What is Spelt Bread? Delicious.

The question of “What is spelt bread?” is relatively simple to answer — it is bread made using spelt wheat flour. But there is much more to the story of spelt – and bread, that can be explored. This post will cover all that you need to know about spelt, bread, and how spelt bread is a delicious way to enjoy an ancient grain in one of the oldest and most important foods.

What is whole spelt bread? Well, it is bread made out of spelt flour. What is spelt? See our post for everything you ever wanted to know about spelt.

Spelt is a grain, very similar to wheat. The spelt grain is actually related to wheat, but is different in many ways. We cover the differences in detail in our posts: What is Spelt Four, but we will give you a brief summary of spelt and spelt flour here as well.

In the meantime, you may also be wondering, “Is spelt bread gluten free?” The short answer is “no.” But you can learn all about it, if you check out our posts: Gluten in Spelt, and Is Spelt Gluten Free?

Spelt, also known as dinkel wheat or hulled wheat, is an ancient, heirloom species in the wheat family of plants. Spelt is considered heirloom or ancient because it has been cultivated since approximately 5000 BC and has not been genetically modified in modern agriculture.

What is Spelt Bread? A Whole Grain Bread

Spelt today is still much like it was thousands of years ago. Because spelt was not modified over the years, it also naturally varies quite a bit more than wheat. Common wheat is consistent because most wheat comes from the same genetic line. Spelt, however, varies based on how it is grown and the geographic location in which it was grown. 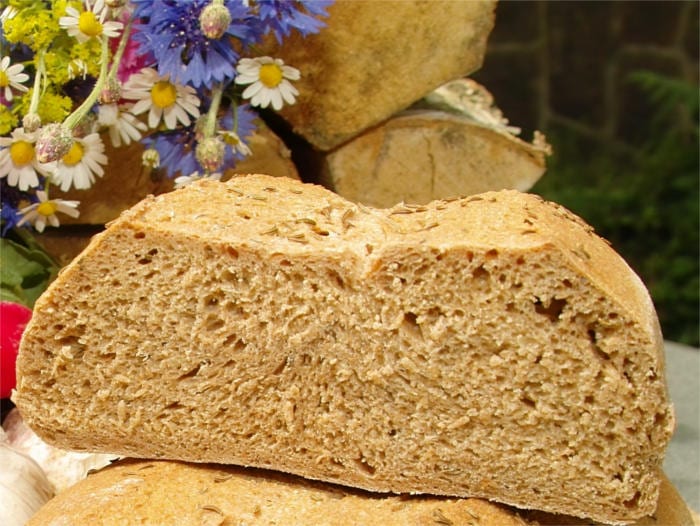 Spelt flour is almost always made from the whole spelt grain or “berry”. Wheat flour, however, is often refined to remove parts of the whole grain. So bread made from spelt four is a natural, whole-grain bread.

The other ingredients of spelt bread are very similar to traditional wheat-based breads. Try our spelt bread recipe for a delicious answer to the question, “what is spelt bread?”

Now that you know most of the answer to “what is spelt bread?”, we can get into a bit more about the history and importance of bread.

The origins of bread (and the act of breaking bread) are traced to the first gatherings of people. Ancient clans, long before recorded history, left behind evidence of their close relationship with this essential food. 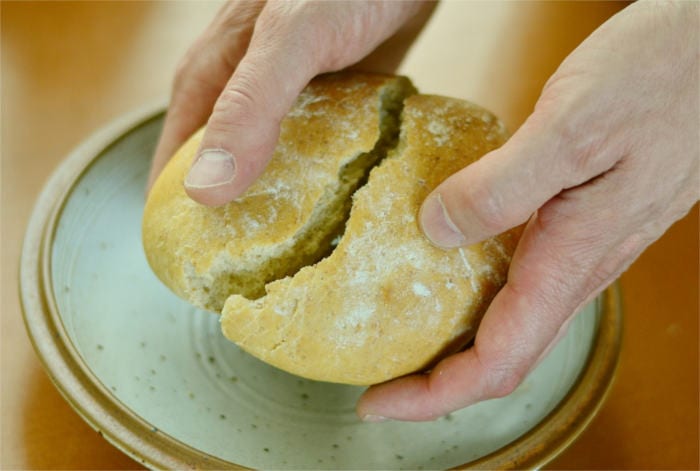 To this day, bread is still the most commonly consumed food in the world; no other single food source is so widely or regularly consumed. Nor does any other food follow the footsteps of man so closely.

While bread is as common in our lives as in any medieval diet, it has come under scrutiny of late due to its sin of being composed almost entirely of carbohydrates!

In the ever-rotating roulette wheel of nutrition, we have (for the time being) landed on carbohydrates as the enemy of good health. Thus bread is officially demonized. But before we eject these bundles of carbs from our lives, we should take a closer look at bread and how it just might have a place in the pantry (and our bellies.)

The Bread of Life

“There are people in the world so hungry, that God cannot appear to them except in the form of bread.” ― Mahatma Gandhi

The story of bread is really the story of civilization. Arguably the most important human food source, bread is a great store of calories and essential vitamins and minerals. But it is also an object of production and consumption from which civilizations have emerged and thrived. 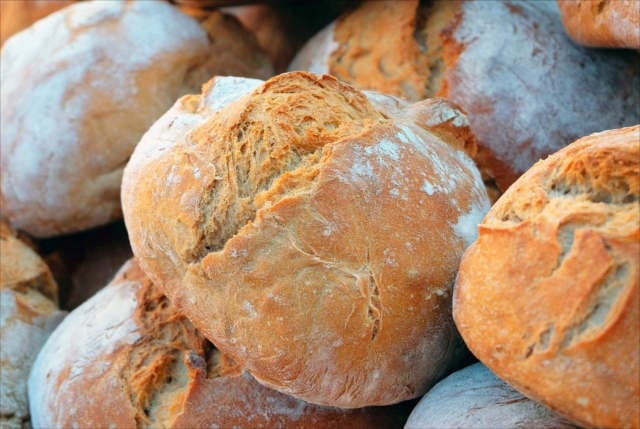 It was not long ago that bread filled an essential role in the daily lives of most people. Bread was at the center of family, community, civility, and spirituality. From the cultivation of grains to the baker’s shelves, bread was a unifying force in human cooperation.

While this is still true for many around the world, bread has been relocated from the hearth to the corners of our grocery stores. But bread is still an icon for what it means to be human and the unique relationship we have with the bounty of nature.

So when you ask, “what is spelt bread?”, you are asking about more than just some food item.

A Brief History of Bread

Bread became what we know today through a long process of cultivation and innovation that traced the progress of humans mastering their environment. In fact, “what is spelt bread?” is the answer to a different question: what was one of the first breads ever made by humans? That’s right, spelt bread is as ancient as bread itself. 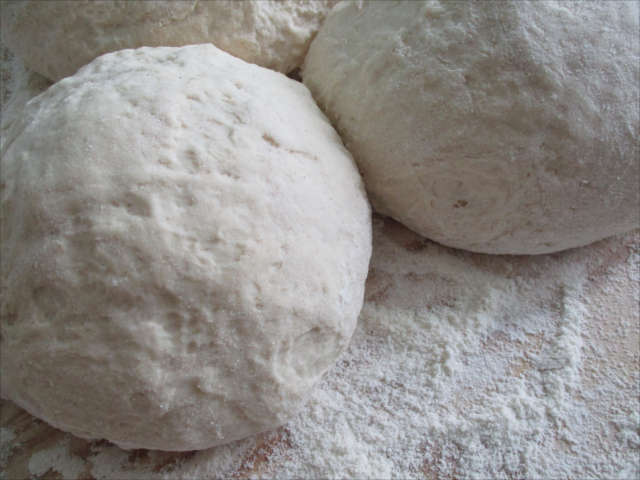 The Magic of Yeast

In ancient civilizations, grains like wheat and spelt were difficult to consume. So a means to grind them into a paste was invented. Then, the need for mobility required a more durable and convenient form. So the paste was heated over hot stones or embers into a hardened crust.

This unleavened (or flat) form of bread would last for thousands of years until people discovered that wild (and mysterious) yeast would make their homes in the bread dough. The uncooked paste of grain and water would be revolutionized by microscopic critters.

The Rise and Fall of Yeast

As yeast consumes the natural sugars in the grains, CO2 is released, resulting in bubbles. When trapped in the batter, these bubbles create additional space, making the bread expand. When heated, the bread trapped air expands even more and rises or “leavens.”

It wasn’t until around 1000 BC that the Egyptians were able to isolate yeast and introduce the culture directly to their breads. During that same time, a new strain of wheat was developed that was easier to grind into flour. This combination of cultivated yeast and refined wheat was the first ancient bread to resemble our modern bread. 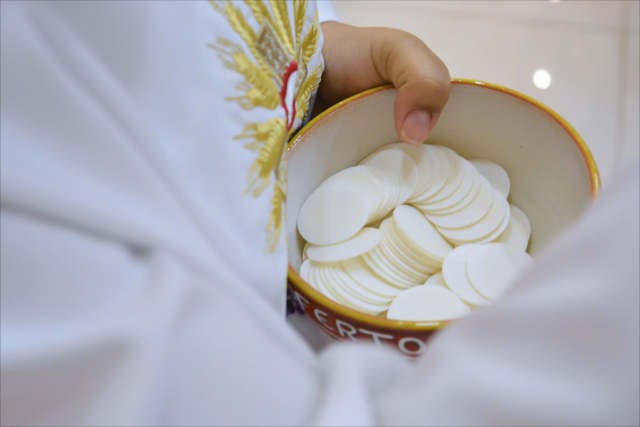 A Tradition of Unleavened Bread

Bread would continue to be an essential part of life, a “staff of life”, for eons. The essential role of bread throughout human history is confirmed by its importance in religious texts, rituals, and ceremonies that remain to this day.

“Give us this day our daily bread” means much more than merely a stay of hunger. Our daily bread is about moral sustenance. So when we think of “what is spelt bread?”, we think of it as more than just a food. Spelt bread is an opportunity to share and to be grateful for the ancient tradition of bread. 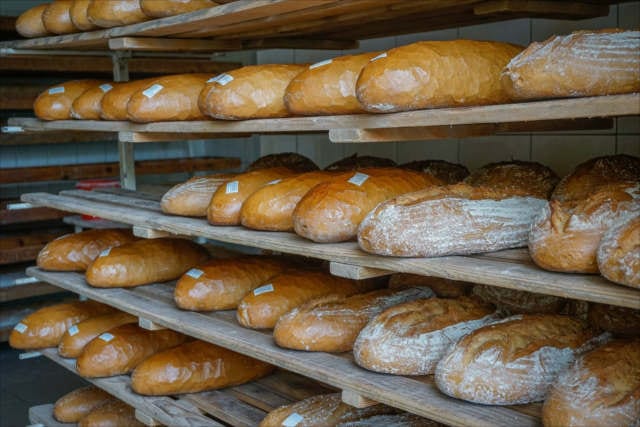 What is Spelt Bread? A Currency of Love

What is Spelt Bread? A Symbol

A loaf of bread contains valuable nutrition and calories but it also carries the part of the story of humanity. From disparate clans to modern civilization, bread is a result of the culmination of man gathering together and harnessing nature. There is much beauty in its simplicity as a food. But as a symbol it carries the complex relationships that bind us to a shared history and a shared world.

Hildegard and The Gift of Breaking Bread

Bread is a powerful recurring theme in Hildegard’s spiritual work and her notion of food as medicine. So, Hildegard of Bingen, our namesake and inspiration, might have answered the question of “what is spelt bread?” like we have here.

Hildegard may have seen bread as a direct result of our interconnectivity with nature and those around us. In a way, bread is also symbolic of her rule of fours. As in, the four elements of earth, fire, air and water that comprise the universe. The four elements are also required to make bread.

“Breaking Bread” serves our bodies, but also a higher purpose. Whether it is the Holy Communion, or the gift of a meal, bread represents a means to enrich our spirit, mind, and body.

Much of what makes Hildegard’s holistic thinking so timeless is that it focuses on simplicity and moderation. For Hildegard, living a healthy life meant living through moderation in all things, including meals. 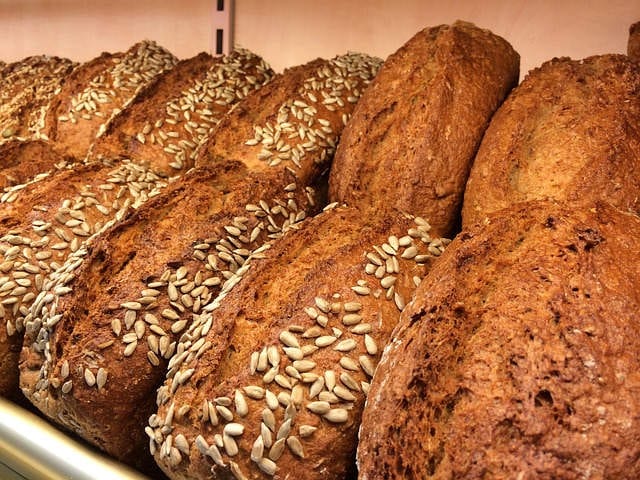 What is Spelt Bread? Delicious.

During Hildegard’s time bread was a central staple of meals. Spelt was also a common grain used in baking bread. So it is not surprising that many of Hildegard’s fasting guidelines included small amounts of spelt bread.

What is Spelt Bread? An Opportunity

We hear a lot about how “bad” carbohydrates are these days. But through moderation, we can see that the problem is likely not those evil “carbs”, but instead one of excess, indulgence, and apathy. Bread has an important place in the human experience. Spelt bread can be a healthy and flavorful way to bring bread into your home and a regimen of holistic health and wellness.

So what is spelt bread? It is an opportunity to break bread with those you love. In moderation, of course.