While philosophers and deep thinkers ponder the origins and nature of happiness – and hucksters of pills and patented programs market their next best secret, we will look into a simple, ancient approach to invite happiness into your life.

The Power of Joy

“…and wherever there is joy we can find happiness” – Hildegard, LVM.

In Hildegard’s Liber Vitae Meritorum (“LVM”) or “The Book of Life’s Merits” she continues her work of illuminating her visions in text. In this second of Hildegard’s three books of visions, she sets out to delineate the human condition according to various sins, to acknowledge the human weakness that separates us from the divine.

Yet this human weakness – or sin, is not without purpose or salvation. Through her visions she is drawn toward the notion of balance, a recurring theme in much of her work, to call upon the corresponding virtues that can be lived as a means to bring us closer to communion with the divine.

A seemingly tall order, but in the pursuit of these virtues, she sets out a compelling framework for a life full of rewards. Happiness being but one. 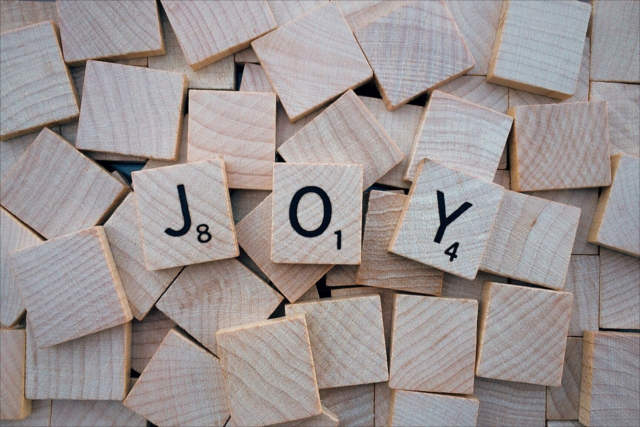 Hildegard avoids some of the modern trappings of happiness. The most common being that the emotional state of being “happy” is fleeting, transitory by definition. So by framing it differently, as a downstream effect of seeking joy, Hildegard ties happiness into something greater than a mere feeling.

Now, joy and happiness may seem synonymous, but to Hildegard the power of joy is the gateway into much more than happiness; it is a path toward salvation; it is a gift from the divine, a reflection of the beauty of life.

The Joy of Selfless Giving

“Whenever our body does just and good works, the soul rejoices at the thought of eternal life.” – Hildegard, LDO

Liber Divinorum Operum (“The Book of Divine Works”) was Hildegard’s final visionary work culminating the nature of man, God, and the order of all creation. Pretty heady stuff. But within the various complexities, she continues to touch upon the power of joy.

“…in this way the souls of the just are raised up to joy and advance to life through life.” – Hildegard, LDO

The joy of giving

Hildegard’s focus on joy and not merely happiness is important in two major ways. First, it anchors the “secret” of happiness in something that is greater than the self. This is an important quality that connects us to others and to a higher purpose. It also places precedent conditions; happiness comes from our own act of giving to others, as opposed to something to be sought out for our own benefit. 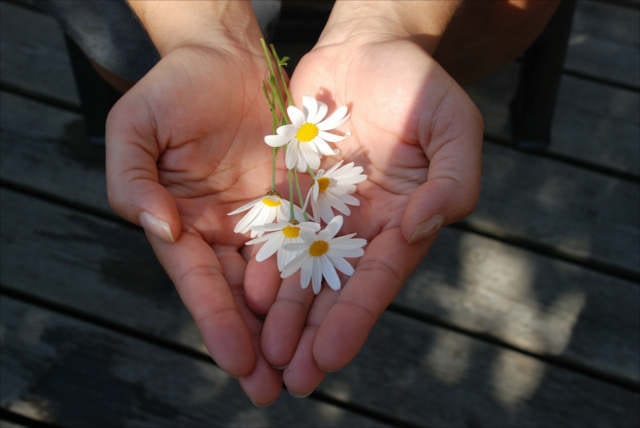 Second, joy is a divine gift just as life itself, thus it is an innate part of our physical being, a gateway to a higher purpose, and evidence of the interconnectivity of nature and the universe.

In practical terms, joy is all around us, within us, gifted to us, but also something to be pursued as a means to the rewards of life and the reward that waits beyond the physical life.

So the question of happiness becomes acknowledging, recognizing, and action upon the joy that is all around us.

The Modern Myth of Happiness

Modern culture has seemingly elevated happiness to the ivory tower of our lives. It is a vexing thing, how happiness exists as some enigma always just out of reach while also being flaunted as something so ubiquitous that we should be able to cull it from the ether whenever we want.

Happiness has also become a highly personal arbiter of success at living the good life, the zenith of the human experience. Like some currency used to designate your status among the happiness class. The fleeting nature of the emotion is ignored in favor of the illusion that such a state can – in fact should, be a lasting. The result is that happiness becomes a pursuit decoupled from virtue, in other words, an entitlement.

Luckily we sometimes find our way, in spite of ourselves.

The secret of happiness is giving

“Then true joy wells up in a persons heart, because he or she knows that the other person has found happiness in mutual recognition and giving.” – Hildegard, LVM

Scores of books, lectures, self-help programs, and motivational programs address the idea of happiness. The problem, as Hildegard might frame it, may not be a lack of happiness in our lives, but rather a lack of purpose, which is to say a lack of giving, creating, and growing.

So why a lack of purpose? 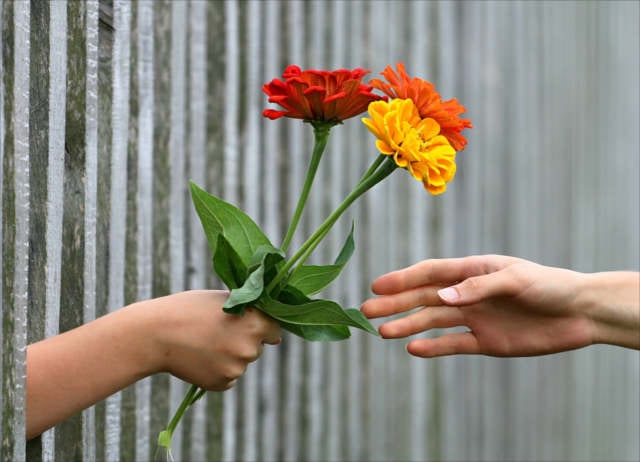 Too often our anticipation – or measure of potential happiness is how we filter most of our choices. This inward focus works against our ability to find and labor at our purpose, which is how we do good.

When Hildegard’s wrote of joy and happiness she spoke from a position that presumed the act of giving, just as her ideas on interconnectivity and creative power were through the lens of sanctification. It takes work. It is the act of selfless giving – which in itself is an act of recognizing and surrendering the self to the power of joy, from which we might harvest a benefit like our own personal happiness.

Hildegard understood the nature of happiness found through the joy of giving. Even while she suffered greatly and confronted physical and spiritual challenges, she seemed to know that the secret was not much of a secret at all.

As she worked tirelessly to give comfort to others and serve her abbey she must have come to know the seeds of happiness are to be sowed through the labor of love: giving.

So next time you are contemplating the secret of happiness, commit yourself to doing something for someone else. If happiness is just out of reach, move toward someone else. Find those opportunities to connect; seek out the joy of giving, tap into your generosity, and your own happiness will certainly follow.

Still don’t believe Hildegard? Bake some Hildegard joy cookies and give them to someone else to enjoy.