Hildegard’s work in Causae et Curae, on the origin and treatment of diseases, offers a fascinating glimpse into Hildegard’s world view, and the theological underpinnings of her thinking around natural healing, naturopathy, and bodily juices. Even today, Hildegard’s descriptions provide a thought-provoking look at the causes of certain maladies and diseases.

The Rule of Fours in Hildegard Medicine 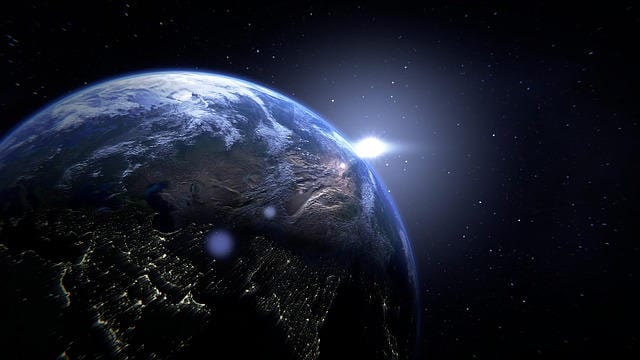 According to Hildegard, the Earth is composed of four primary elements and was given to man by God. In her book, Rooted in the Earth, Rooted in the Air, Victoria Sweet discusses the 4 elements as earth, fire, air and water. According to Hildegard, Fire strengthens, Earth provides life force, Air supports flexibility, and Water moisturizes and nourishes. Everything flows together, and no element can exist without the other elements.

Ideally, all creatures coexist and contribute to the interplay of the four elements, with every creature in relationship to one another. The elements benefit man; they nourish him, and provide him with a home. The basis of this orderly structure depends on the coexistence of man and elements, where everything has its place, meaning, and purpose. Driven by actions and faith, man occupies the center of this interrelationship.

Paradise Lost May be Found

In Biblical lore, it was the fall of Adam and Eve that first compromised the intended structure of the universe, bringing disorder to all creation. When viewed through the lens of Hildegard’s microcosm-macrocosm, the fall from the Garden of Eden disrupted our relationship with nature, which lead to physical and spiritual changes in man, physical fragility, suffering and modern diseases. 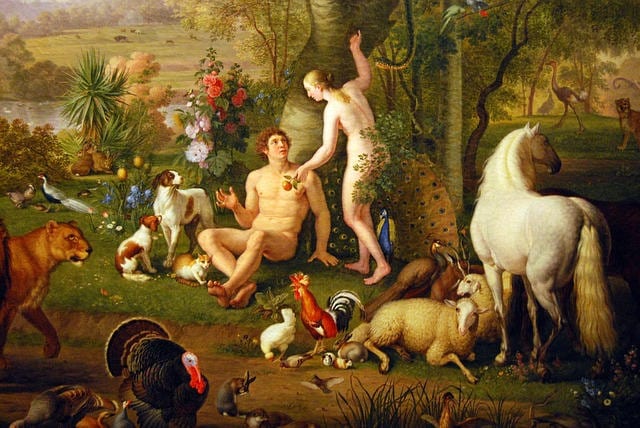 As a result, the integrity of man’s original constitution (constitutio) was altered. Not all is lost, however, as the Creator has preserved a means for us to restore our unadulterated state. According to Hildegard, diligent work leads to a virtuous life, and thereby we may regain divine salvation (restitutio).

The Four Elements and Bodily Juices

According to Hildegard’s descriptions, the four elements interact in the human body as well as in nature to form the body and mind. Of the four basic elements, two possess heavenly qualities (air and fire), and the other two (earth and water) have earthly qualities. The two higher elements form the spirit, which is intangible in nature, whereas the body forms from the lower elements. 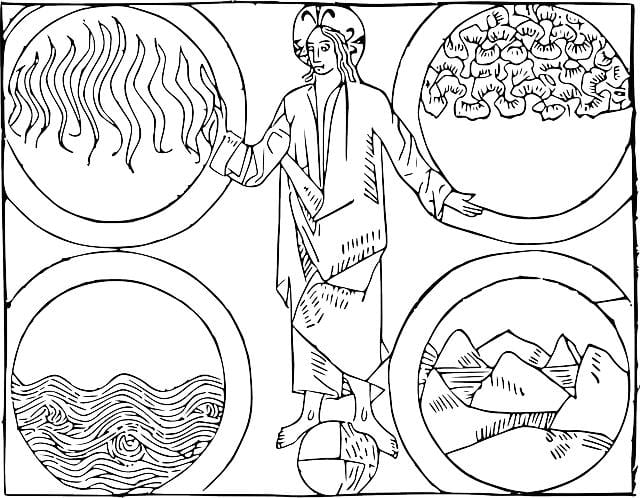 The four elements remain equally interconnected as much in people as they are on Earth. These elements moderate, support, and balance one-another. The resulting interplay forms our bodies and spirits, culminating in the human being to give him life.

Fire gives sight, the air gives hearing, water contributes motion and Earth creates the body and its gait. The soul is sent by God is further characterized by the deeds of men.

The Four Bodily Juices or Humours

Diseases arise from the imbalance of phlegmata or juices in the body; these are often referred to as bodily humours. These bodily juices, as Hildegard described them, formed after the fall of man, and they determine health and sickness, as well as character and temperament in the people.

Hildegard’s views on bodily juices or phlegmata were consistent with the common medical wisdom of premodern times. She incorporates several aspects of humoral pathology into her methodology, while also incorporating her own unique elements. One such element was in how Hildegard further subdivides her system of four bodily juice into two dominant and two secondary juices.

The nature of Hildegard’s four bodily juices relates to the composition of the four basic elements in the following manner: fire produces dry phlegm, whereas air produces moist phlegm; water produces frothy phlegm and earth produces a lukewarm condition. As with the element, our bodily juices attain their natural state through balance and harmony. Any disruption results in disease.

These juices can occur in different combinations and thereby determine the character of the human being, as well as his physical condition.

“The man with the lukewarm phlegm is a sad and anxious. With him, the black bile is present in excess and compromises the brain and heart. This man is God-fearing and can also live quite long because his phlegm neither excessively harms him, nor makes him completely healthy.” – Hildegard of Bingen

In this way, Hildegard deals with most juices and the corresponding character such that the predominant phlegm and the arrangement of all other juices determine a person’s character.

In Causae et Curae, Hildegard describes a total of 16 possible character types. She describes why a person acts in a certain way and what juice causes that behavior. She also speculates on the influence such behavior has on a person’s life. Through this process, Hildegard attempts to explain why people act differently and how their lifestyle and temperament impact their lives and their life-expectancies.

The balance of juices determines our character and life span, and the composition (qualities) of those juices further defines our respective character.

Hildegard always traces disease to an imbalance of our juices. According to her understanding, a life of measure and Godliness is the best path toward maintaining a balance of the juices, and thus health and wellness of body and spirit.