What is Arthritis vs Osteoarthritis?

Arthritis, or rheumatism is an inflammatory, relapsing dysfunction in the joints, categorized among rheumatic ailments, including numerous types of arthritis, arthrosis (osteoarthritis), and gout. Together, these and other conditions, marked by inflammation and pain in the joints and connective tissues, are often referred to as arthritis & rheumatism.

What is Rheumatoid Arthritis

Rheumatoid arthritis (“RA”) is a type of arthritis caused by an autoimmune disorder that affects the joints and connective tissues, often in the wrists and hands. It is a degenerative condition that primarily impacts the synovial membrane, a specialized connective tissue responsible for maintaining lubrication of the joint.

RA results in inflammation and often causes structural changes within joint structure, the cartilage on the ends of your bones, and possibly the bone. RA can “attack” several joints, but in many cases the worst symptoms are in the fingers, hands, and ankles.

Arthrosis, or osteoarthritis (“OA”), is the most common type of arthritis. OA is caused by normal wear-and-tear on the joints that results in damage to cartilage, the tissue that covers the ends of bones and helps joints move smoothly. As the cartilage degrades, the friction in the joints increases, resulting in stiffness, inflammation, and pain.

Cartilage is a smooth, gelatinous tissue that protects the ends of the bones within the joint from rubbing. As the amount of cartilage wears down over time, the bones make more contact, which can result in not just pain and stiffness but also hardening and deformations at these points of contact. 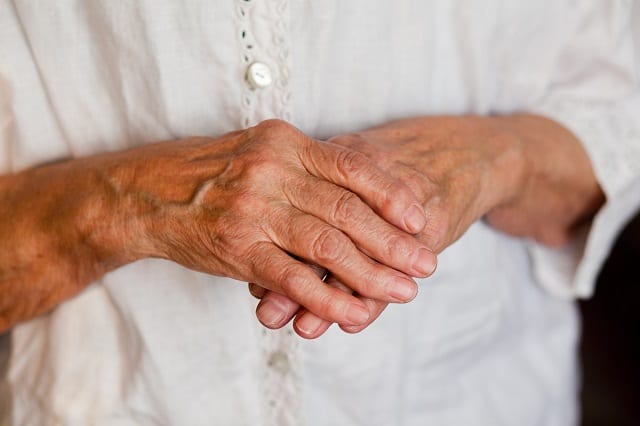 Hildegard of Bingen considered inflammation of the joints among the most basic illnesses. Hildegard believed that a negative attitude toward life, decreasing vitality, and lack of ability to regenerate among the most alarming symptoms. She even diagnosed the cause as a metabolic disorder in the tissue caused by an imbalance of the life juices, which is not that far off from how modern science explains it.

While osteoarthritis or arthrosis typically presents only in the affected joint areas (often knees and hips), in rheumatoid arthritis the symptoms are much more varied and widespread. Acute flare-ups (from weeks to months) present with joint pain and joint swelling, but often include fever, extreme fatigue, and loss of appetite. 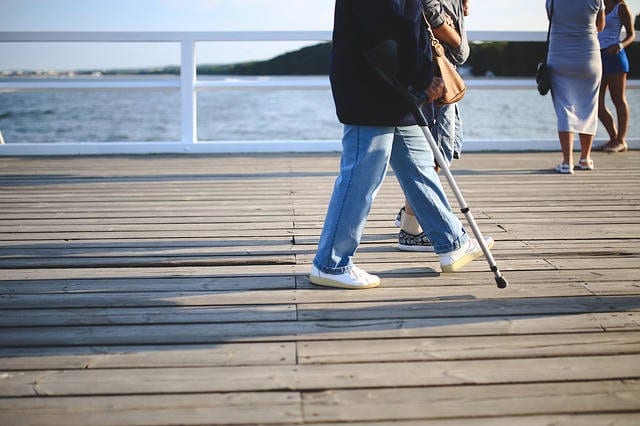 Since RA is caused by an immune system malfunction, the affects of this malfunction often manifest in other areas of the body. Due to stress on the immune system and the systemic nature of the underlying disorder, RA can also be accompanied by:

The current theory on RA states that errant autoimmune processes lead to the body’s own antibodies attacking the tissues around the joints, primarily cartilage synovial membrane, as if it were a foreign body. The painful inflammation is a result of the body reacting to the antibodies as well as the resulting break-down of the joint tissues.

What actually causes the autoimmune malfunction remains unclear. In fact, the idea that inflammation of the joints finally destroys the joint and the bones has not been proven consistently true. The scientific community continues to explore the relationship between health of the immune system and arthritis, but definitive measures, in terms of prevention or treatment are limited.

The immune system is a complicated array of processes, organs, and functions. Both the errant antibodies and the resulting damage from the body’s own conflicting systems of protection and healing include many variables that make it difficult to diagnose, treat, and study.

The relationship between a healthy immune system and arthritis & rheumatism is, however, a central aspect of the disease. Some studies have even linked antibiotic intake in adolescents with higher incidences of juvenile arthritis. 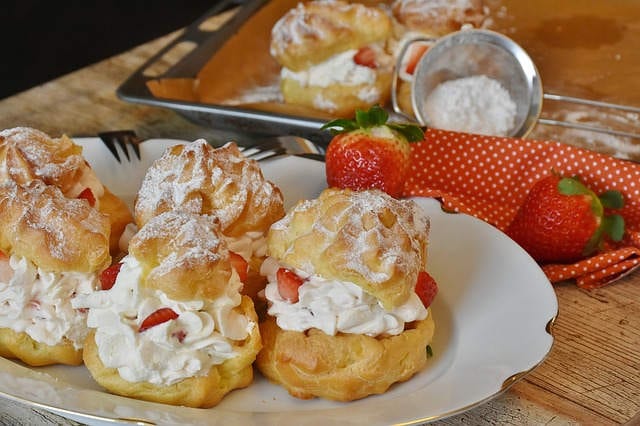 There are many factors that may increase the likelihood of arthritis & rheumatism, including:

All of the treatments are broad applications that have side effects. Like most pharmacological interventions, it is a matter of trade-offs between the analgesic benefits of the medicine and the side-effects.

Painkillers and NSAIDs for Arthritis

In the initial stages of arthritis usually painkillers or NSAIDs (eg. as diclofenac or acetyl salicylic acid) are prescribed. Neither has much to do with healing, but instead focus on reducing the inflammatory response or blocking the pain signals. For many people, particularly in early stages of arthritis, these can provide much needed relief from the symptoms. But there are many side effects with these medicines, including stress on the stomach and liver that unchecked can lead to ulcers, bleeding, and liver damage. 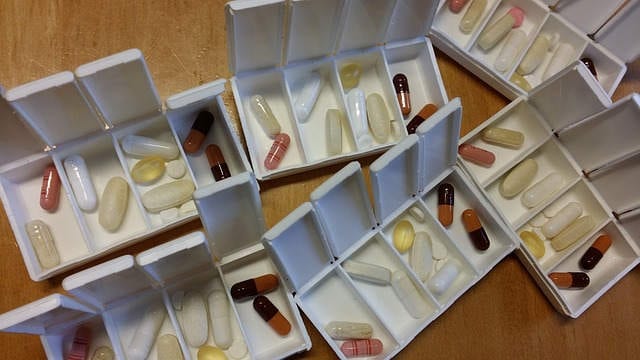 The NSAID Diclofenac reduces the blood supply to the kidneys, which – especially in previously damaged kidney – can be problematic.

Occasionally cortisone, a type of corticosteroid, is prescribed. Cortisone is a powerful anti-inflammatory drug that is often injected directly into the damaged tissues but can also be taken orally or applied topically. It is often associated with pain relief but the relief is due to the reduction of inflammation. For some specific areas of pain (inflammation), cortisone can lead to prolonged pain relief, but it is not without side-effects.

The effects of cortisone can extend beyond the area of concern, leading to potential complications. Prolonged use can also lead to high blood pressure, a stronger feeling of hunger (and, consequently, obesity), muscle weakness, osteoporosis, and bruising.

Cortisone and DMARDs can cause serious side effects

In fact, cortisone can trigger serious eye diseases (glaucoma and cataracts), diabetes, skin lesions, and depression. Since cortisone inhibits inflammation, the body’s immune system may also be weakened, making one more vulnerable to infection in general.

The so-called DMARDs are those medications that fall under the term “chemotherapy”. They are typically used in high doses in cancer but are occasionally used in smaller doses as an immune system suppressant. In cancer patients, this immuno-suppressive side-effect is potentially quite dangerous and thus measured carefully against the cancer-fighting benefits.

In arthritis cases that are not responsive to NSAIDS or cortisone or pain management, one approach is to suppress the immune system in order to reduce the malfunctioning aspect that is causing the inflammation. The thinking behind the use of DMARDs is to directly treat the immune response of the body that is causing arthritis.

Typical agents in this category include: methotrexate, sulfasalazine, azathioprine and chloroquine. Unlike the other symptom-oriented drugs that are designed to relieve pain or inflammation, these agents suppress the body’s immune system almost completely in order to attempt to shut down the misguided antibody reaction.

Specifically, they inhibit, in the case of azathioprine, the proliferation of key immune cells of the body. Unfortunately, the result is that cells are blocked that are actually supposed to protect the organism from disease and death. In order to mitigate the “bad” immune response, all other good responses are also impaired.

The DMARD approach still does not address the causes that actually trigger this inappropriate immune response; it merely shuts it down, like pulling the breaker on the entire house to stop a flickering light. This therapy does not promote healing of the underlying issue and is still only a symptomatic treatment, which despite all the promises may have a number of serious side effects.

Unfortunately the effects of DMARDs often take several weeks to several months to become noticeable and they don’t seem to work for everyone. The fact is, even DMARD treatment is temporary. During this prolonged period of suppressed immunity, the side effects can stack up.

Biologicals (“biological drugs” or “biologics”) such as TNF-alpha blocker, are new medicines coming out of bio-genetics research. The description of their mechanisms of action sound very promising but the problem of biologics is that they have not been around for a long time and thus the efficacy and long-term outlook remains unclear. Many are still in trail phases and others have not been around long enough or prescribed often enough to generate a robust survey of outcomes and side effects.

Find our guide to the Arthritis Diet here.

This is an exciting area of progress but it should also be viewed cautiously as it involves a very complicated system of intervention that will likely have its own set of trade-offs to consider.  Hildegard emphasized the relationship between rheumatoid arthritis and diet.