Almost everyone has had some encounter with stinging nettle, usually in the form of painful contact with its leaves. In spite of its unfriendly nature and its perception as a hostile weed, nettle serves as a worthwhile medicinal plant with a long tradition in monastic medicine.

Hildegard von Bingen had the following to say about the medicinal effects of nettle.

“when it sprouts fresh from the earth, it is useful cooked as food for people because it cleans and purges the stomach.”

Both varieties are scarcely different in their make-up. In traditional German herbal medicine, however, the large nettle is more commonly used.

In the Middle Ages monks were forbidden from eating nettle seeds. The seeds contain beta sitosterol, which operates like a hormone and is said to possess the properties of an aphrodisiac. Beta sitosterol also promotes milk production in lactating mothers.

Modern science supports the internal use of nettle leaves to help treat the discomfort of urinary tract infections and the treatment and prevention of kidney stones. Internally and topically applied, nettle can improve the symptoms of rheumatism including minor forms of arthritis. 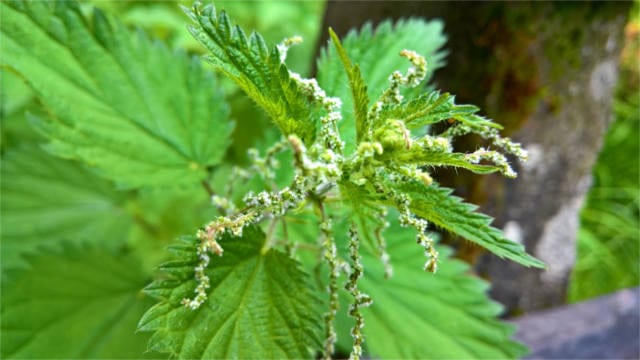 The root of the stinging nettle is scientifically recognized to support the treatment of minor prostate conditions. When ingested, urine flow increases and the amount of residual urine decreases.

Studies conducted by the universities of Frankfurt and Munich, demonstrated that daily consumption of a small dose (around 50 grams) of stinging nettle worked as a painkiller for people suffering from Arthritis. Another small study found that eating stewed nettle leaves was a helpful addition to the anti-inflammatory drug diclofenac, significantly reducing the side effects of the drugs and increasing well-being.

The Uses of Nettle

Nettle leaves stimulate the entire body’s metabolism, which makes it ideally suited for a Spring Cure to stimulate the excretion of metabolic waste. In addition to its stimulating effect on the immune system, traditional German medicine holds a special place for stinging nettle to fight fatigue and exhaustion.

Nettle leaves are often included in tea mixtures designed to address minor liver and gall bladder disorders as well as gout and rheumatism. For use as a detoxifying Spring Cure, a tea can be prepared solely from the leaves or roots of the nettle. The daily dose should not exceed 12 grams leaves or 6 grams of root. 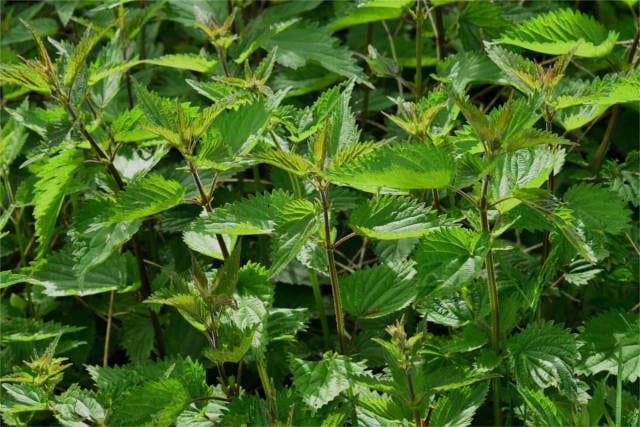 Use gloves when harvesting nettle. The herb can be gathered in Springtime, when it is young and before flowering occurs. Nettle is best fresh but is also fine after gently drying. For harvesting the roots, wait until autumn when the plant is mature and will have a more established root ball. Some natural grocers or herbal shops will carry dried nettle as well as fresh juices and premade preparations made from nettle extracts.

Nettle may also be eaten along with salads, omelets, or as a spice. It adds abundant nutritional value as well as a fantastic taste. Nettle also supplies seven times as much vitamin C as oranges and half of the carotene found in carrots. Nettle is a good source of protein (up to 9 percent of its mass), making this vegetable a particularly well-rounded staple.

Health Remedies and Uses of Nettles

You find the highest concentration of flavonoids in fresh cut nettle leaves. Using gloves, nettles are easily collected and juiced. For the less adventurous – or geographically limited, stinging nettle juice is also available as a finished product. As a home remedy, dry and rub fresh nettle shoots into a powder. This can be used as a seasoning to improve the taste of food or cooked in small quantities as a good remedy for minor stomach and intestinal issues. 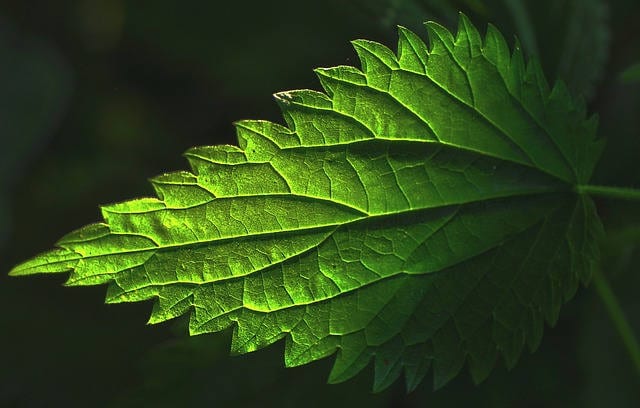 Using a stinging nettle tea for a spring cure can last up to six weeks. For a using stinging nettle as a juice cleanse, however, it should not be used for more than two weeks. In the course of the treatment, some people experience mild diarrhea. This is a normal part of the purification process. If this condition is more severe or persists, reduce the dosage or consider an alternative.

Combine the chopped onion and garlic in oil and allow them to sauté. Add the nettle leaves and leeks (cut into small rings). Let everything simmer until the leaves have collapsed. Then mix the diced potato and add the broth. Let the soup simmer for 30 minutes. Finally, purée the soup and season it with salt, pepper, and nutmeg.

To prepare a cleansing nettle tea combine dry herbs. Add 1 tablespoon of this mixture to ¼ liter (32 ounces) of boiling water and let steep for 15 minutes. Use a natural tea bag or ball or strain before drinking. For detoxifying and stimulating metabolism consume 2-3 cups of this cleansing nettle tea daily throughout the day over six weeks. To support the effect, drink one glass of water along with each cup. 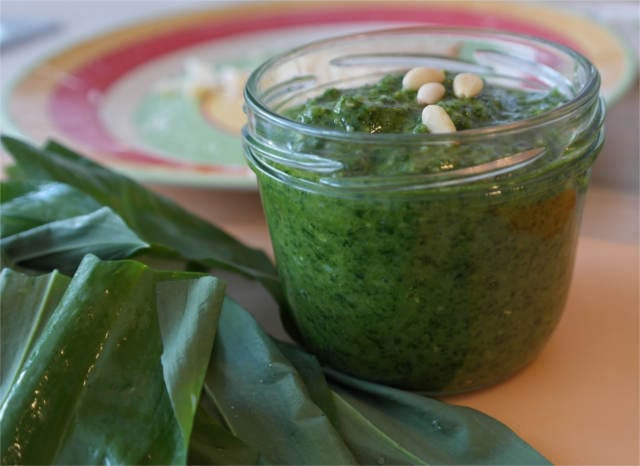 Combine all of the ingredients (except the olive oil) to a food processor and pulse until the nettles and basil are a smooth paste. Gradually add the olive oil into the processor while it’s running. Add more oil to achieve the consistency you prefer.

The leaves and shoots of young fresh stinging nettles may also be eaten as vegetables. You can eat nettles with other leafy greens in a fresh salad. Young nettle may also be served as a tasty herbal soup, in a nettle-spinach omelet, or mixed into a pastry.