7 Tips for Probiotics and Digestion

Digestion plays a crucial role in overall health and well-being, according to Hildegard of Bingen medicine. What is the relationship between probiotics and digestion?

Probiotics are living organisms introduced into the body for beneficial purposes. The name probiotic is a categorical term that can be applied to numerous types of bacteria – a kind of catchall for a multitude of strains that have a wide range of characteristics and potential benefits.

The principle behind bacteria classified as probiotic, i.e. “good” or “healthy”, is based on the fact that the bacteria are already present in your digestive system. While much is still not known, research does associate several positive outcomes with the presence of probiotics and digestion.

Even so, there is no official list of probiotics relative to specific strains, functions, and benefits. Researchers are not even sure of how many of these organisms are present in our bodies or what constitutes “normal” in terms of the number or type of strains. What makes this area of study even more complex is that we each have our own unique composition of digestive bacteria, a kind of gut fingerprint made up of microscopic critters.

The rapidly growing market for probiotic supplements and the conflicting scientific information around probiotics leads to a lot of confusion. This post will give you a better understanding of what we know about probiotics and why eating more probiotic foods, or even supplementing with probiotics, might be right for you.

Probiotics are those foods or supplements that contain live strains of the beneficial bacteria. Prebiotics are those foods that have been determined to encourage and support the beneficial strains of bacteria already present in your digestive tract. If you think of your gut as your garden, probiotics would be the seeds and prebiotics would be the fertilizer.

As for probiotics, there are two ways in which you can ingest them: food sources that naturally contain live cultures and supplements. 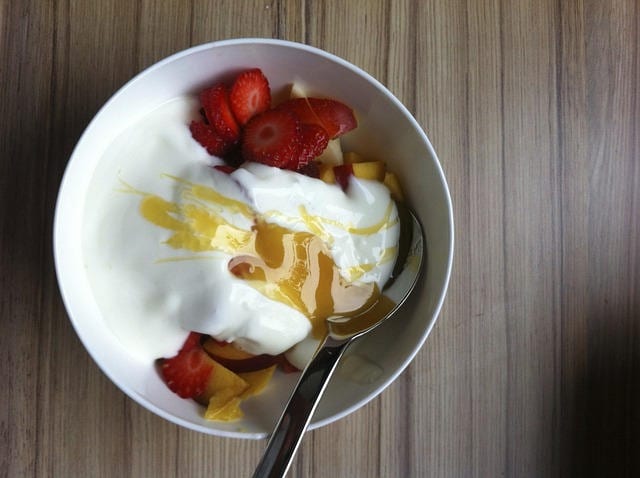 Before they even had a name, probiotics were simply a part of normal dietary intake. This is largely due to our friend fermentation, as a primary means of food preservation.

Probiotic foods are those that have been fermented (or “cultured”) by exposing them to bacteria (and sometimes yeast). These foods usually contain live or “active” strains of bacteria that are ingested along with the food.

The category of probiotic is often used in marketing to associate a product with good health. Most yogurt labels used to include “contains live active cultures”, but increasingly the labeling highlights the specific cultures (“strains”) and even has statements such as “contains probiotics”.

The growing popularity of kombucha has similarly leveraged the notion that probiotics and digestion are synonymous with healthy. While the jury is till out on the actual efficacy of probiotics, there doesn’t seem to be any harm in attempting to replenish gut bacteria. 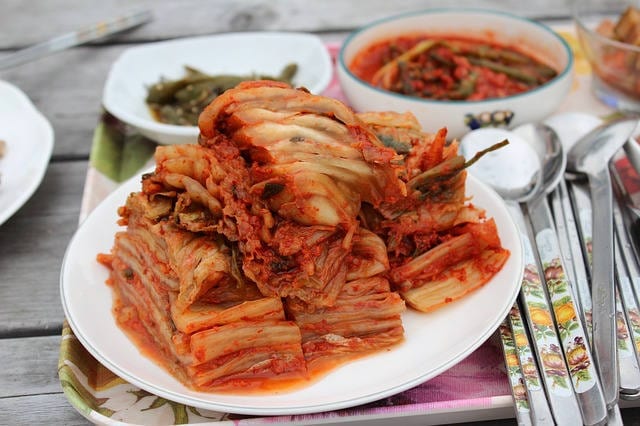 Over the past several decades, the western diet has moved away from fermented foods and now includes more processed foods. The lack of fermented foods means that these beneficial bacteria are not regularly ingested. Further, the high sugar and low fiber contents of processed foods means that the food (fiber) that the good bacteria require to flourish is also not being ingested.

Aside from the obvious health implications, the medical community has been paying greater attention to the relationship between these dietary shifts, the resulting impact on gut health, and how gut health impacts many other aspects of overall health. As a result, the supplement market has exploded with probiotic concoctions, all making various claims that are still rather dubious. We’ll get to those claims later. 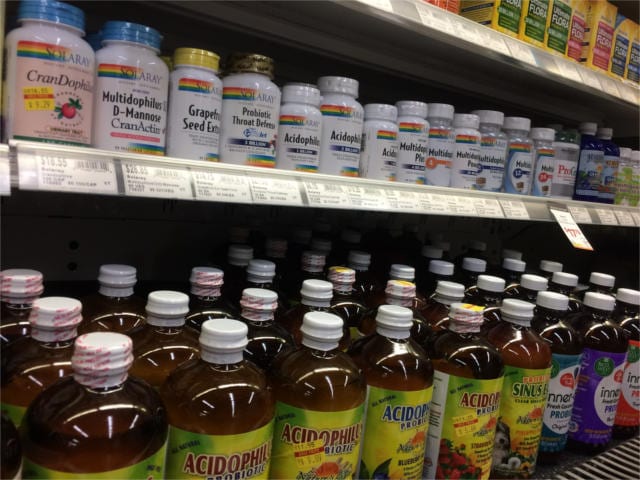 The most common are bacteria that belong to two groups called Lactobacillus and Bifidobacterium. These groups include many sub-strains of bacteria. Occasionally, yeasts such as Saccharomyces boulardii will also be included. Supplements come in liquid, capsule, and powder forms.

Some of the more common and most researched strains include the following:

Believed to be one of the most beneficial, this strain is also naturally found in probiotic foods like kimchi and sauerkraut. What makes it one of the better strains is that it tends to survives in the stomach long enough to pass further into the GI. It is believed to perform functions that may help regulate immune function, reduce inflammation in the gut, support the fragile mucosal gut lining, which reduces the risk of leaky gut and reduces the symptoms of IBS.

L. acidophilus is the king of fermented dairy products. It is also believed to help maintain balance between the “good” and “bad” gut bacteria, which is essential in maintaining immune health. In women, it helps to limit the growth of Candida albicans, a fungus that can cause yeast infections. There are also indications that this strain helps to metabolize excess cholesterol and produces anti-microbial substances that combat against bad bacterial growth.

Also common in probiotic foods such as sauerkraut and pickles, L. brevis reportedly improves immune function by increasing immunity at the cellular level and promoting T cell growth. It has also been shown to help combat vaginosis, a common bacterial infection of the vagina.

The B. Lactis strain is also found in fermented milk products like yogurt. It has been linked with overall digestive health and immune function particularly in the elderly. It’s also known for eliminating food-born pathogens like salmonella.

The B. Longum is one of the first microbes to colonize our GI. For this reason it has been associated with improving lactose tolerance and preventing food allergies. It’s believed to have antioxidant properties as well as metabolic functions that help maintain cholesterol levels. In laboratory mice, B. longum has been shown to reduce anxiety. 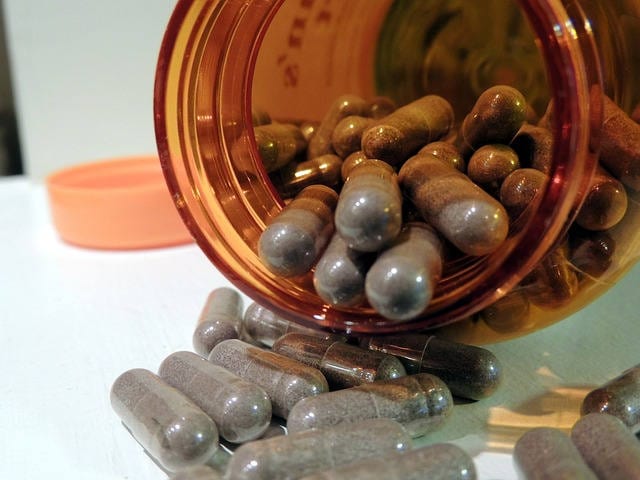 The idea behind a probiotic supplement is to help maintain a balance of the digestive bacteria, which is believed to lead to a variety of healthy outcomes including: improved digestive health, improved immune response, reduced allergic and auto-immune responses, improved nutrient absorption, and even improved mood and cognitive functioning.

Probiotic supplements can be ingested regularly to maintain overall health or periodically to address a specific issue, like after a regimen of antibiotics or digestive illness that has compromised the natural balance of gut bacteria.

The research is somewhat mixed regarding some of the claims being made by marketers of supplements, but there is a general consensus that probiotics can be a beneficial enough to warrant including them in your daily regimen. There are, however, those who are not ready to endorse probiotics and digestion – and their reasons are valid.

Probiotics are generally considered to be safe for most people. Unless you have an ongoing digestive disorder or allergies, most probiotic supplements will not harm you. There are, however, some questions regarding the actual efficacy of orally administered probiotics and digestion.

This line of thinking is very similar to that of the ongoing vitamin supplement debate, which tends to fall into two unanswered questions: cost vs benefits and absorption vs elimination.

As to the cost-benefit, there is a personal consideration relative to what we are all comfortable spending in order to attempt to improve our health – on the margins.

Better nutrition instead of probiotics supplements

There are sound arguments that recommend spending the money you would spend on probiotic supplements on high-quality, whole, organic foods. We have to believe if Hildegard were alive, she would advise to  invest in a better foundational nutrition first. If you are already doing this or have disposable income, then sure, add probiotic supplements to your diet. But the highest return on investment is always going to come from your diet.

Further, there is still a lot of conflicting and ambiguous data as to the actual benefits of probiotics, as well as whether or not the claims on the bottle in terms of number of – and strains of bacteria are actually what you end up ingesting. Only you know best as to what makes you feel better. But be wary of the claims. Focus instead on what your body is telling you.

The uncertain lifespan of packaged probiotics

Once ingested, there are similarly valid questions regarding the survivability of most strains relative to your own digestive process, i.e. organisms that thrive only in your colon have to get past your hydrochloric-filled stomach and nearly 30 feet of intestines first. Research is still well behind in this regard. We are not really sure just how much actually gets into your system.

7 Tips for Probiotics and Digestion

Most probiotic supplements are sold as dietary supplements, which is a category within the purview of the FDA that resides in the regulatory gray area between a food and a drug. Dietary supplements do not require FDA approval before they are marketed.

Instead, the FDA limits the claims that the manufacturer can make to certain aspects of how the product affects the structure or function of the body, stopping short of actual health claims, i.e. claims that the product reduces the risk of a disease.

Consistency in claims and labeling

Accordingly, probiotic supplements can vary widely in terms of their actual contents, the number and type of actual bacteria, and the modality. Keep in mind that labels should be read for their basic information and not as a means to solve for treatments of actual medical conditions. As always, it is best to consult with your medical practitioner before taking any supplement, especially if you do have ongoing health issues. 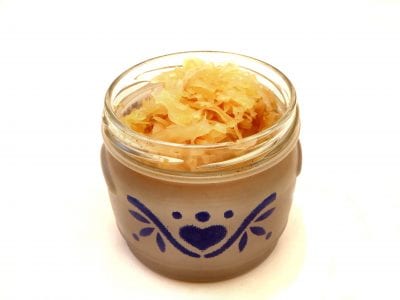 If you want to give probiotic supplements a try, focus on the products with comprehensive labeling. Here are a few things to look for when shopping for a supplement:

See our strains listed below. In general, you want to see one or more of those listed on the bottle.

You also want to look for high volumes of these strains. These are listed as “CFU’s” or colony forming units. Look for products with at least 5 Billion, but keep in mind that these numbers are based on the count at time of production, so…

If it doesn’t have an expiration, skip it. You wouldn’t buy milk without one, so don’t bother with those that won’t admit to the perishable nature of the product. You want to have plenty of time in terms of expiration.

Look for brands that have their claims verified by a third-party. Still not a guaranty, but better than those who don’t subject their manufacturing to outside scrutiny.

Your natural flora includes hundreds of strains. Look for versions that contain multiple strains, as those will potentially introduce the variety that is already present in your system.

Most liquid and even caplet varieties require refrigeration. Make sure they are being stored correctly at the point-of-sale.

More brands are including versions that are in specially coated capsules that are designed to resist stomach acids long enough to pass into the GI where the bacteria actually reside. These are also not yet “proven” to be superior, but at least the intent is present.