Encased within the seeds of this prickly purple-blossomed thistle are flavonoids that are believed to possess unique healing and protective qualities specific to the liver.  The combination of milk thistle and alcohol impact the liver inversely.  Alcohol has a long-term damaging effect, while milk thistle helps restore the liver.

The liver has a wide range of functions, including detoxification of various metabolites, protein synthesis, metabolizing alcohol, and the production of biochemicals necessary for digestion.

Milk Thistle and Alcohol: Finding the Guardian Angel of the Liver

The liver is actually a large gland. And it needs to be large for it plays a major role in numerous functions in the human body, including: metabolism, regulation of glycogen storage (cell energy), decomposition of red blood cells (oxygen transport), plasma protein synthesis, hormone production, and detoxification. The liver is also an accessory digestive gland in which bile, an alkaline compound that aids in digestion via the emulsification of lipids, is produced.

Milk Thistle and alcohol affect the liver. Milk thistle’s flavonoids are believed to heal and protect the liver.

Milk thistle gets its name from the milk sap that oozes from the leaves and stems when broken. The leaves also have unique white markings that were believed to represent the Virgin Mary’s milk. While the blossoms and pale-green stems are what catch the eye, it is the seeds that carry the most beneficial chemical substances.

The medicinal use of milk thistle has been common for over two thousand years. Given the important and wide-ranging function of the liver, the protective and therapeutic qualities of milk thistle are far reaching. The most prominent and investigated chemical compounds are related to silymarin, the name for an extract made from the seeds. While silymarin contains a variety of unique chemical compounds, silibinin is the most promising in terms of its beneficial relationship with the liver.  And here’s where the synthesis between milk thistle and alcohol toke hold.

Twenty years ago in a daring – and arguably reckless experiment on himself, the French physician and researcher, Pierre Bastien ingested poisonous mushrooms. He proclaimed, “I have eaten green death cap mushrooms and live anyway,” a fact that he credited to his ingesting a dose of silibinin prior to the mushrooms. 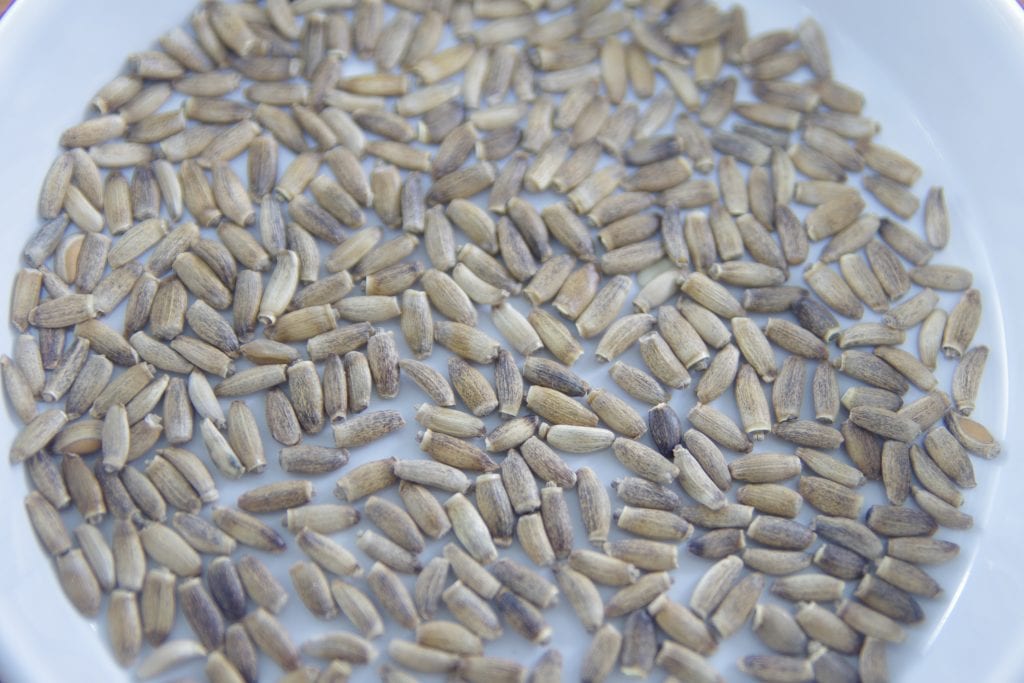 Milk thistle seeds are about the same size and texture of a spelt kernel.

He indeed survived the otherwise lethal meal and in doing so Pierre Bastien tried to convince the public of the effectiveness of this therapy. At that time his stunt was considered a miracle of chemistry, of course the irony being that these properties of milk thistle had been known and in use as part of botanical medicine for hundreds of years prior – a testament of just how far we have moved away from natural healing, but yet an important step toward re-unifying traditional healing with modern science.