The story of who Hildegard of Bingen was – and her spiritual midlife awakening is why she is central to our work at Healthy Hildegard. Hildegard experienced a profound spiritual transformation in her early 40s that would inspire her to open herself up to great risk, to confront her fears, and to ultimately live the rewards of pursuing her visions.

Hildegard’s midlife awakening altered her course in ways that allowed her to leave her mark on human history at an age when most people were at the end of their productive years. Her midlife transition galvanized the most creative period in her life, some 40 years of work, until she died at 81 – more than twice the life expectancy of that era.

This awakening is always trying to manifest.  Our purpose ultimately finds its way out from where we’ve buried it.  Eventually it emerges through the sedimentary layers of experience, through the fear, self-doubt, negativity, and distraction that are habituated into bedrock that becomes the false foundation of our lives.

A Spring of Creativity Within Us

Knowing the deep spring is there but not having the faith to find it is part of the dissonance we feel. Just like when we cut ourselves off from the truth and pad our lives with the comforts of the pretty little lies. It is often pronounced during midlife because we are primed to tap into it. But this takes a great deal of faith.

Build your faith in a creative power. Know that the eternal spring of creativity is always present. It waits for you to invite it to become the source of awakening and ultimately, the source of passion. Like Hildegard’s viriditas,creativity drives you to go into the unknown with an open heart. 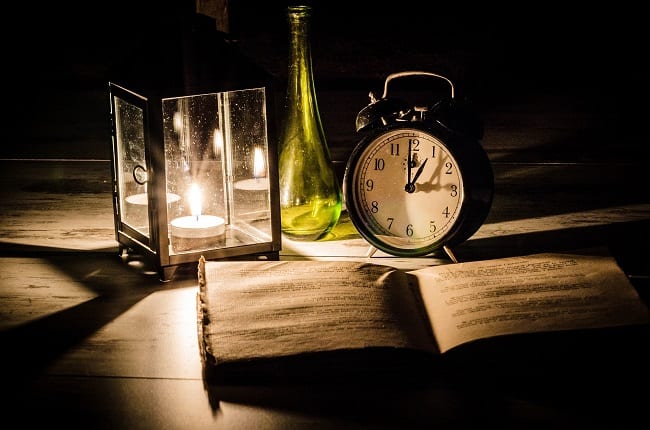 It is Never Too Late

“It is never too late to be what you might have been.”

George Eliot was right in so many ways. After all, those words were borne from her own experience. That’s right, if you didn’t already know, George Eliot was the pen name of Mary Ann Evans (1819-1880), an English novelist, poet, journalist, and translator.

She was a remarkable woman and not just because she was one of the leading writers of the Victorian era (some pretty good company in there) but also because she found her creative light relatively late in life – and was brave and determined enough to share it with the world.

At a time when life expectancy was around 30 years for those in the cities and perhaps 40 years for those in the country, Mary Ann wouldn’t begin her literary work in earnest until she was 31. Even then, while the assistant editor of The Westminster Review (an extremely rare accomplishment of a woman of that time in its own right) she would not break out on her own and publish her first novel until 1859 – at 40!

Like Hildegard, Mary Ann’s early life was set in motion by circumstance. Nature had vested in her a great gift of intellect and creativity. But she was granted no favors in her physical appearance.

Much like how Hildegard’s parents recognized both her gifts and her station in life when they tithed her to the church, Mary Ann’s father recognized early on that her physical appearance would likely not afford her a man’s hand and thus the livelihood that accompanied such.

Her father, with the limitations of her appearance in mind, gave her access to education not typically afforded to women of her time. A problem became an opportunity. Her appearance set her apart from her peers, but so did her intellect. What she lacked in the former, ultimately allowed her to flourish the latter.

This opportunity allowed her to study and expose herself to volumes of literary and historical knowledge. She awakened her purpose and pursued her passion, but not without challenges and setbacks.

After all, she used a pen name to hide the fact that she was a woman – though eventually her identity was well known, and like Hildegard she long suffered from illness. She would eventually marry – twice, first to an already-married man and later to a man 20-years her junior. A bit of a rogue, so much so that the Church declared her unfit to be buried in the cemetery.

Do you think it is it too late to change? Consider Hildegard. It was only a midlife awakening for her because she lived so long for those times. She was prepared to embark on her purpose, no matter how many days or years remained.  Today, stories resembling Hildegard’s spirit of creative gifts are much more common.

So be a little rogue. Embrace the possibility.  Go out and be what you might have been. We are here to cheer you on.