In Memory of Linn Maxwell

Maya Angelou once said something to the effect that people remember you more for how you made them feel, than for what you said or did. After losing Linn Maxwell in 2016, the spirit of those words rings true. Beyond her many accomplishments, Linn left those she met better for having met her. 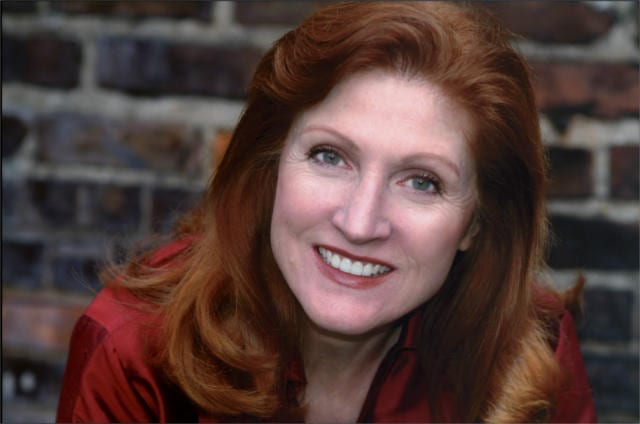 Over a short period of time, in the last dozen years of her life, Linn Maxwell created and left an overwhelming body of work dedicated to Hildegard of Bingen. You can find much of her work online by searching her name, or you can do a targeted search on her website. Either way, you invariably discover an artist dedicated to the beauty of Hildegard music.

Our Connection with Linn

We first encountered Linn Maxwell through her appearance in Michael Conti’s documentary on Hildegard of Bingen, The Unruly Mystic. After seeing Linn fill the role of Hildegard (in her prime), we found Linn’s one-woman movie, Hildegard of Bingen and the Living Light. The films were something that she was absolutely driven to do. The fact that we have this wonderful record of her passion for Hildegard is so wonderful.

Given our shared affinity for Hildegard and her deep artistic work in bringing Hildegard to life, we were immediately drawn to Linn. We began an e-mail correspondence that lasted to the end of her wonderful life.

Only recently did we learn that Linn had passed away in June of 2016. Her husband, Fred Keller, thoughtfully managed correspondence on Linn’s behalf to notify her fans that she had passed. In reviewing our own message with Linn, we realized that she had been sending us kind and happy messages as late as May of 2016, only one month before she died. Selflessly, Linn never mentioned her failing health, but instead had focused on her hopes to keep Hildegard’s spirit alive.

Life as a Mezzo Soprano

Linn Maxwell Keller lived her professional life singing as a mezzo-soprano. Reflecting on her life, she learned from an early age how to live without regrets, and to pursue the creative life that called her.

Beginning as undergraduate in Music Education and later pursuing a master’s program at Catholic University, Linn pursued each undertaking as if it were her calling. Her early years were spent cultivating her voice into the full bloom of a mezzo-soprano, eventually achieving her goal of becoming an opera singer. 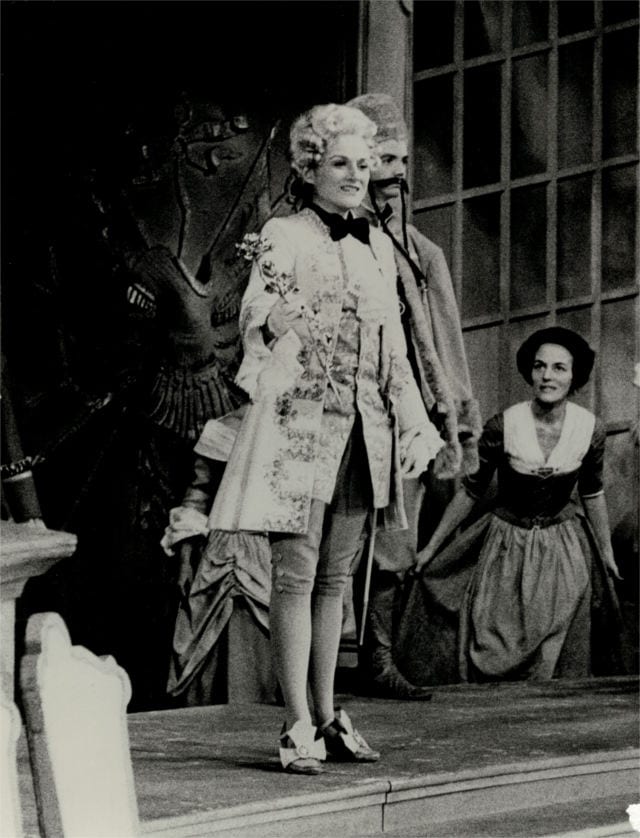 Struggling to pursue opera in New York, Linn decided to move to Germany where she knew that opera houses there were supportive of new talent. She settled in Essen, Germany where she lived and performed for the Essen Opera House for around two years before continuing on to perform in other parts of Germany, France, Italy, and Netherlands. She would go on to perform in 27 different countries throughout her career.

Along the way, she discovered Hildegard of Bingen

Inspiration from Hildegard of Bingen

Like many of us, Linn found inspiration in Hildegard’s creative power. In 2010, Linn performed her first real run of her one-woman Hildegard performance at the Edinburgh Fringe Festival where she received rave reviews. Linn’s success in playing Hildegard was a surprise to her, since her motivation was purely for the joy of Hildegard’s music. 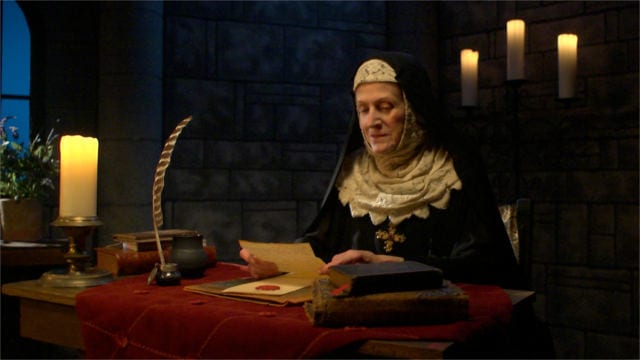 Linn’s recognition was further advanced by the growing awareness of Hildegard, due in part to her canonization as a saint (and, Doctor of the Church) in 2012.

Linn’s play on Hildegard represents her desire to present Hildegard’s life story. Linn was the original play write and the only performer. Linn performed her piece close to 100 times, never tiring of delivering Hildegard to receptive audiences. Throughout her many performances, Linn remained pleasantly surprised by the enthusiasm and loyalty of fans.

Much like the midlife awakening Hildegard experienced, Linn had her own Hildegard-inspired awakening. At 60, Linn became enamored by Hildegard, and dedicated her performances in earnest. But for Linn, her performances were about more than just the music. Linn was drawn to Hildegard’s many remarkable contributions, not the least of which was Hildegard’s courage to express herself openly in a world that was not always welcoming of such expression. 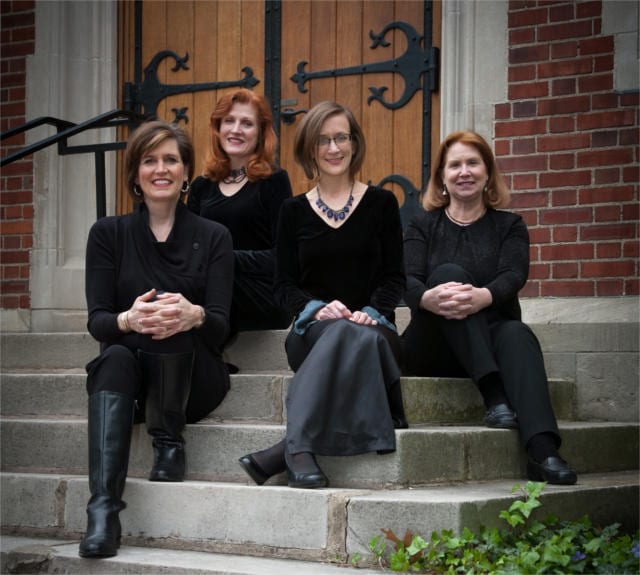 Linn harnessed her own passion to successfully coordinate a group of 4 singers in Grand Rapids, MI, to master the unique ensemble sound of Hildegard’s songs. The ensemble, called the Hildegard Singers, was a source of great pride for Linn, as they sang together over many years. The three singers continue to perform in honor of Linn and Hildegard.

We recently had the opportunity to speak with Linn’s husband, Fred Keller, a successful businessman in his own right. Fred told us of Linn’s interest in other aspects of Hildegard’s work, how she explored Hildegard medicine, her healthy remedies,  healthy nutrition, and her spirituality.

Linn’s performance of Hildegard was in many ways a personal ministry. She became so committed to Hildegard’s work that she had embarked on a second piece, St. Hildegard: Trumpet of God covering aspects of Hildegard’s life not included in her first play, Hildegard of Bingen and the Living Light — specifically, Hildegard’s prophesies. 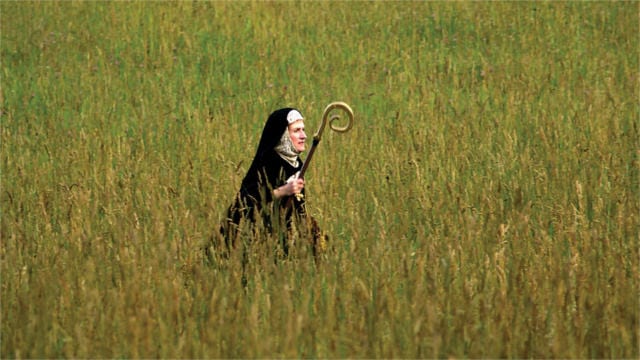 Linn’s illness also prevented her from attending the premier of her film. She did, however, live to see the completed film and was very pleased with the result.

Linn Maxwell Keller passed from this earthly world to eternal life on June 18th, 2016, but her artistic contributions celebrating Hildegard will live on for many more to discover and enjoy.