A Discussion with Jeanne Marie Spicuzza

Jeanne, like so many people we have the pleasure of meeting through our shared love of Hildegard of Bingen, was instantly struck by Hildegard’s work. In Jeanne’s case it was a seemingly random encounter with Hildegard’s music, an encounter that would quickly cast off the façade of happenstance to reveal a deep sense of purpose and passion.

Once Jeanne met Hildegard she could not look back. She would embrace her newfound desire to cultivate and share her gifts, embarking on a journey emboldened by an ever-deepening relationship with Hildegard, a journey that has spanned nearly three decades.

“When you connect with Hildegard, it becomes a lifetime journey.”

Like so many we’ve met, Jeanne first found Hildegard through her music. While working at a classical music store, one afternoon Jeanne’s boss handed her a CD of Hildegard’s music. It was Barbara Thornton’s Sequentia, widely recognized as the first to champion Hildegard of Bingen music. From the first song, “Oh How Wonderous” (“O quam mirabilis est”), Jeanne was completely taken by the ethereal sound, she was in awe. 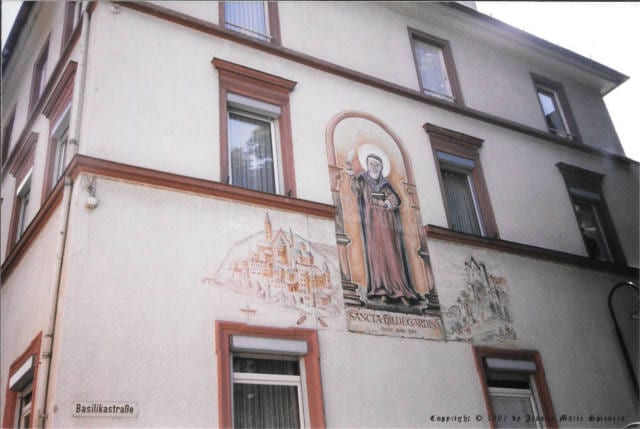 This photo was taken on Jeanne´s first research trip to Bingen in the summer of 1997. It’s a beautiful fresco dedication to Hildegard on the wall near Basilika St. Martin in Bingen. Copyright © 1999 by Jeanne Marie Spicuzza.

Hildegard’s music was only the beginning. While reading the liner notes of the CD, Jeanne was drawn further into the legacy of Hildegard, a woman who spent half her life in quiet solitude only to blossom into a woman of impossible depth and breadth. Already working as an herbalist, Jeanne’s own life began to resonate with meaning and she felt an upwelling of courage to expand her own life into new frontiers.

“Now, when you turn 40, you want to share everything that you’ve built. Building on all of what you’ve built for you becomes a matter of sharing all of that with others.”

We asked Jeanne – as we are prone to indulge our own beginnings here, about how the theme of a midlife awakening resonates with her own experience. Jeanne lingered on that pivotal moment when Hildegard’s music stirred her passion that would become a process of lifelong discovery. But it was her own need to share her gifts that ultimately led to her awakening, leaving her forever entwined with Hildegard. 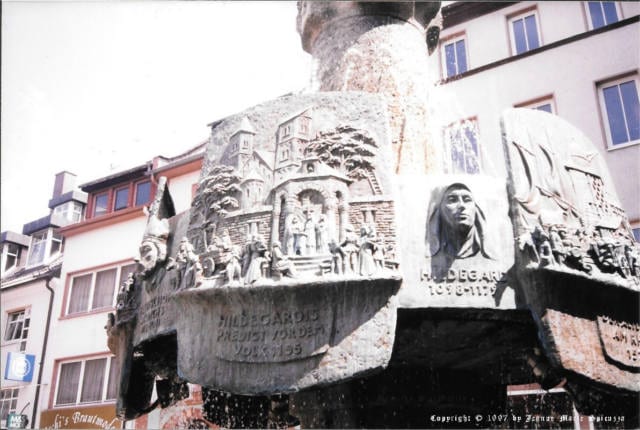 This photo was taken on Jeanne´s first research trip to Bingen in the summer of 1997. The entire sculptural fountain, which stands in the center of Bingen, contains relief images of significant moments in Hildegard’s life. Here, we see Hildegard, and to the left, a depiction of her prophesying to the people of Bingen in front of St. Rupertsberg. Copyright © 1999 by Jeanne Marie Spicuzza.

For Jeanne, a midlife transition is not merely a particular moment, but rather the culmination of previous moments that aggregate, that give light to a new idea of who you are. She sees this culmination like the collecting of pebbles throughout your youth.

As you are collecting pebbles, you are thinking all of these things are for you, or that they define you. But in reality these pebbles are not really you, nor are they for you; they are for others. At some point you (hopefully) realize that all of those the pebbles have raised the water level for others to appreciate.

Jeanne is resolute in her belief that Hildegard “gave her permission” to become who she really was, to grow outwardly without bounds in a world that had been telling her to winnow away those excesses, those wanderings, to conform and condense into specialization. 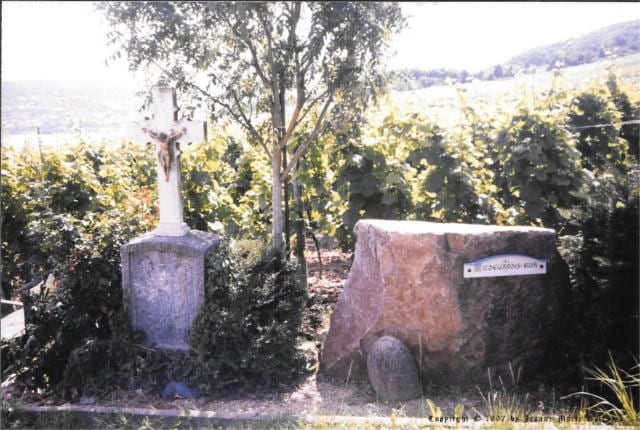 This photo was taken on Maria Spicuzza´s first research trip to Bingen in the summer of 1997. It’s a monument to Hildegard, outside of St. Rochuskapelle. Copyright © 1999 by Jeanne Marie Spicuzza.

Once Jeanne discovered all of Hildegard’s contributions, as an herbalist, poet, gardener, philosopher, and creative, she felt for the first time in her life a permission to pursue all of her own inner callings.  She didn’t have to be any single person, attached to a single identity. Hildegard was both evidence and inspiration that she could be who she wanted to be in a world telling her to be something else. 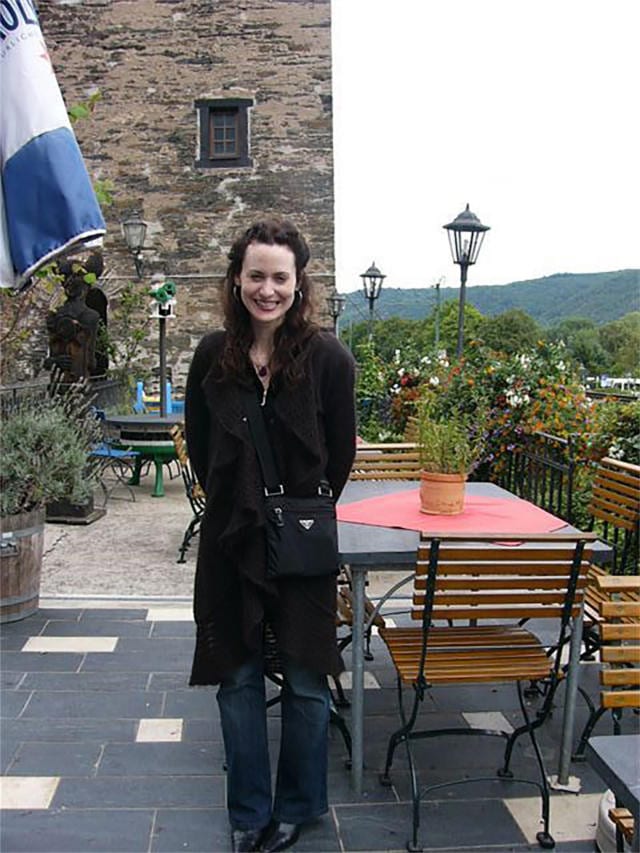 Through her study of philosophy she was able to further develop some of what had been awakened by Hildegard. But Jeanne was missing something. She missed being with Hildegard, like one would miss a loved one. Halfway through her master’s thesis she realized it had become something different.

Much like her own awakening, her intellectual work had reflected a need to be expanded, to be shared. Her work in philosophy could no longer be contained within the confines of the curriculum any more than her longing for Hildegard could go on without being acknowledged. So she left her philosophy program to pursue her own self-guided study of Hildegard – and much more.

Her journey from Milwaukee to Hollywood in the early 1990’s began with a dream of bringing Hildegard’s story to life, a dream that remains just as vivid today as it did then. Jeanne’s departing words to her mother were that she planned to make a movie about Hildegard. 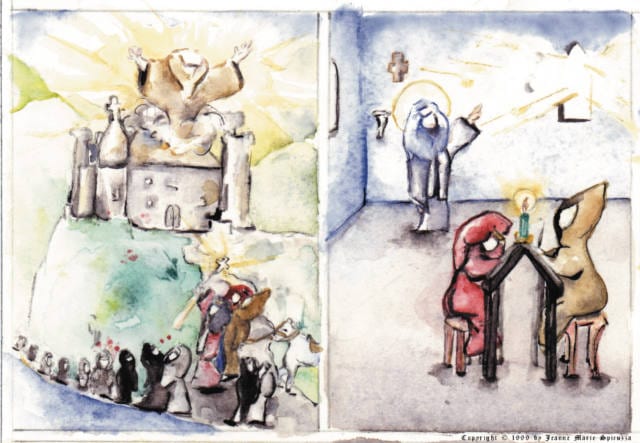 A segment of illustration plate 5 from the “Breath of God” motion picture storyboard and part of the upcoming book based on the screenplay. Copyright © 1999 by Jeanne Marie Spicuzza and Seasons & a Muse, Inc.

Her dedication to this dream rings true to this day. Her academic work was not lost, but instead became the foundation of a screenplay. And after years of research and writing, her screenplay is in hand.

Jeanne sees Hildegard as a creator of not just beautiful objects but beautiful ideas; she gave light to a world where women were relevant, inclusive, and beautiful. Jeanne likens the energy she gets from Hildegard to that of falling in love. It is the incarnation of this love that enables Jeanne to become the desire, the art, the creativity, and the divine. 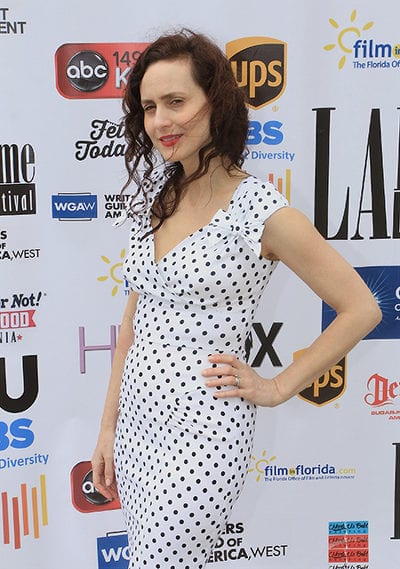 Jeanne honors her gifts through a multitude of pursuits. She finds herself sharing with a lot of other women in her field. Much of her work is documented through her website Seasons and a Muse. Not the least of which is the ongoing production of her screenplay on Hildegard into a feature-film, “Breath of God”. As writer, producer, and actress of the film, she is indeed living her creation into a reality.

Jeanne’s journey has not been without difficulty. Remaining on track and on fire with inspiration does not happen in a vacuum. Motivation does not always come forth. Creative power does not flow without interruption. There are what she calls the “dry times.”

Hildegard gave us permission to experience those moments of inspiration for ourselves. Her story can be easily distilled into numerous inspiring vignettes, but her work also revealed much about her weaknesses and challenges. She illustrates the truth that life on earth is inextricable from suffering.

There will be dry times, but as Jeanne recounts her own experiences with the dryness, she reminds us that without these times between we could not fully enjoy and appreciate the times of deep engagement.

A segment of illustration plate 1 from the “Breath of God” motion picture storyboard and part of the upcoming book based on the screenplay. Copyright © 1999 by Jeanne Marie Spicuzza and Seasons & a Muse, Inc.

Jeanne believes that part of Hildegard’s message is that God wants us to be ourselves to our fullest potential, to follow our gifts. When we give in to our gifts, there is ease; a levity, and even joy, but this does not mean the path is easy. Her advice in this effort echoes Hildegard’s theme of interconnectedness:

“Don’t be separated, because inspiration doesn’t work in isolation, it calls for unity. If it includes you, it’s a good thing. If it isolates you, it’s a red flag. There is no greater offense than to isolate or exclude someone else.”

Part of the genius of Hildegard’s world was the power to share with others, to bring humanity closer in the pursuit of the good, the virtuous. 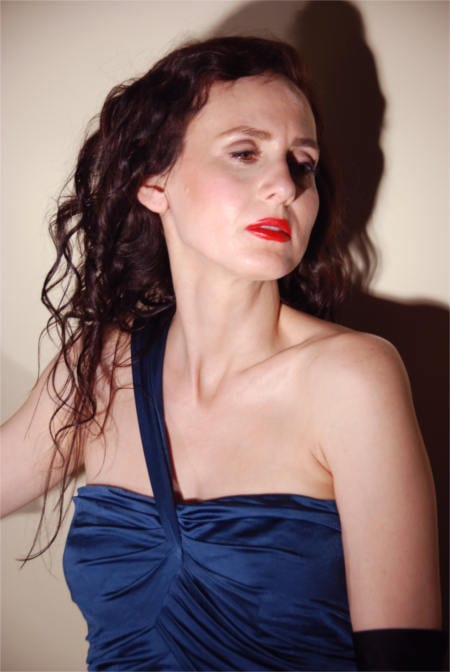 Today, though Jeanne’s award winning screenplay on Hildegard has received critical recognition, it has yet to be cast upon the screen. But she is unwavering. She continues to press through the dry times, to keep her Hildegard light shining. She has even gone as far as seeking out Ewan McGregor, stealing him away during the Highland Games in Scotland to present her work – and propose that he play Volmar, but as of this writing the project is still in early production.

We will continue to watch as her creative process unfolds and look forward to sharing the good news as it is certainly eminent.