Hyssop leaf (Hyssopus officinalis) is a lovely, easy-to-grow member of the mint family native to southern Europe and Asia. Summer through fall, the plant blooms clusters of violet-blue flowers that adorn bunches of long stems covered in small green leaves. Blooms can also be pink or white. The hardy plant grows in bushes 12” to 36” feet high and can remain evergreen in mild winters.

“Hyssop is of a dry nature and exists moderately warm. Its strength is so great that even stone is not able to resist it since it grows where it is sown.  Let who suffers pain in the liver, or who coughs, or who suffers shortness of breath, eat hyssop with either meat or lard, the person will get better.” – Hildegard of Bingen 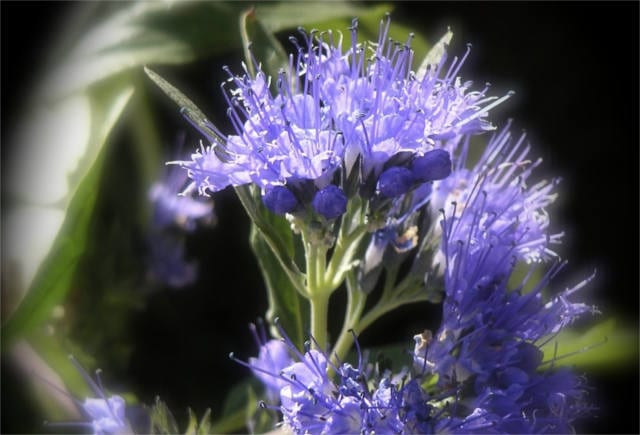 The ancient hyssop plant has been used medicinally for centuries to for a wide variety of ailments, from snakebites to sore throats. Bouquets of hyssop were used to ward off plague, likely owing to its medicinal odor. The indigenous peoples of North America used Anis-Hyssop as a remedy for respiratory infections and coughing fits, a use that remains prevalent to this day.

Traditional medicinal use of hyssop

According to traditional German medicine, hyssop leaf relieves minor heart problems, bronchitis, and stomach ailments. However, like many traditional botanicals its healing effects have not yet been fully confirmed scientifically.

As early as the 12th century, Hildegard of Bingen describes Hyssop as a remedy for respiratory illnesses accompanies by coughing. About 500 years later, the English pharmacist and scholar, Nicholas Culpeper noted Hyssop’s application for ear aches, breathing difficulties, and toothaches, as well as fresh wounds and cuts.

Hyssop leaf offers a number of possibilities in the kitchen as its versatile aroma can enhances the flavor profile of many dishes. Culinary uses of hyssop, however, were much more popular in the past than today.

Medieval monks used the plant to flavor sauces and soups as its pleasant and subtlety medicinal flavor was thought to aid digestion. Romans made an herbal wine out of hyssop. In 1510, the Benedictine monk Don Bernardo Vincelli created an herbal liqueur (Benedictine) out of 27 different plants and spices, with hyssop, lemon balm, and angelica being the principal ingredients.

Traditional use of hyssop as cleansing agent

In the Middle Ages, hyssop tops were strewn on floors to mask bad smells. These days, hyssop oil is still used in liqueurs and as a perfumery. While our housekeeping habits have improved since the Middle Ages, we can still use the dried leaves in potpourri, sachets for the linen closet, and sprinkled in laundry rinse water for its cleansing scent. 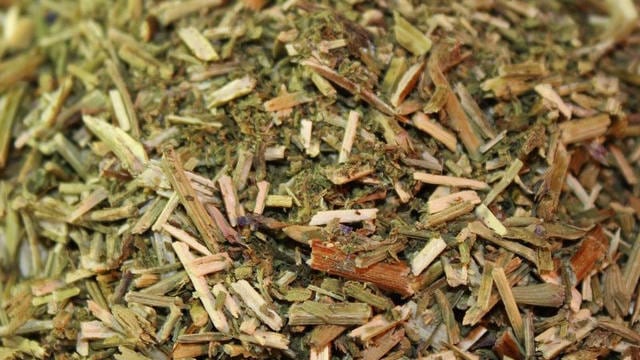 Both fresh and dried hyssop leaves can be used in the kitchen. Fresh herbs, however, generally have more flavor and taste. As for taste, hyssop leaf has a slightly bitter, camphor-like, spicy taste, which resembles a mixture of oregano, rosemary, and sage.

Hyssop leaf should be used sparingly, as it has a very strong flavor. It is important that the hyssop is never boiled, as the powerful aroma evaporates almost completely during extreme heating. Ideally, add hyssop to the dish after cooking, and leave it on hot foods for a short time.

Hyssop as a medicinal plant

“Let who suffers in the liver or lungs take licorice, more cinnamon than licorice, twice as much hyssop as the other two, and more fennel than the other three.  Cook these in a new pot, and add sufficient amount of honey to overcome the bitterness of these herbs.  Let the person cook these vigorously.  Then let this stand in the pot for nine days and nights, strain through a piece of cloth, and drink it.” -Hildegard of Bingen , Physica, Cap. 65. 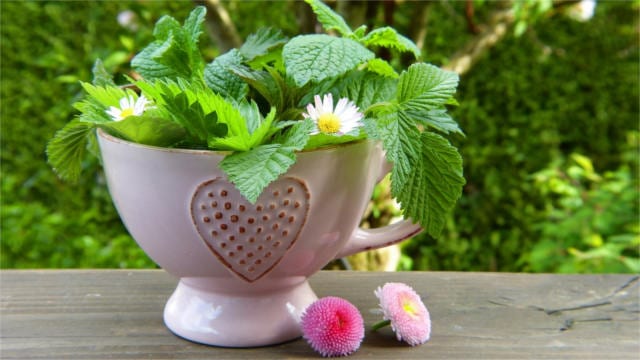 In the late Middle Ages and early modern times, Hyssop was a commonly used medicinal plant. According to P.A. Matthioli’s herbal antiquated documentation (16th century), the herb was used to treat stomach and intestinal ailments, worm infections, coughs, even epilepsy and water addiction. Hyssop was mostly used as a broth, boiled in wine, or brewed in tea.

Modern Medicinal Use of Hyssop Leaf

Today, many herbalists still view Hyssop leaf favorably as a medicinal herb. Specifically, it is recommended for gastric and intestinal disorders, inflammation in the gums, mouth and throat. It can also relieve symptoms of the common cold, such as nasal drip and coughs.

The active components in hyssop have antibacterial and antiviral properties. There are also several antioxidants, due to the composition of essential oils, as well as some tannic acids and flavonoids.

Medical hyssop leaf is actively used in Ayurveda and homeopathy. It is considered particularly effective in treating the following ailments:

Hyssop as a medical herb is often used in the form of teas, ointments, or as a spice in food. When preparing hyssop tea, the general rule is one heaping teaspoon for every cup of boiling water.

In the past wine tinctures were widely used, while less common today hyssop tinctures are still used. Tinctures generally include wine, hyssop, and other herbs such as peppermint and wormwood. These tinctures are intended to help resolve nervous conditions, as well as symptoms of colds and similar ailments.

Some sources report that the application of hyssop as an herb should be done cautiously. While there is usually no danger when properly using herbs, particularly under the care of an herbalist or practitioner of natural medicine, high doses of hyssop may be toxic. Since some hyssop oils contain concentrated, pure essential oils, use precaution whenever sourcing essential oils. For this reason, fresh, dried plants are typically a safer modality.

Pregnant women should refrain from hyssop, due to its high camphor content, which has been shown to cross the placenta, and potentially damage the fetus.

People with epilepsy, as well as infants, should not use hyssop. Though, hyssop leaf is considered a reliable remedy for addressing several medical conditions, the scientific evidence is limited beyond practice in traditional German medicine and Ayurvedic traditions, so caution and moderation are recommended.