This winter (February 2017), Plan-B Theater Company of Salt Lake City, Utah will produce the play Virtue, a modern extension of Hildegard Ordo Virtutum, written by playwright Tim Slover, PhD. We were lucky enough to spend some time talking with Tim, and the Artistic Director of Plan-B, Jerry Rapier, who will direct the production. We thought we’d share some of the story behind this exciting production.

Hildegard’s life was one of contrast and conflict, but also of depth and breadth of impossible scale. An epic recounting would require patience beyond the appetites of even the most ardent admirers, as the first half of her life strung together long stretches of solitude, humility, and service. Not exactly the material for compelling stage work. But then she struck out, her midlife awakening propelling her into a second life of expression, exploration, and inspiration.

Virtue takes place at the culmination of her midlife awakening, around the time Hildegard first wrote Ordo Virtutum, considered by historians to be the first morality play and the precursor to musical plays, or operas that emerged in Europe hundreds of years later.

This was a meaningful point in Hildegard’s life, both personally and creatively. She had just completed her ten-year tome, Scivias (“Know the Ways”), and had recently established independence from the monastery at Disibodenberg, subsequently forming her new abbey at Rupertsberg. These accomplishments, however, were also marked with the loss of her devoted assistant, Richardis.

Tim selected the time period of Ordo Virtutum to examine the impact of life experiences on Hildegard, to explore not only her unearthly aptitude for creating and innovating, but also her very human experiences of love and death. While confronting her internal struggles around her gifts and the confines of her faith, Hildegard overcame the trappings of rigid expectations. Hildegard risked alienating herself from the very faith she served, in order to embrace a new medium of performance. 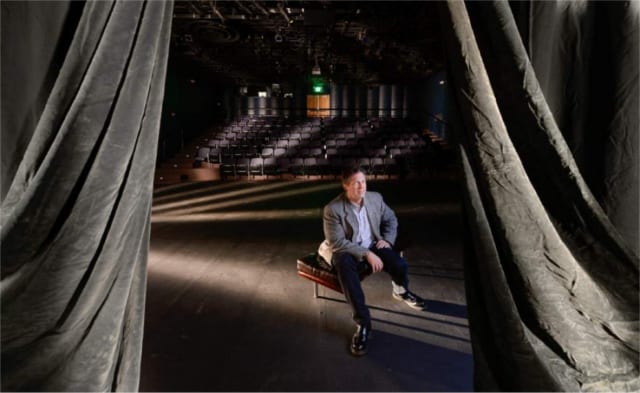 Presumably, Ordo Virtutum disappointed some of Hildegard’s contemporaries, particularly those dutifully guarding the status quo. Despite her unique approach, the theme played much closer to the cloth: the eternal struggle between good and evil. Through 35 dramatic dialogues and 69 musical compositions, Hildegard produced a journey of the human condition through the lens of her faith.

Ostensibly, Hildegard wrote and performed Ordo Virtutum for the consecration of her new abbey at Rupertsberg, however some believe the play was inspired by the unexpected death of Richardis, whose absence left Hildegard with an emotional void.

In many ways, Hildegard broke from conventional traditions of her time. In the process, she blossomed through the force of her creativity as an expression of her faith and humanity. Similarly, Dr. Slover’s play, Virtue breaks with conventional hagiographies written to celebrate Hildegard’s life as a Saint. Through his story in Virtue, Tim illuminates the life of a human being, defined not only through historical reference to her deeds, but also through her relationships.  Her relationship with Richardis serves as the central vessel in this voyage.

While Hildegard suffers the loss of Richardis, Virtue unfolds the story of Hildegard’s relationship with Volmar. Volmar was a Benedictine monk and scholar who served as her tutor, and scribe, but also confessor and provost of St. Rupertsberg monastery. Despite apparent risk to himself, Volmar devoted his life to Hildegard’s creative force, and endless capability. From a human perspective, and without consideration for Church covenants, what compels a person to such devotion without emotional attachment?

Tim’s script casts a gentle light onto these themes for his audience in Virtue, allowing for innuendo and conjecture to unfold. He permits for discomfort, hoping his audience leaves with a broader perspective of human experience. Virtue unwraps the neat and orderly package that history presumes, and introduces the disorder of human relationships and the power and permanence of the heart.

It’s fascinating to learn how Hildegard inspires different people in different ways. For Tim, his work on Virtue represents an 8-year labor of love, including variations of his play performed in Pittsburgh, PA and in Athens, GA. After introducing the topic to Jerry Rapier, Jerry became equally enamored with Hildegard. Together, they’ve worked to produce the latest variation of Virtue. 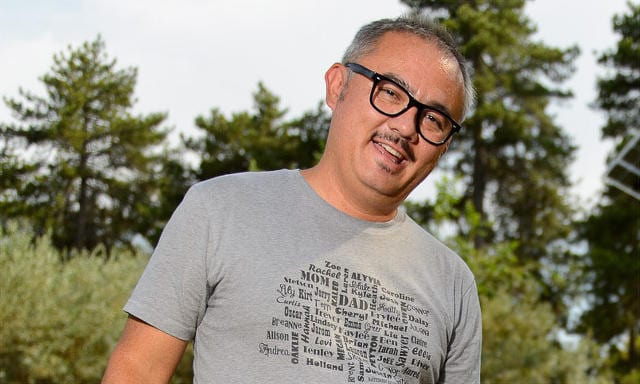 By retelling Hildegard’s story, Tim and Jerry hope their audience responds to some of the powerful themes embodied in Hildegard’s life.  Like so many of us enamored with Hildegard, Tim seeks to share the impact Hildegard first left on him.

In Tim’s words, he hopes that those who arrive at Plan-B Theater with rigid expectations about religion leave with a sense that breaking with conformity doesn’t have to compromise spirituality. And, for those who arrive without any formal religion or traditional spiritual beliefs, he hopes to convey the authenticity of a religious experience, despite apparent formality. 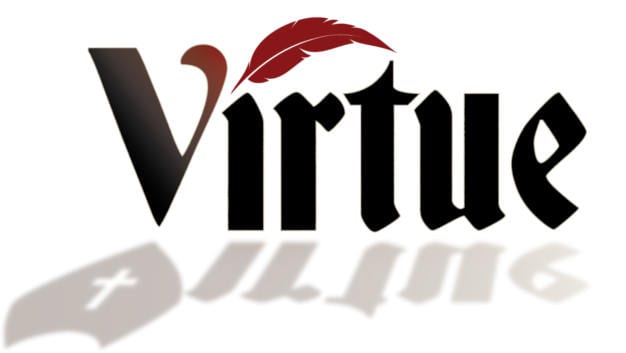 Tim and Jerry don’t back away from exploring bold topics. Virtue is no exception. In presenting Hildegard as a whole person, they confront sexuality and religious dogma head on. Yet through our discussions we can’t help but feel that they do so with reverence, compassion, and admiration for her boldness. They intend to convey genuine respect for Hildegard’s very real confrontations as a pioneering woman, expressing her faith and creativity within the confines of the Catholic Church.

Perhaps that’s what makes Hildegard so appealing to so many different people today. While historians may disagree about how Hildegard wielded her immense creative force, there’s no disputing the effect she’s had on history.

What would Hildegard be today? Her life leaves many points-of-entry into which our admiration can take hold. We observe this by the people to whom she appeals the most. There are the strict academics, fervent theologians, the committed artists, traditional medical doctors, playwrights and performers, the shamanistic healers, and new-age mystics. And there are many others who stumble into stories of her life, forever altering their view of their own life, unlocking potential and purpose.

It’s hard to imagine these wildly disparate professions wrapped into a single person.  Most of us have learned that the market rewards strict adherence to one discrete identity. Thus by muddying our persona and openly pursuing new interests, we risk diluting our personal brand.

An accountant should behave like an accountant, a musician ought to carry herself like a musician, and if our doctor adopted the manners of either accountant or musician, we might seek a second opinion.  Hildegard appeals in part because she embodied this diversity of persona and for her fearlessness to explore creativity accordingly. But as we believe, and as Virtue is poised to deliver, her story is also about her living a life of emotion.

Ultimately, we all appreciate her for accepting risk, and that’s where the idea of Dr. Tim Slover’s Virtue lives richly in Hildegard’s shadow.

About Tim Slover and Jerry Rapier

Tim Slover completed his PhD in English at the University of Michigan and currently teaches theatre at the University of Utah. Like many, Tim first discovered Hildegard von Bingen through her music. In 1999 he saw Emma Kirkby perform “A Feather on the Breath of God” at a cathedral in London, and he was hooked. In fact, during our conversation Tim encouraged us to take a look at a band we’d been exploring, VocaME.

Jerry Rapier has been the Artistic Director of Plan-B Theatre since 2000, where is fortunate to work with playwrights every day.

Christy Summerhays plays Hildegard in Virtue.  We asked her to tell us a little about what it meant to prepare for playing Hildegard. 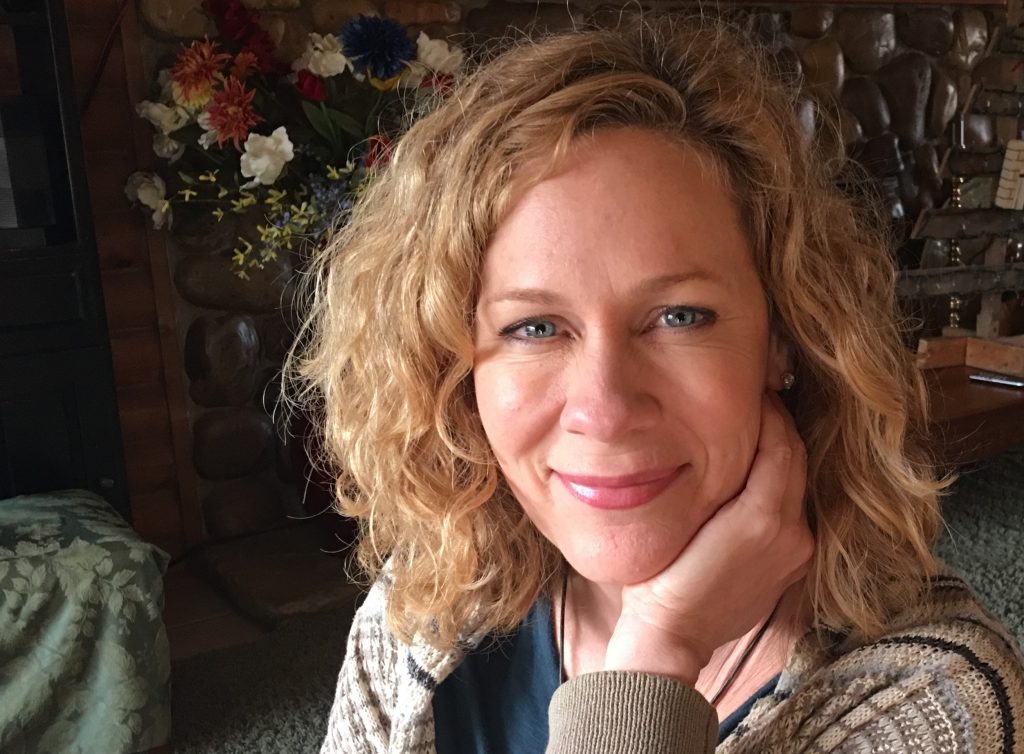 HH. Tell us a little about how Hildegard’s creative power affected your preparation for the lead role, Hildegard of Bingen.  Did you learn anything about Hildegard that you’ll keep for future performances (and life)?

CS. So many of us, out of fear mostly, feel it necessary to hide who we really are. Hildegard von Bingen didn’t seem to be capable of doing this. As I study her life in preparation of playing this role, I am reminded of the women who have inspired me most in my life and they all seem to have this same quality – the ability to be true to who they really are, regardless of the consequences. Interestingly enough they were also some of the most creatively free people I have known.

Conformity has never been a friend to creativity and what’s so wonderful about Hildegard’s life is that she was able to take the little power she found herself with (so rare for women of her time) and truly RUN with it! She was able to break through (or ignore) the expected role of women and be true to herself – and the breadth and depth of what came out of this is truly extraordinary.

Of course, as an actor, my job is to find the real person, and in this case it’s going to be more of a challenge than usual. It’s like being asked to play Mother Theresa, or Jesus or something. Lucky for me, Tim Slover’s script makes my job much easier. He has done the “fleshing out” beautifully and I look forward, after this period of “awe”, to jumping into the skin of the real woman.

Questions for Tim Slover, the playwright of Virtue

We asked Tim Slover, the playwright a few questions about Virtue. 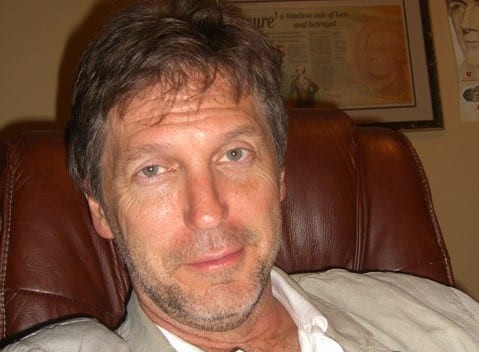 HH. Hildegard is often associated with the divine feminine spirit. How has that influenced your work?

TS. While many dislike the idea of gender distinction in their contemplation or worship, it’s undeniable that women have played a large and important role in mysticism, and many spiritual traditions, including at least one Christian church, recognize a female deity or the power of feminine aspects of divinity: maternal love, nurturing leadership, merciful wisdom, compassionate passion—all found in the life, works, and thought of Hildegard. As I wrote Virtue, and particularly as I concentrated on Hildegard and let her come to life in my mind, I was more than a few times overwhelmed by those divine characteristics.

HH. What is it like to write a feminine-focused piece, as a male?

TS. It’s humbling. But then it always is. Every character in every play everyone writes is “other”, outside the skin and psyche of the playwright, who must make an imaginative leap into their thoughts and feelings. One way to do that is through research—and I have a wife, a sister, the memories of a mother, and friends and colleagues who are women, all of whom have been instrumental in helping me “get it right” when it comes to female character and voice. Hildegard, herself, through her own writings, has been a guide to me, as have excellent biographies of her by Fiona Maddocks, Sabina Flanagan, and others. But, honestly, there’s something else at work here. Someone once asked C.S. Lewis why he thought he could write children’s stories—since he was (then) unmarried and had no children. His answer was that he had, himself, been a child. I have had my own feminine side to draw on as I’ve worked to dramatize the remarkable lives of Hildegard and Richardis.

HH. You touch on issues of sexuality, and briefly discuss the limitations of formal hagiography. Do you think there’s value in exploring the way humans probably lived, rather than adhering to the more accessible saintly stories?

TS. Yes. I would go further. As expressed by the hagiographers, there is little human to relate to—whether the subject is Hildegard, George Frederick Handel, Alexander Hamilton, or Queen Elizabeth I, all of whom have been subjects of my plays. While I believe very strongly that it’s cheating to willfully misrepresent the characters and events of these titanic figures—if you’re just painting onto historical characters your own doctrines and obsessions, I say, leave them alone!—I believe just as strongly that dramatizing their documented humanity, their fears and foibles, does them the service of showing just where in the turmoil of real life their greatness lay.