The body of work surrounding Hildegard of Bingen writings is expansive and diverse. She was equal parts nun and scientist, theologian and philosopher, musician and poet, and naturalist and doctor. In hindsight, many of Hildegard’s views are ground breaking. Her work helped usher in many new and creative ways of thinking but her greatest contribution just may have been her dedication to aggregating the knowledge that preceded her.

Hildegard of Bingen’s historical impact results as much from her unique thinking as it does from her role in diligently recording the culmination of beliefs and practices over centuries of human experience.

Hildegard of Bingen Writings to Experience

Today, part of Hildegard’s reputation comes from her overwhelming output, and vigorous dedication to work. She simply lived her work, serving as an ancient embodiment of Woody Allen’s famous concept that “80 percent of success is showing up”.  And, show up she did. Fortunately, for us her work continues to show up. It lives on in our own questions and pursuits, and it will likely live on in posterity.

Part of what makes Hildegard of Bingen so unique is how she touches people in different ways through her contributions. While it is always a challenge to winnow her accomplishments down to a short-list, there are a handful of Hildegard of Bingen writings that are worth highlighting. We’ve come up with seven of her most important and far-reaching works.

Hildegard’s first theological work, Scivias, is a comprehensive book of faith capturing descriptions and images of her 26 visions. The book had been encouraged by prominent theologians and would bring Hildegard some notoriety within her lifetime. The book describes God’s way to man, through creation, salvation, and course of history, which also happens to describe man’s path to God. 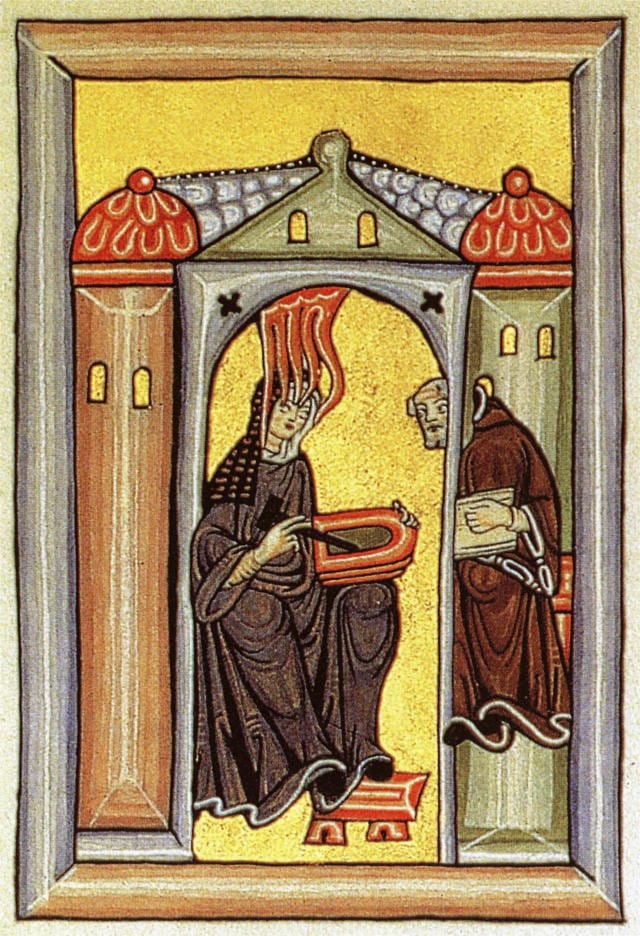 Hildegard’s second primary work takes the form of 35 dramatic dialogues between vice and virtue, illustrating the inseparable link between the cosmos, man’s salvation, and moral determination. The book elaborates on a theme of personal responsibility for choices we make between good and evil, which reverberate into the cosmos. This helps explain Hildegard’s notion of micro and macrocosm; that the universe is both within us and around us. 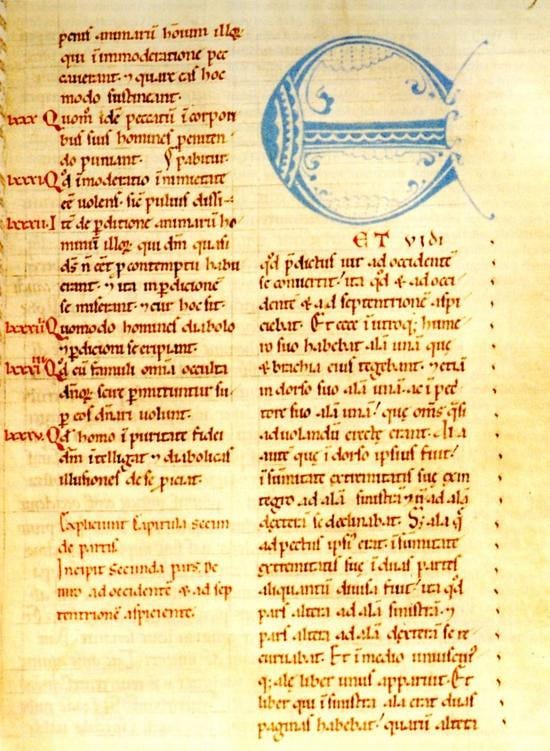 Hildegard of Bingen’s final visionary work describes the comprehensive relationship with God, the world around us, and man. Nathanial M. Campbell, who translated this piece from Latin to English, describes the book as containing “ten visions are the most complex of Hildegard’s corpus, each revealing different aspects of the Work of God” and his relationship to all creation and human salvation. 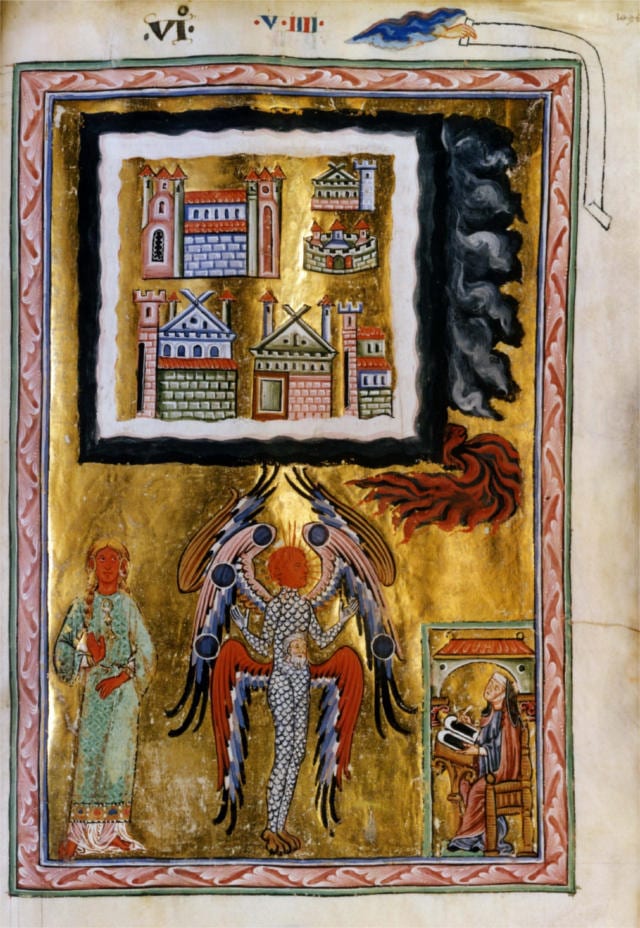 Although some dispute the origins of Causae et Curae, most historians count this among Hildegard of Bingen writings. In this work, Hildegard describes a variety of health conditions, including their cause and symptoms. She also provides guidance for the treatment of those pathologies with natural remedies. Hildegard promotes the prevention of disease and illness by natural means of a moderate and healthy lifestyle. Dr. Victoria Sweet elaborates on Hildegard of Bingen medicine in her extensive body of work.

Initially written in combination with Causae et Curae, Physica describes the forces of nature and their effect on the health of man. Hildegard describes the touchstone of nature’s healing process as viriditas, referring to the greening power of nature to heal itself. The book breaks down into nine chapters with various healing elements: herbs, elements, trees, precious stones, fish, birds, land animals, reptiles, and metals. 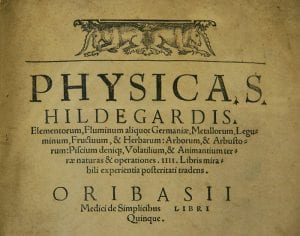 The book of songs includes 77 songs that Saint Hildegard wrote and composed. This includes the morality play and opera precursor, “Ordo Virtutum” (Play of Virtues), which first premiered in 1152 for the consecration of Hildegard’s new monastery and Abbey at Rupertsberg.

This collection includes 390 of Saint Hildegard’s letters to known and unknown contemporaries. The letters contain both personal and universal messages. Hildegard appears in them as a watchdog, observing the events of the day, and calling for ecclesiastical and secular officials with truly prophetic sentiment and consciousness.

Image from first edition print of Hildegard of Bingen Letters