Hildegard of Bingen was not alone in how she practiced natural healing.  Her background in healing was as a function of her duties as a nun (and eventual Abbess). Hildegard of Bingen medicine, and the medicine of her time was practiced within the confines of the monastic community. Practitioners were instructed by religious scripture and the Rule of St. Benedict, a book of principles written by Benedict of Nursia (c.480-547).

Like most medieval medical treatments, Hildegard’s natural healing techniques were rooted in the first principles of scripture. Everything flowed from the belief that man is a unique spiritual and physical being bound by both natural laws and a higher spiritual existence.

What would eventually set her apart, however, was how she chose to embrace the middle ground set forth in the Rule of St. Benedict that would allow her to engage in her individual passion while serving the stringent institutionalism of the Church.

It was within this middle ground that she pressed her will and intellect into the inter-connectivity of the physical and spiritual worlds, culminating in her foundational work in natural medicine. 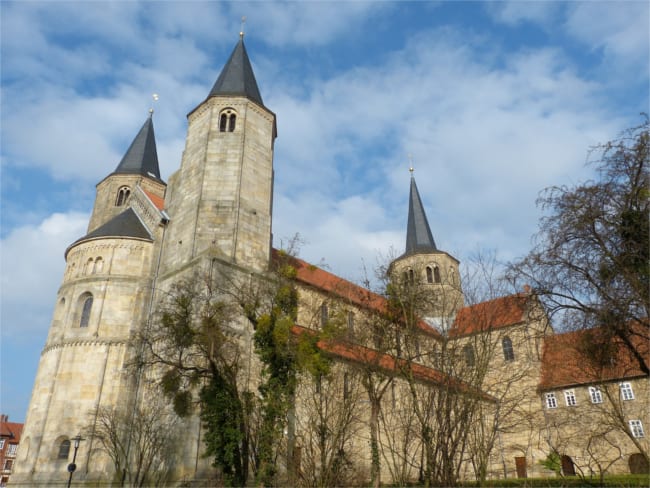 For monks living communally under the authority of an abbot, pursuits with the depth and breadth of Hildegard’s were extremely rare – especially for a woman. The deep tradition, dogma, and natural bias within the institution were a constant governor and source of discouragement for Hildegard. But she pursued her vocation as a means for spiritual growth and service even though her ambitions were not yet free to wander.

It was not until her visions became an overwhelming force that she fully embraced her purpose and began to carve out her place within the confines of the institution. This awakening would not come until midlife; well after most in her position would have resigned to serve out their positions as ordained.

With great personal risk, continual friction as well as direct opposition from within the institution she served, Hildegard would embark on a period of deep and valuable work in lifestyle, nutrition, and healing. 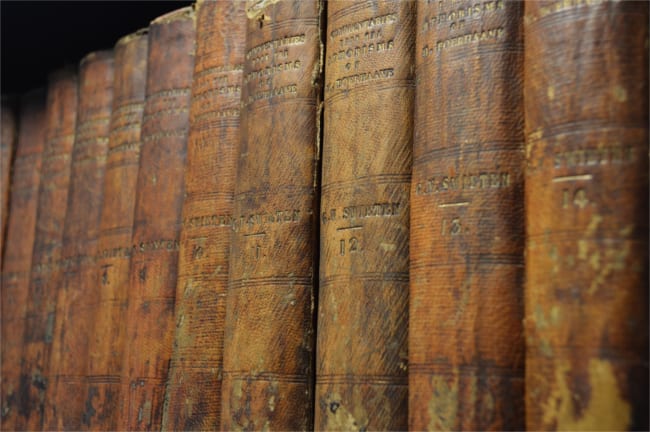 Today, monastic medicine (known in Germany as klosterheilkunde) is regaining influence on the accepted body of modern medicine. A temporary deviation from natural healing techniques accompanied the widespread adoption of pharmacological symptomatic treatments.

Naturopathy is slowly being drawn back into the fold as research increasingly shows some of the shortcomings in modern medicine for improving overall health.  Simultaneously, the efficacy of natural remedies in preventative and palliative health appear all the more viable.

In Germany, many of Hildegard’s healing treatments were never fully eclipsed by modern alternatives, thus the resurgence in holistic health and wellness is pressing her teachings back into the light. While you won’t find much modern medical advice promoting specific techniques from ancient practices, there is a groundswell of attention building around the foundational aspects of ancient beliefs regarding health and nutrition that are helping to reframe how we view the relationship between good health and sickness.

Within this renaissance of holistic health, Hildegard’s philosophies around health and nutrition provide concrete ways to achieve a healthy spirit, mind, and body, which ultimately lead to a healthy lifestyle. From this healthy lifestyle we harvest many benefits, not the least of which is avoiding illness and suffering altogether. 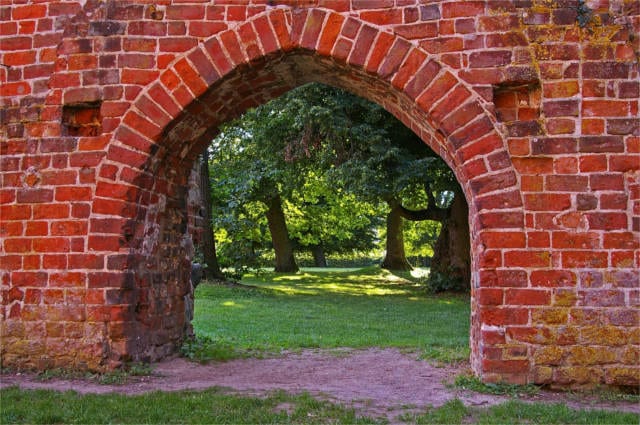 Hildegard’s contributions to natural medicine were most prolific during the period between 1150 and 1160 AD. Her writings represent compilations of folkloric experience, ancient tradition, and Benedictine teaching that serves as a repository for much of the medical and nutritional knowledge gathered up to that time. 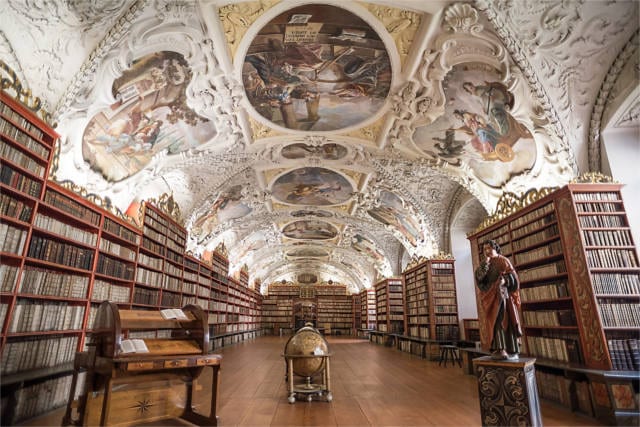 Although Hildegard of Bingen writings never explicitly reference any particular sources for her knowledge of medicine and nature it is widely believed that she must have known of, and was influenced by, some of the following works: 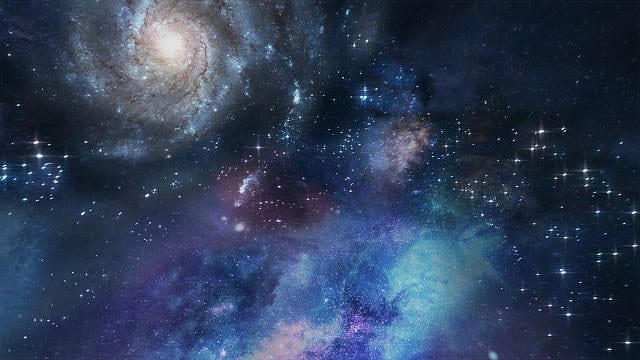 Portions of the text may be credited to Hildegard, while other sections may have been influenced by subsequent review. Regardless, history has validated Hildegard of Bingen medicine as the formative source of our modern naturopathic world. Both for Hidegard and her successors, the value of healing people through holistic means is undeniable.

The Unique Nature of Man

Hildegard’s healing practices are supported by her belief in the creation and redemption of man. She emphasizes the special position man occupies in the universe. Throughout her works she never tires of emphasizing the original harmony between man, God, and the universe. This harmony represents man’s ideal state of being; a harmonious appointment “constitutio” preserves man’s healthy creation in all facets of living.

According to Hildegard of Bingen medicine, disease is not a process, but an absence of process, a failing in the course of nature. Thus, from a holistic perspective, the presence of disease marks an existential deficit. The process of holistic healing works when we regain control and find our path back to comprehensive treatment “restituto” in order to bring balance and resolve the deficit.

It’s with a spiritual backdrop that we best understand the structures and functions of our body’s organization. As long as the collective forces of our bodies achieve a balance of moderate and orderly process, we guarantee ourselves true potential for health and healing. Once our collective functions deviate from orderly process, we experience illness, with the ultimate result of this imbalance or immoderation being death.

Hildegard’s beliefs about positive and negative bodily juices remain to be a source of confusion and debate. As was common in her time, her beliefs were influenced by the ancient doctrines of humoral therapies, a principal doctrine of medieval medical treatments. According to the humoral premise, mismanagement of bodily humors resulted in disorders to both body and mind.

While, the scientific aspects of the humoral approach are not easily defended in modern times, the underlying notion of balance and how this manifests via bodily fluids is an insightful and practical approach to wellness that is not without merit.

At the core of Hildegard of Bingen medicine, lies the central belief in the power of nature; a power that seeks balance, a power that man is subject to – but can also be harnessed for his benefit, for man is blessed with the unique station of practicing mastery over his own pursuit of living well.

A Hierarchy of Natural Medicine and Modern Medicine

Hildegard was not actively opposed to modern medical treatments, even those of her time. She did, however, observe a strict hierarchy of treatment. Today, this hierarchy would categorize drugs and pharmaceuticals as viable alternatives in worst-case scenarios, but not as principle courses of treatment. 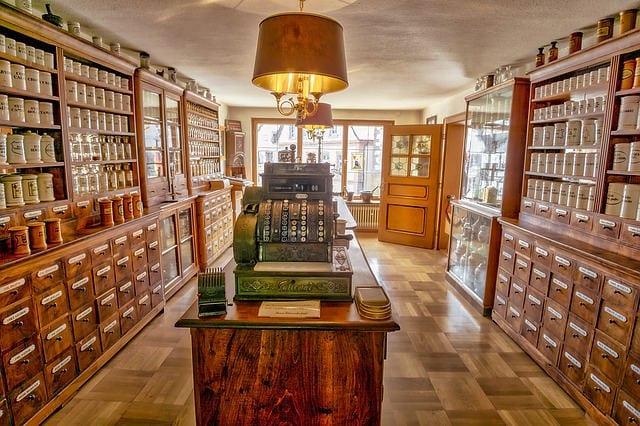 Accordingly, invasive procedures, such as surgery, would serve as a last resort. A fundamental premise of this hierarchy was that the best medicine was the culmination of choices and practices within nutrition, activity, and spirituality.

According to this hierarchy of wellness, our first step in realigning, finding balance for good health, include pursuing basic lifestyle changes. Hildegard  of Bingen medicine values discipline and moderation in managing a reasonable lifestyle. The rewards for these values were health and wellness. 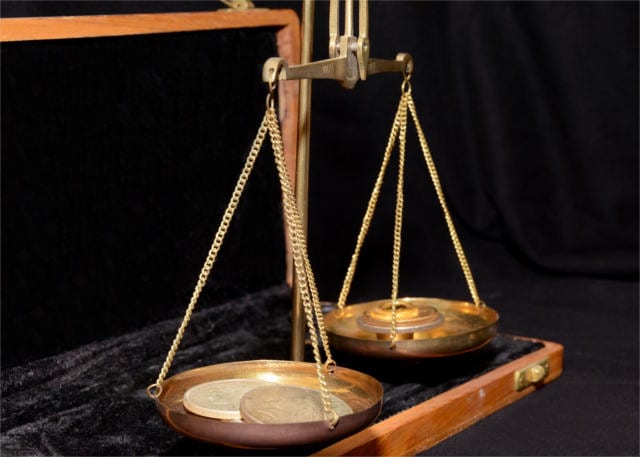 Some of the most basic changes start with improving nutrition. Hildegard advocated for balance within all areas of life. In order to achieve balance, we accept some measure of compromise, and must practice restraint. In certain cases, we give more than we had expected, and in other cases we withhold. The give and take of Hildegard of Bingen medicine is less about a therapeutic correction, and more about a conscious move toward a sensible and moderate lifestyle.

Saint Benedict refers to discretion “discretio” as the “mother of all virtues”. Discretion lays the foundation for Hildegard’s thinking; it serves as the bases for all subsequent action.

Incorporating Hildegard of Bingen medicine into our own lifestyle is not meant to be onerous, but it is also not meant to be a panacea absent of practice. Hildegard was a deep thinker who believed that the truth reveals only through tests of will, effort, sacrifice, and discipline. Her teachings presume that work needs to be done; that in this pursuit the rewards await those who chose to do the work.

The practice of seeking balance and practicing moderation requires that one acknowledge and honor the interconnectivity of spirit mind, body, of human, earth, and the universe, and in doing so the benefits will accrue across those interconnected realms of existence. This is the heart of her philosophy, a belief that is not unique to Hildegard. Buddha emphasized the middle way as a path of moderation and the path of wisdom. Join us as we explore Hildegard’s journey.