Comments on a Hildegard Fast

The concept of a Hildegard fast is often associated with Causae et Curae, where Hildegard actually makes scant mention any specific fasting regimen. Instead, Causae et Curae focuses on the themes of balance and moderation in all things, including diet.  In fact, Mary Palmquist opens her translation of Causae et Curae (Holistic Healing) with the following quotation from Hildegard.

“The soul loves moderation in all things. Whenever the human body lacks measure, and eat and drinks or something like that unbalances it, the powers of the soul are wounded… So in all things let people maintain a proper balance” 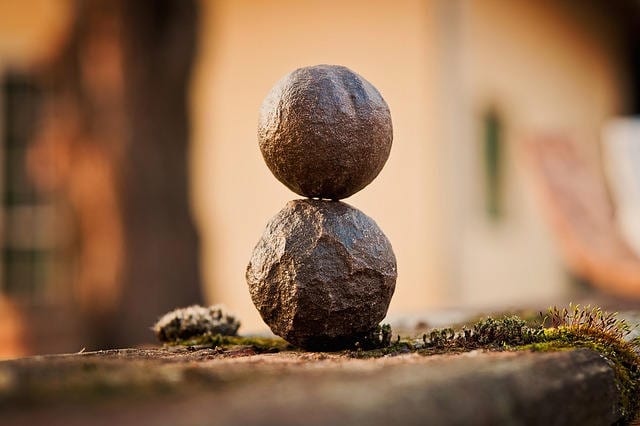 Balance is the key

In Germany, so-called healing fasts according to the teachings of Hildegard of Bingen are prevalent among health and nutrition experts. Nevertheless it seems that in Hildegard of Bingen writings, fasting plays, in general, a more subordinate role in her two primary works on natural healing, “Causae et Curae” and “Physica”.

“If people are abstemious in their eating in an exaggerated way so that they do not preserve the proper, appropriate strength in their bodies by eating, and if as a consequence some become frivolous and others are afflicted with many heavy disease symptoms, then it sometimes happens that serious disturbances arise in their bodies because the elements in them are aroused against one another.” (CC, Book II Chapter 324) 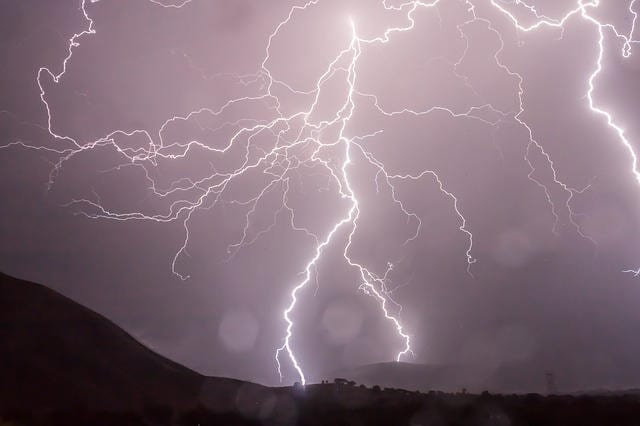 Hildegard sees fasting as a function of her overarching views on moderation. The healing and dietary fasting techniques commonly found in various German-branded products and offerings are similarly characterized as moderate fasts, as they often recommend moderate levels of caloric and nutrient intakes via broths, select grains, and teas.

Hildegard did not reject fasting altogether. In her second primary work, “Liber Vitae Meritorum” (“The Book of the Rewards of Life”), she advised pleasure-seekers to find balance through discretion in consumption. In fact, she explicitly recommended fasting as a means to atone for or chastise oneself for committing sins or unhealthy attachment to worldly vices.

“If those who continue committing this sin while they are alive want to cast off the influence of the devil and to avoid the punishments for this sin, let them fast in proportion to the number of sins they committed and for the same amount of time they sinned. By fasting they can avoid a more costly judgment from the righteous judgment of their judges.” (The Repentance of Jesters Book I 103)

Similarly, in Book I of Liber Vitae Meritorum, Hildegard advocated forms of fasting for the hard-hearted (Book I 108), slothfulness (Book I 112), those with regular anger and hatred (Book I 124), anger without evil hatred (I 125), foolish joy, without truth (I 141) and murder and killing with anger (Book I 127.), including abortion (Book I 132).

In the fourth book, she proposes fasting for numbness of spirit (Book IV 62) and desire (Book IV 84). And, in the fifth book she addresses fasting for those who are scandalous or scurrilous (Book V 56), engage in wrong-doing (Book V 65), possess avarice or greed (Book V 71) as well as robbery and stealing (Book V 72). 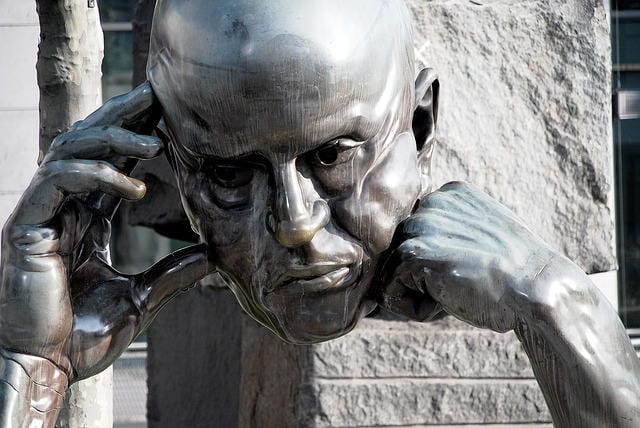 Hildegard believed in living a life based on moderation. Accordingly, any affliction of body and spirit could be attributed to an imbalance or indulgence. Thus her view of fasting as a means for spiritual or dispositional balance or healing would have been consistent with her overall beliefs. Further, the practice of fasting was also a part of the Church doctrine. During holy periods such as Lent, varying types and durations of fasting were observed. That said, her prescriptive use of fasting for other, specific conditions may have fallen outside of religious observance.

The purely dietary regimen of fasting, as we know it today, is not explicitly mentioned in Hildegard of Bingen writings.  And, while the spelt fast, often associated with Hildegard of Bingen, may be inspired by Hildegard’s work, it cannot be expressly attributed to her. Contrary to some popular belief, Hildegard was not known for volumes of recipes using spelt as a primary ingredient. In fact, Hildegard’s only use of spelt as a primary ingredient appears in “Physica” where she describes a recipe using spelt to treat the loss of appetite (I 5).

When Hildegard calls for flour in her recipes, she is generally referring to rye or wheat flour. Most of the spelt recipes attributed to Hildegard today, derive from 20th century interpretations of Hildegard’s work. Over the past 50 years Hildegard’s contributions have been altered by modern science and popular interpretation.

A reasonable interpretation of Hildegard’s teachings

Notwithstanding, Hildegard’s so-called moderate spelt fast can be justified as a response to how modern grains have been modified and over-cultivated, relegating the ancient grains and their unique nutritional profiles to the fringes. Ancient grains such as spelt are arguably superior to genetically altered varieties of wheat, but even if these benefits are on the margin, there are likely other potential benefits of including diverse, unadulterated grains in our diets. 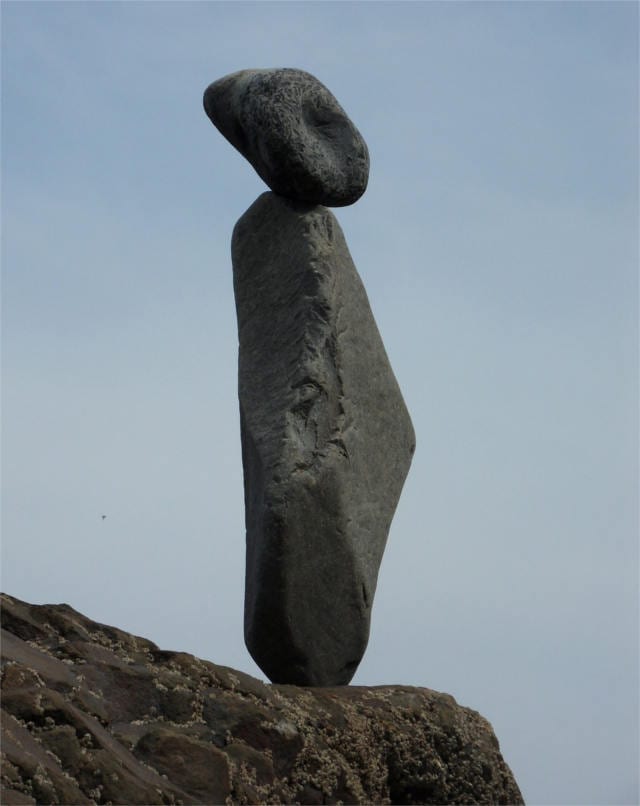 Throughout Hidlegard of Bingen’s writings, a consistent message appears, which has not been lost in translation or over time. Hildegard emphasizes the importance of diet for a healthy lifestyle.  She proposes that we adopt the habit of nutritious meals and find the art of balance (“Discretio”). A healthy lifestyle according to Hildegard draws from the appropriate measures to achieve balance, in the rhythms of our everyday life and in the way we eat.

Hildegard advises on the pragmatic matters of daily living, such as the best times for people to eat, how their meals should be prepared, and how much to eat. For example, Hildegard would recommend against starting the day with raw fruits or vegetables. Rather, she would propose waiting until late morning or early afternoon to enjoy a warm meal, such as Habermus. 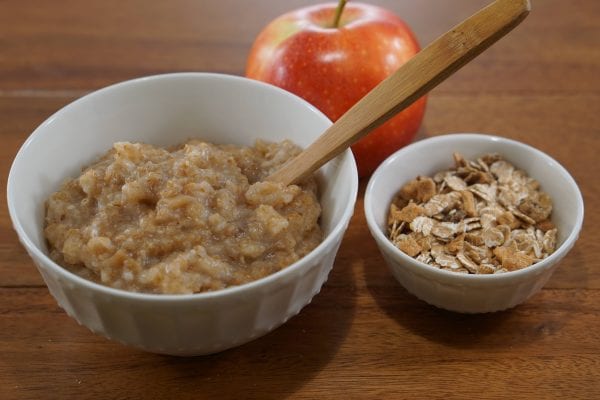 In addition, according to Hildegard, one should avoid drinking on an empty stomach, if possible. Above all, Hildegard proposed rules of daily living for each season. Based on the rule of fours, and the relationship of the cosmos to our bodily humours and the seasons, certain foods suit certain seasons. Some foods may be appropriate for winter while other foods suit a summer or springtime diet. 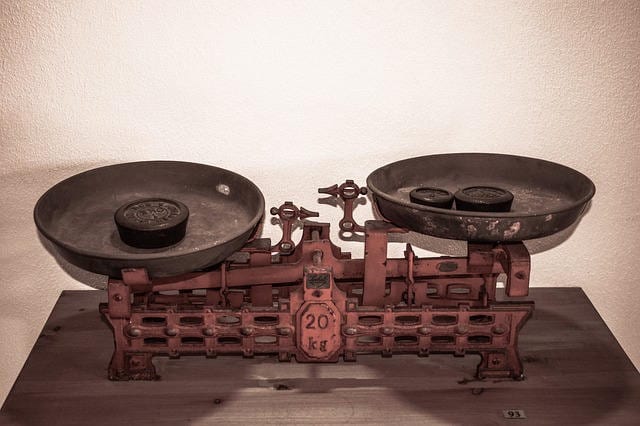 Hildegard’s nutritional philosophy consistently focuses on finding the right measures and achieving balance in daily living. Like a kind of Goldilocks, foods that are too hot or too cold can do harm, while foods of moderate temperature preserve good health. Similarly, excessively fatty foods cause harm to the body, but so too does a habit of strict asceticism. This is where Hildegard’s principle of Discretio serves to moderate behavior.

Hildegard’s Discretio in times of Scarcity or Abundance

In Hildegard’s time, during the Middle Ages, scarcity of resources prevailed. Under such circumstances it would have been unusual to promote strict fasting during times of feast or famine. In our modern era of abundance, however, Hildegard’s Discretio may call for some variation of calorie restriction. Achieving balance in modernity may actually require some active limitations on our caloric intake.

Given that our food supply is characterized by abundance, largely unmitigated by seasonality, fasting may actually be more necessary in the pursuit of moderation today than it was during the era of Hildegard’s food medicine. 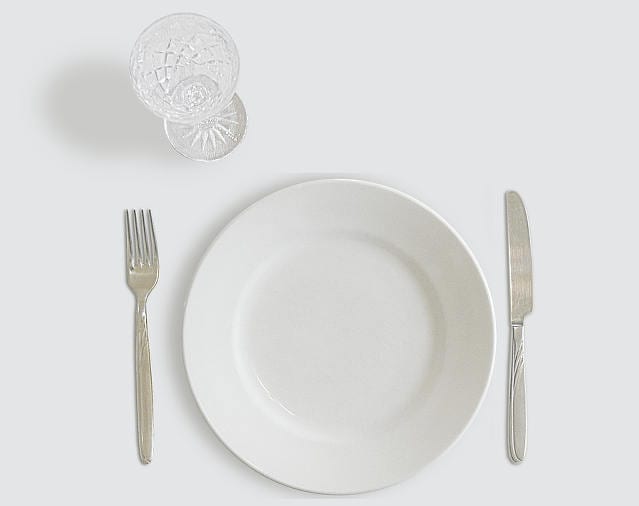 The most common forms of fasting include spiritual fasting rituals, fasting therapy for the sick, and fasting to promote health in healthy people. Fasting for healthy people represents a response to our times. This approach artificially mimics the circumstances prevalent during Hildegard’s time, by enforcing conscious calorie restriction.

The basic approach of calorie restriction is generally consistent with the fasting techniques now attributed to Hildegard of Bingen. Such a fast would normally take place over a short period of time, and is completely voluntary, with the intent being the promotion of good health and nutritional awareness.  This moderate fasting approach has become popular in the U.S. and Germany, and is often referred to as intermittent or periodic fasting.

Fasting for the purpose of healing the sick and infirm generally takes place over a longer periods of time.  These approaches should be handled with care and under qualified medical supervision. Though these fasting methods appear to accelerate the healing process in certain diseases, anyone considering such treatment should consult with a medical professional. 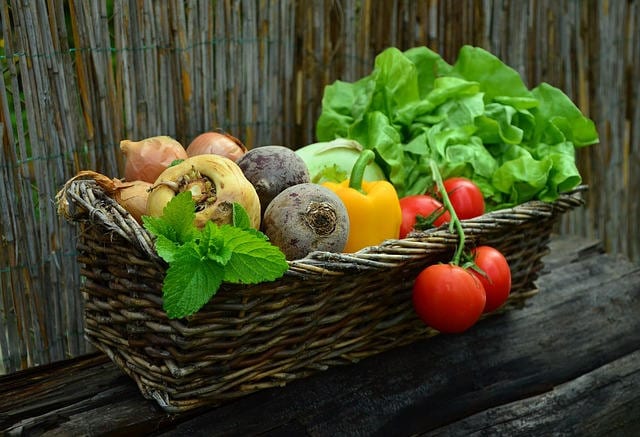 Within the classical naturopathic treatments, fasting fits as a holistic approach to preserving health and balance. Fasting serves as an indispensable component of traditional German healing regimen, and combines well with hydrotherapy and other forms of phytotherapy. In addition, the voluntary renunciation of food has a personotropic dimension, which addresses the mind body spirit of the individual, contributing to a psychosomatic healing process.

Perhaps Sebastian Kneipp (one of Hildegard’s successor in carrying the torch of German Herbal Remedies) said it best.  “If you know you have eaten, you’ve already eaten too much.”