A look at Hildegard and Spelt

For centuries before the advent of modern medicine, healing practices were not confined to curing existing diseases and ailments. Pre-modern medicine practitioners, such as Hildegard of Bingen focused on prophylaxis and preventive measures to address ailments before they developed. Diet and nutrition for the healthy and sick alike plays a central role in monastic medicine.  Within this context, many consider an inseparable relationship between Hildegard and spelt.

The concept of preventive health and nutrition was a central focus of Hildegard of Bingen’s brand of holistic healing. It’s no surprise that she begins her primary work, “Physica” with a discussion about grains. What might be surprising to followers of her work is her lack emphasis on spelt. 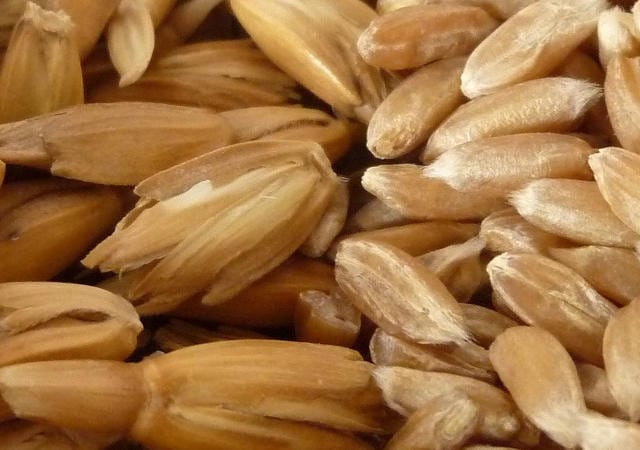 In the first chapter of “Physica”, Hildegard discusses wheat rather than spelt.

Despite popular contemporary thinking around Hildegard and spelt, Hildegard of Bingen writings actually do not focus on spelt recipes. With the exception of a single section in “Physica” focused on spelt recipes for loss of appetite (I 5), the ancient grain appears infrequently in Hildegard’s writings.

The Modern Interpretation of Hildegard and Spelt

Like many modern variations on Hildegard’s teachings, the popular recipes using spelt primarily represent inventions of 20th century thinking. The revised thinking on spelt, however, is not without merit. The argument in favor of substituting spelt in favor of wheat for Hildegard recipes may be justified by the fact that modern wheat has been altered since Hildegard’s time.

For what little she may have said about spelt, according to Hildegard’s nutritional treatment, spelt possesses entirely positive subtlety.  The abbess looked at spelt as an “all-purpose” food in the best sense. She considered it suitable for almost everyone – and in any situation. 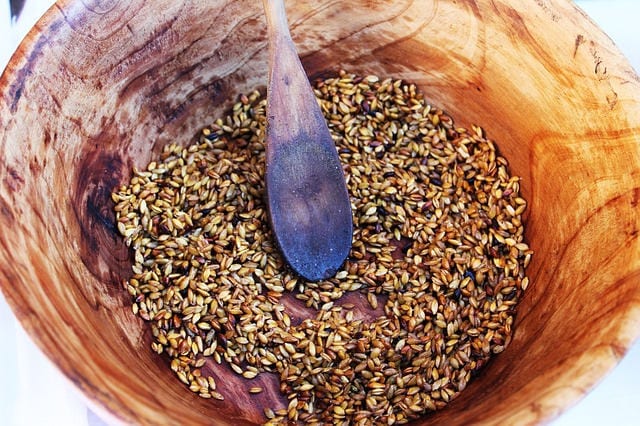 In addition, the integrity of spelt, as an ancient grain, remains consistent with what Hildegard would have experienced. This is particularly true when it comes to the effects of gluten found in today’s wheat as compared with spelt.

Notwithstanding what many of us consider genetic modifications to wheat, since Hildegard’s time, when Hildegard called for flour in her recipes, she referred to wheat flour. In fact, Hildegard’s body of work overwhelmingly favors wheat to spelt; she references wheat three to four times more often than spelt.

Specifically, she describes “wheat is warm and a perfect fruit, so that no wrong in him. And when the right flour is made from wheat, the bread made from this flour is good for healthy and sick people alike, it strengthens the flesh and is good for the blood.”

What do spelt benefits have to do with a Benedictine nun who lived in Germany during the Middle Ages?  And, what is “the right flour”? 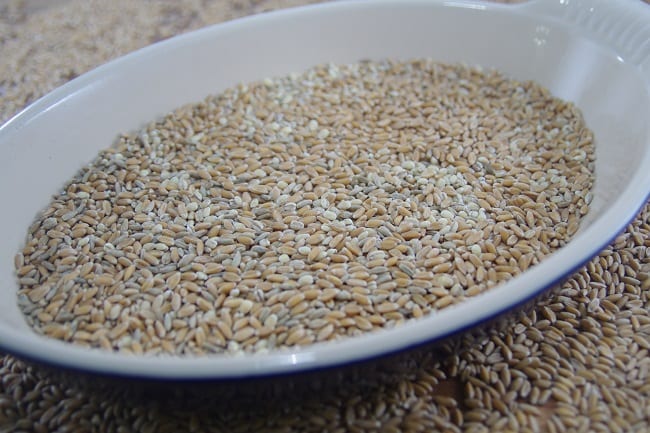 Beginning in the Middle Ages, Hildegard extoled the many spelt benefits for nutrition. Here, we have a combination of spelt and other grains.

Ideally, use flour from the whole grain, rather than refined grains, such as the Greeks and the Romans prepared, which results in the bran and germ being removed.  It is fair to say that spelt was high on the list of St. Hildegard’s list of must-eat foods.

What Hildegard had to say about spelt benefits

The secret of spelt benefits lies in the concept of bio-availability. The grain is highly water-soluble, which makes it easy for the body to absorb its rich array of nutrients with a minimum of digestive effort. If we take the view that carbohydrates represent the stored energy of the sun, this energy is freed during the digestive process.

Spelt has a balanced blend of fats, with a bias towards polyunsaturated fats. Combined with the superb fiber content, this balance helps lower or control cholesterol. Fatty acids are vital to the nervous system lending a line of defense against stress and the related symptoms of depression and fatigue.

“Spelt is of high nutritional value”

Modern research has proven St. Hildegard right about spelt’s high nutritional value, even though she arrived at her conclusions without the benefit of our modern laboratories. Spelt is a good source of vitamins, in particular the B Complex. B Vitamins help control the metabolism of carbohydrates, proteins and fats. Spelt contains more Vitamin B-1 (Thaimine), pantothenic acid and niacin than wheat, with comparable levels of B-12 (Riboflavin). 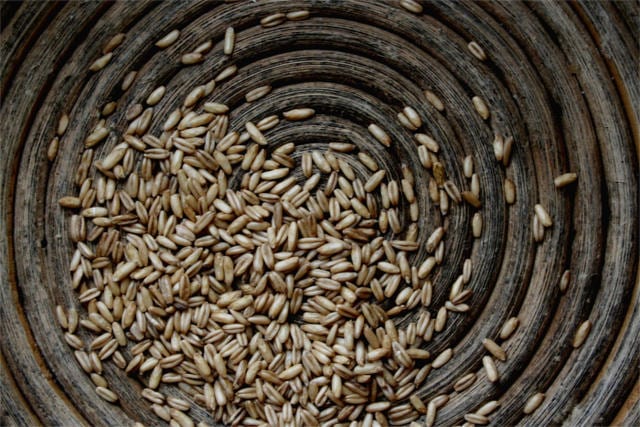 Spelt, an ancient grain and healthy alternative to wheat

“Spelt is better tolerated by the body than any other grain”

Studies at the Hildegard Institute in Germany have demonstrated that many with sensitive digestive systems have found spelt to be easily tolerated. The World’s Healthiest Foods website also backs up this claim. This may in part be due to its fragile gluten, which is easier to digest than the gluten found in common varieties of modern wheat, and helps answer a commonly asked question: is spelt is gluten free?

Beginning in the Middle Ages, Hildegard extoled the many spelt benefits for nutrition. Here, we have a combination of spelt and other grains.

Spelt is an excellent source of nutrition for those looking to increase physical fitness and strength. Though the strain used is different, Spelt is often used to boost the performance of racehorses. Our strains are closely related, the difference being breeding to improve use in breads and other baked goods (though raw spelt kernels are tasty all by them selves – Ed.).

“and good blood and confers a cheerful disposition”

Spelt is rich in mucopolysaccharides, which are known to assist in blood function, boosting the immune system. St. Hildegard’s approach to health relied heavily on the ancient Greek system which viewed the body as controlled by the four “humors”: body-choler (yellow bile), blood, phlegm, and melancholy (black bile). One of the secrets of good health, according to St. Hildegard, is the ability of the body to absorb or counterbalance black bile. “If humans did not possess the bitterness of bile and the darkness of black bile, they would always be healthy,” she wrote. 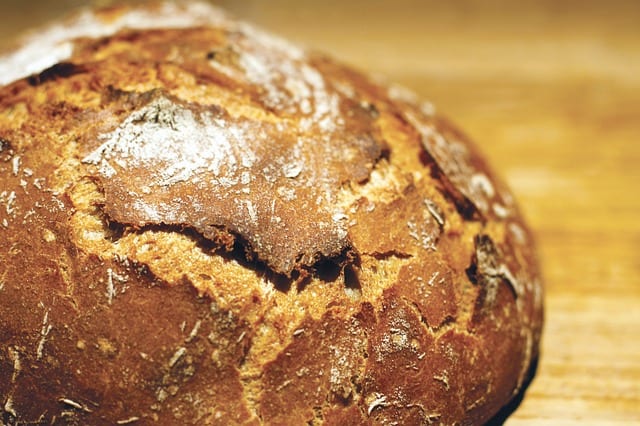 Spelt bread has become widely popular in Germany in these days

“It provides a happy mind and joyful spirit”

Neurotransmitters are important in determining mood and mental activity. Two important building blocks, phenylalanine and tryptophan, are well represented in spelt’s nutritional profile. Dopamine and the hormones adrenaline and noradrenalin are produced from phenylalanine. Tryptophan is a stimulant to the production of serotonin, important to moods and alertness.

“No matter how you eat spelt, either as bread or in other foods, it is good and easy to digest”

Spelt makes a fine “Old World” bread with a wonderful taste, sweet and slightly “nutty” in flavor. Even white spelt flours are essentially whole grain flours. In contrast to wheat flours, the essential ingredients and vital nutritional components of spelt are retained in the kernel until just before milling. In contrast, white wheat flours must be “enriched”. Much of the nutritional value in wheat is lost in the milling process.

Hildegard recommended the topical use of wheat for such varying conditions as “emptiness in the brain”, leading to the madness (we’ll have to get back to you on how to apply it for this purpose), as well as back and hip pain along with healing wounds. 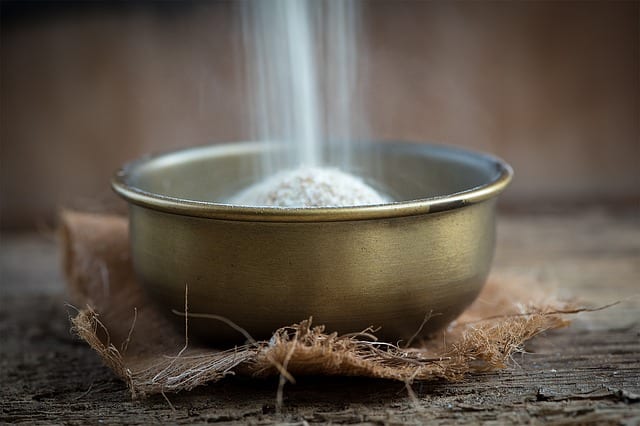 Wheat germ oil is a rich source of vitamin E.  It naturally contains the highest content of vitamin E of any food that has not been fortified. The dietary fiber in wheat bran contributes to overall wellness, through effective intestinal cleansing, improving blood cholesterol levels, and reducing the risk of heart disease.

During Hildegard’s time in the Middle Ages, Rye became the most important cereal grain in northern regions of Europe, because its ability to thrive in the humid soils. 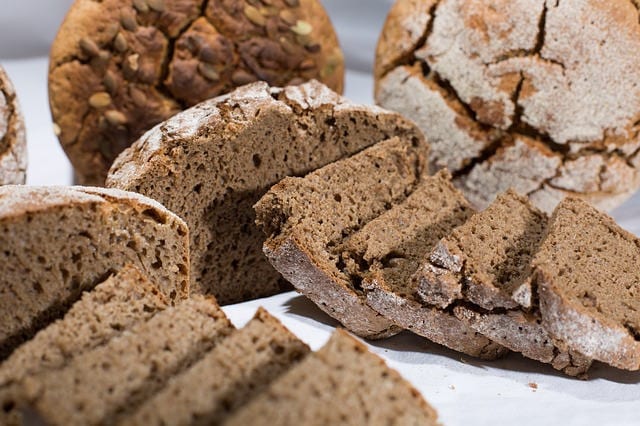 Hildegard’s work in “Physica” reflects the popular sentiment toward rye, both then and now in Germany.  She wrote in Physica “bread made of rye is good for healthy people, making them strong.”

Like wheat, rye is also considered warm, but the warmth is not as pronounced as with wheat. Hildegard’s writings suggest it has many positive forces, such as helping obese people lose weight without contributing to weakness. Rye is not ideal for those with weak or compromised digestion.

According to Hildegard, rye, like wheat, may also be used topically. Heated rye bread is said to aid against the treatment of tumors. Other beneficial uses of rye include for skin rashes and scabs on the head, which are treated with crumbled crust, and olive oil and warm breadcrumbs sprinkled over meat to protect against parasites. 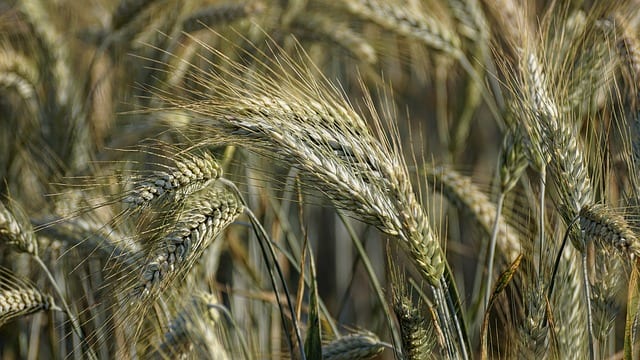 Rye contains minerals such as calcium, potassium, zinc, chromium and magnesium. In addition, it contains all essential amino acids important for the cellular growth and development. Rye contains mucilage such as pectin, which improves intestinal flora, promoting healthy digestion and balanced cholesterol and blood sugar.

People with pronounced sensitivity to gluten (celiac disease) should not eat rye bread. However, as with spelt, those with slight gluten sensitivities may find rye a reasonable alternative to wheat because it has less gluten.

St. Hildegard’s recipe for a cure

“When someone is so weakened by illness that he cannot eat, then simply take whole spelt kernels and boil them vigorously in water, add butter and egg (and a pinch of salt). This will make the food tastier and the patient will want to eat it. Give this to the patient and it will heal him from within like a good healing salve.”

Find more about the benefits of spelt here.