“Anyone suffering from a deafening ringing in the ear, smear the Winter Cherry on a felt and put it over the ears to the neck and attach it to a bandage. If used more often this will heal the ringing and create a good hearing again.”

Health benefits and History of the Golden Berry

Like many ancient herbs, the Golden Berry (Physalis) is known by several names.  Its Latin reference is Physalis alkekengi. Within the same genus, it is commonly known by names such as the Chinese lantern plant, the Japanese lantern plant, gooseberry, strawberry tomato, winter cherry, ground cherry, and bladder cherry. 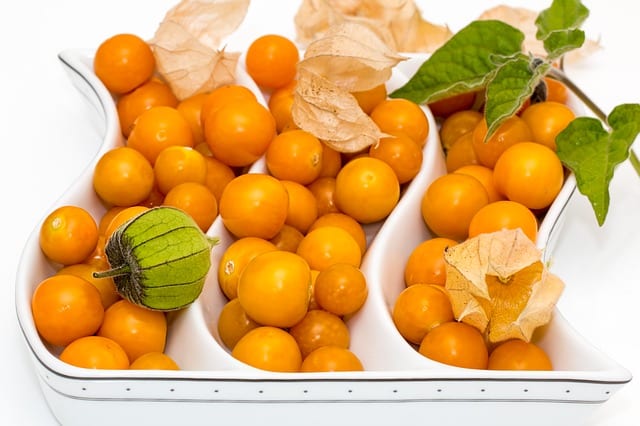 Golden Berries are known by many names

Golden berries (strawberry tomatoes) were used among the ancient Romans and Greeks to address urinary diseases. Traditional German medicine and monastic medicine expanded its use for addressing mild kidney and bladder ailments. Practitioners of medieval medical treatments also found use for the golden berries to address gout and rheumatism. These are both metabolic conditions, which arise from the concentration of uric acid the blood.

The Strawberry Tomato (Physalis alkekengi) belongs to the tomato family of plants, which contains over 90 species. Much like Hildegard’s favorite fruit, the apple, golden berries contain a high amount of pectin. Pectin serves as a natural gelling agent, which helps regulate digestion, reduce blood glucose and cholesterol levels.  Pectin is particularly effective against “bad” cholesterol. 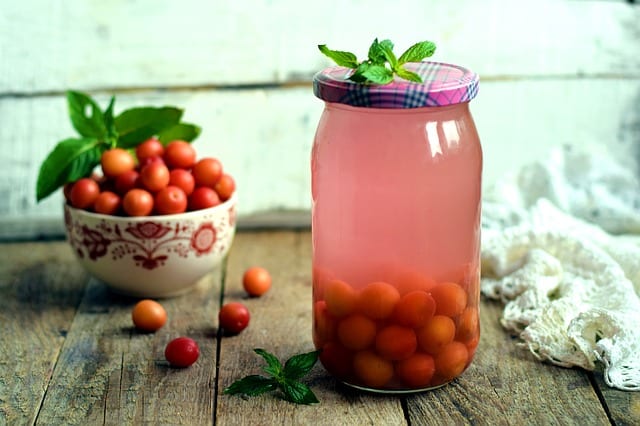 The Chinese lantern plant helps support a robust immune system to raise defenses against new illness. Modern cosmetic science incorporates the topical use of Chinese Lantern to address mild skin irritation, wounds, and inflammation of the skin. In German naturopathy, Physalis is used as a diuretic cleansing agent to improve kidney and bladder function.

Golden Berries to improve the bodily balance of minerals

While physalis alkekengi proves slightly toxic in large quantities, it delivers a powerful combination of vitamins and minerals. These works safely in a daily meal regimen. The golden berry tastes great fresh on its own, or in a fruit salad or fruit smoothie. Dried, the Winter Cherry works perfectly in breakfast cereals or energy bars. 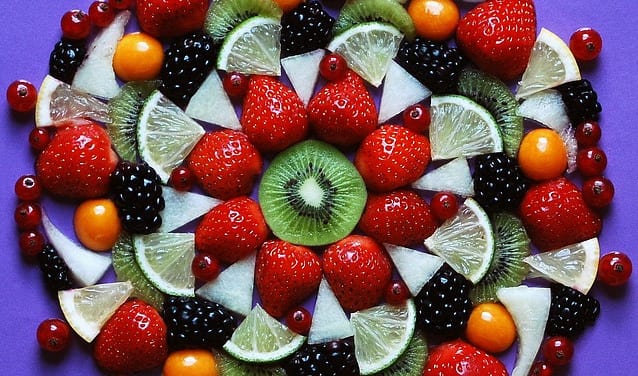 Golden Berry is a great addition to a fruit salad

A diet including Golden Berries contributes to energy and vitality. These berries help support the proper functioning of cell metabolism, which contributes to overall well-being. After regular use, one observes a noticeable increase in energy along with stabilized blood glucose levels. The constituent antioxidants counteract cell damage, and contribute to an effective cleanse.

Like many of Hildegard’s favorite foods, Golden Berry contains lots of fiber to lower cholesterol and contribute to a feeling of satiety. In addition to great taste, the simple Winter Cherry delivers so many health benefits.  And, it may also contribute to a healthy weight-loss program.

Other Varieties of Physalis have in common

Physalis peruviana, a plant species of the genus Physalis, and close relative of the Golden Berry derives from the Andes.  This plant is often referred to as the Peruvian groundcherry or Cape gooseberry, and it contains high amounts of vitamin C, in addition to vitamins B1, B6 and iron.

In addition to vitamins, Physalis contains vitamins E, B2 and folic acid.  Also abundant are the minerals sodium, potassium, calcium, magnesium, phosphate and zinc.  Beta carotene, also present, converts to vitamin A in the body, and is known to contribute to healthy eyes and vision.

More herbs for the Urinary Tract

Kidney stones: Chamomile and Geranium oil, or their essences used for sitting baths and ingest 3-5 drops with honey water 3x daily. Mix these essential oils with olive oil at a rate of 2 to 1. Apply topically by rubbing to the lumbar area, also apply compresses. 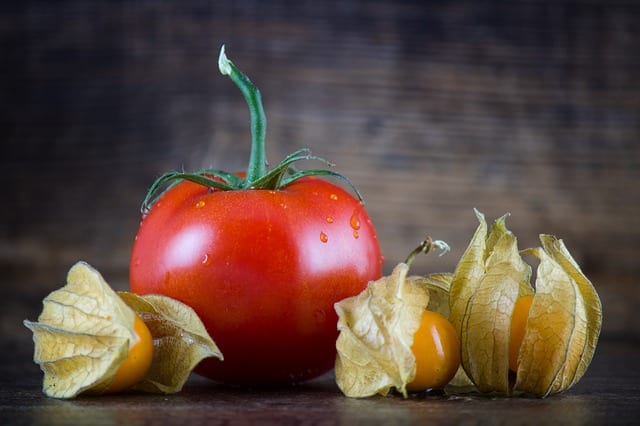 Physalis is, as tomato, a diuretic food