Feverfew (Tanacetum parthenium, formerly Chrysanthemum parthenium) is a mainstay Hildegard herbal remedy, which she referred to as Bertram. Bertram or Feverfew uses are well known in folk medicine, particularly as a migraine remedy. In appearance, the Feverfew plant resembles genuine Chamomile (Matricaria chamomilla).

Most Hildegard translations of Physica refer to Bertram (Anacyclus pyrethrum) as Feverfew (Tanacetum parthenium), because both bear a resemblance to chamomile.

As early as the 18th Century, feverfew uses had been widely adopted in Great Britain for headaches, as well as for tooth and stomach pains. Feverfew uses also included addressing symptoms related to rheumatism, joint inflammation, and early stages of arthritis.

In his 1772 publication, The Family Herbal, English physician, pharmacist, and botanist, Dr. John Hill described the Feverfew plant as one “surpassing anything previously used against headaches.” Through his endorsement, the feverfew herb became accepted in England as “the aspirin of the 18th century.”

Feverfew uses as a medicinal plant predate Dr. Hill’s research. In ancient times it was widely used as a medicinal herb for women’s health. Its use was most prominent during birth, as well as for menstrual cramps and irregular menstruation.

The Greek doctors, Pedanius Dioscorides (60 AD) and Claudius Galenus of Pergamum (129-199 AD), described feverfew herb in their works by the name “Parthénium”, which translates roughly as “virgin” or “virgin goddess”, further emphasizing its popular use in addressing female health conditions. 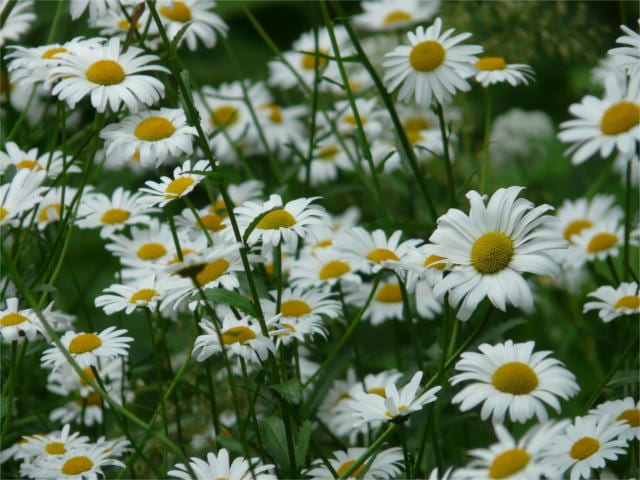 Centuries after its use among Greek physicians, knowledge of the Feverfew plant’s medicinal qualities traveled northward, along with the Benedictine Order, from Italy across the Alps, eventually to what is now Germany. Toward the end of the 8th century the feverfew plant was widely cultivated on the order of Emperor Charles the Great.

Today, feverfew herb is common in German domestic gardens and can be found growing wild throughout the countryside.  Hildegard of Bingen strongly endorsed Feverfew, increasing its popularity among women suffering from gynecological issues and abdominal pain.

“If you suffer from a sick intestine, boil the Motherswort with water and butter or oil and add some spelt flour. Prepare a drink, for it helps the intestines.” – Hildegard of Bingen, Physica, Cap. 116.

Today, it is generally accepted that the fat-soluble (lipophilic) substances of the plant are optimally absorbed in combination with dietary fats.

Today Feverfew is used primarily for the treatment of migraines and accompanying symptoms. In particular, the long-term preventive use of Feverfew extract can significantly reduce the number and severity of migraine attacks. Studies show Feverfew may be effective on collateral effects of migraines, such as nausea, dizziness, and vomiting. The efficacy of Feverfew for migraines has been demonstrated in numerous clinical trials.

Feverfew works to relieve cramps, relax nerves, and induce a soothing effect on the nervous system. In women’s health it is appreciated for its menstruation-promoting effects and is also used to regulate labor pains to ease the birthing process. 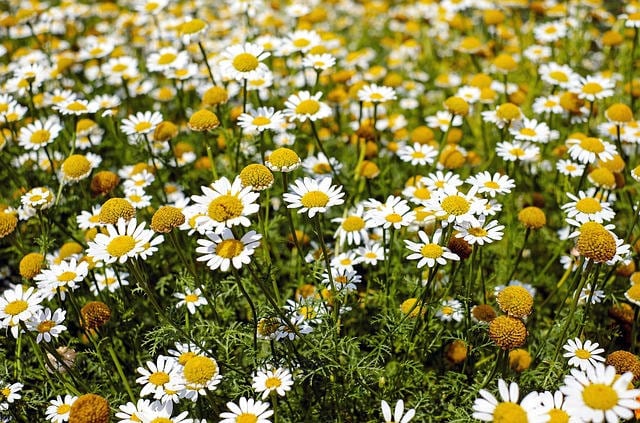 The active ingredients in feverfew act on blood platelets and limit the release of serotonin. Serotonin contributes to migraine headaches though its effect on blood flow within blood vessels in the brain. Uncontrolled serotonin distributions trigger the discomfort associated with migraines.

Feverfew extracts are generally used in the form of feverfew tea, tinctures, and finished products for migraines and headaches. In order to effectively prevent migraines, feverfew extract should be taken regularly over several weeks. As with many botanicals, consistent use is recommended, as the level of feverfew’s active ingredients in our bloodstream can take time to reach efficacy and must remain consistent to act as an effective preventative remedy.

Feverfew can be grown easily in your herb garden at home. The plant is excellent for filling gaps, can be easily sown into bare spots in the garden, and requires little maintenance. For medicinal purposes, harvest the flower heads with the flowering shoots from June through August. The medicinal benefits of feverfew can come from fresh or dried plants. If storing, keep in an airtight container in a cool, dark place.