You may have heard of Community Shared Agriculture (“C.S.A.”) or perhaps you even participate already (let us know what you think.) For those who haven’t heard of CSA, or only have a vague idea of how it works, this post will help you understand if joining a CSA is right for you.

What is Community Shared Agriculture?

Community Shared (or, Supported) Agriculture is an alternative economic model of agricultural production and distribution. Members or Shareholders (consumers) make a financial investment directly to the farm in exchange for a share of the farm’s harvest.

CSA, as defined by the USDA:

“Community Supported Agriculture consists of a community of individuals who pledge support to a farm operation so that the farmland becomes, either legally or spiritually, the community’s farm, with the growers and consumers providing mutual support and sharing the risks and benefits of food production.

Typically, members or “share-holders” of the farm or garden pledge in advance to cover the anticipated costs of the farm operation and farmer’s salary. In return, they receive shares in the farm’s bounty throughout the growing season, as well as satisfaction gained from reconnecting to the land and participating directly in food production. Members also share in the risks of farming, including poor harvests due to unfavorable weather or pests.

By direct sales to community members, who have provided the farmer with working capital in advance, growers receive better prices for their crops, gain some financial security, and are relieved of much of the burden of marketing.”

There is no set structure of Community Shared Agriculture, farms can employ a number of different types of CSA models. Some small farms include the entire operation within a CSA while others may only allocate a portion of their total acreage to a CSA.

This growing movement in the producer-consumer relationship within agriculture offers some exciting opportunities to better connect people with the production of their food. The benefits of CSA, however, come with some corresponding growing pains, including those relating to what actually constitutes a CSA and the inherent confusion within an emerging market.

We will walk you through the different types of CSA structures, as well as the benefits and drawbacks, so you can make an informed decision whether or not a CSA would be a worthwhile investment for you. But first, we’ll take a closer look at how we got here. 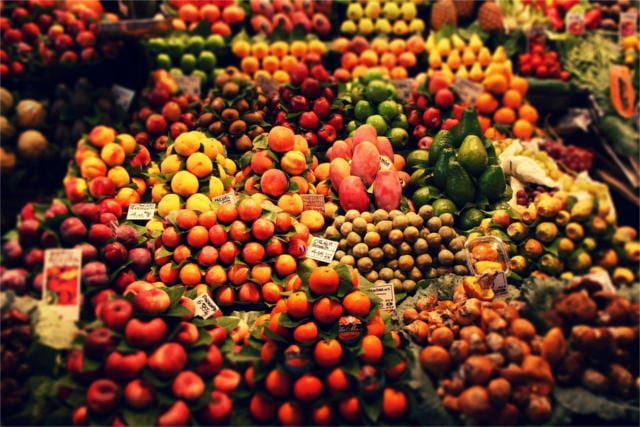 Not Our First Revolution

Modern living provides convenience and expediency like never before. When it comes to our food, we enjoy the bounty of a highly advanced marketplace that has all but eliminated supply deficits due to seasonality and geographic or climate-zone constraints.

Thousands of years of hunter-gather sustenance (often referred as the Paleolithic epoch) was transformed in relatively short order through the advent of cultivation. The Arab Agricultural Revolution, beginning in the 8th century, dispersed crops like durum wheat, Asiatic rice, sorghum, and cotton, along with farming techniques that would establish the first mass cultivation of population-serving agriculture.

By the 17th century the British Agricultural Revolution would surpass all previous productivity thresholds to become the highest producing farming base in the world. The abundance of labor and corresponding yield enhancement techniques would produce the first mass-market surplus of food.

Over the next two hundred years, advancements in farming and the corresponding food surplus would send the excess labor — no longer needed due to the sharply rising productivity — into cities. This migration of labor would, in turn, power the coming Industrial Revolution and urbanization, which would eventually converge into the mechanized industrial mega-farming of today.

This convergence of industry and agriculture resulted in the development of high-yielding varieties of cereal grains, expansion of irrigation infrastructure, modernization of management techniques like crop rotation and deep-placement fertilizer, hybridized seeds, and the use of synthetic fertilizers and pesticides. All of which have led to remarkable increases in productivity.

The Double-Edged Sword of Efficient Harvesting

Yet with the advancements in production and improved efficiency, food production has dovetailed into a monolith of industrial production and processing, resulting in a public health threat never before seen. The abundance of food and readily available processed food has actually created more distance between the consumer and the farm. This paradox of proximity, in which we are surrounded – even bombarded by processed foods is a significant driver in a multitude of public health problems.

Consumers and farmers have expressed grave concerns over the increasingly industrialized nature of our food production. From the early stages of chemical fertilizer use, through our current struggle to gain control over issues like GMO, labeling, and ethical issues in animal production, people have been working to improve transparency and bolster consumer rights.

But this has not been easy, given the marketplace has been going through a massive consolidation over the past 30 years which has resulted in centralized power and political influence that greatly favors corporate conglomerates over individual producers and consumers.

Despite the headwind, the Community Shared Agriculture model is of the most successful grassroots efforts to establish and maintain a foothold in how our food is produced and consumed. Originating in the early 1960’s in Europe, and later Japan, versions of the CSA model first emerged to combat the use of pesticides, the increasing prevalence of processed foods, shrinking farmland, and forced consolidation of small farms into corporate holding companies.

Since then, the CSA has taken hold as a way for the consumer to access food directly from a trusted source while allowing small farms to fund their operations without the high risks associated with the smaller scale and lower efficiencies. 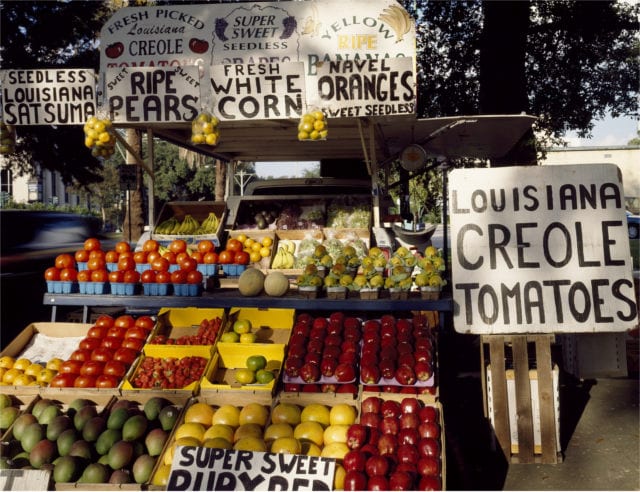 The CSA concept first came to the U.S. in the mid-1980’s when two European farmers, Jan Vander Tuin from Swizerland and Tauger Groh from Germany, began to incorporate European biodynamic agriculture techniques formulated by the Austrian philosopher and social reformer, Rudolf Steiner.

The term “community shared agriculture” was first coined in the U.S. when the first two CSA farms were created in 1984, the CSA Garden at Great Barrington, created in Massachusetts by Jan Vander Tuin, Susan Witt, and Robyn Van En, and the Temple-Wilton Community Farm, created in New Hampshire by Trauger Groh, Anthony Graham, and Lincoln Geiger.

Since then, Community Shared Agriculture farms have been organized throughout North America and Canada.

Most CSAs are small farms that have between 35 and 200 members. A typical offering or “share” is 5 to 10 pounds of produce per week, roughly enough for 2 or 3 people. When selling their Community Shared Agriculture shares, each farm explains their anticipated yield and varieties of produce. Some may offer half-shares or specific produce, i.e. Community Shared Agriculture arrangements that are only for apples or eggs. Most will have a central location where shareholders pick up their weekly allotment, though some may offer delivery or require pick-up directly from the farm.

While there is no legally defined terms in which the “CSA” designation can be used, there are four general structures in which most CSA’s operate. 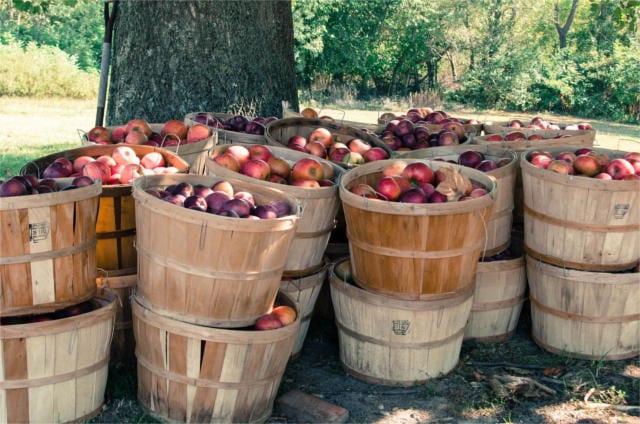 This is the most common structure. The farmer organizes the CSA and retains the management decisions regarding the operation of the farm, as well as the Community Shared Agriculture pricing and distribution methodology. The shareholder or subscriber is usually not involved in the farm operations, though many encourage subscribers to visit or participate in community-based initiatives or activities.

Consumers organize the CSA and handle the management, planning, and economic management. The CSA then hires the farmer to produce, often according to guidelines determined by the CSA. This is a kind of “contract farming” model that is used mostly in the Northeast.

This is a farmer-driven Community Shared Agriculture in which the ownership of the production (farms) are vested through the legal structure of a cooperative. Typically, two or more farms will enter into a cooperative structure to pool their resources to bolster their efforts in administration, legal, marketing, distribution, and sales, but is also done for more complex reasons. The structure is common and can be scaled from hyper-local to international. Household names such as California Dairy, Land O’ Lakes, and Ocean Spray are examples of large cooperatives.

This farmer-consumer cooperative is similar to the farmer cooperative but the ownership includes to consumers. The structure allows production and consumption to co-own the land and other resources and work together to produce food. It not a common structure within the Community Shared Agriculture market and has historically been utilized for specific commodities like eggs, in tandem with buying clubs.

What to Expect: pros and cons

The Community Shared Agriculture model is great for those who desire fresh, local, and seasonal produce throughout the growing season but do not have the time or space to grow their own garden. It can also be a great way to supplement your own garden (your Hildegarden) or provide fresh produce for those who may have mobility issues due to age or health conditions.

We believe, just as Hildegard did, that improving our relationship with the nourishing and healing properties of our foods is essential to overall wellness. So even a small move that brings us closer to our food is going to have benefits beyond mere convenience. But there are things to consider when contemplating buying a share in a CSA farm. Below are some pros and cons. 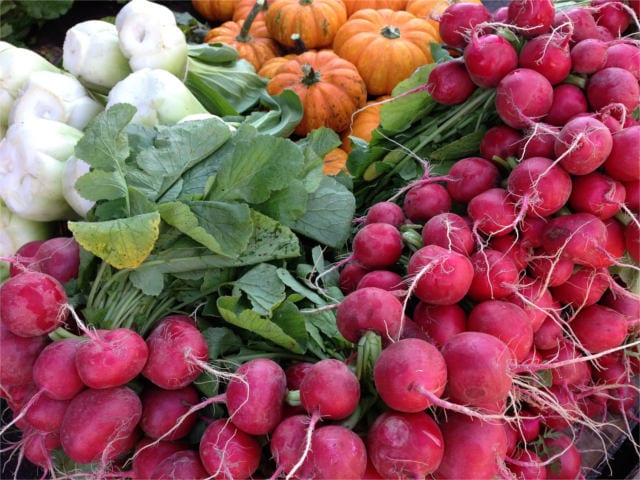 How to Find a CSA

You can learn more about Community Shared Agriculture farms and locate a CSA farm in your area by searching the USDA’s CSA website. You can find out more information about agricultural trends and resources in your area via the USDA’s “Know Your Famer” website. Many local farmers markets have local CSA farm booths as well so next time you are passing through, strike up a conversation, you may be surprised to learn that there are some farms in your community.