Black Radish- not only as a soup for Colds

The black radish is experiencing a comeback not just as a soup for Colds. Hildegard of Bingen wrote in Physica: “The radish is more warm than cold. After being excavated, it should be left under the ground in a humid place for two or three days, so that its green will be tempered, to which it is even better to eat. And eaten, he cleans the brain and reduces the harmful juices of the intestines. (…) Who has a lot of mucus in them, pulverize the radish and cook honey in wine and pour this powder into it and a little cool it drink it after the meal, and this powder will purify it from the mucus. ”

The black radish can be traced back to the Egyptians. Originally from the eastern Mediterranean, it lost its popularity in the middle of the twentieth century, because the white radish (in Germany) took its place. In the US, the red radish is more common. 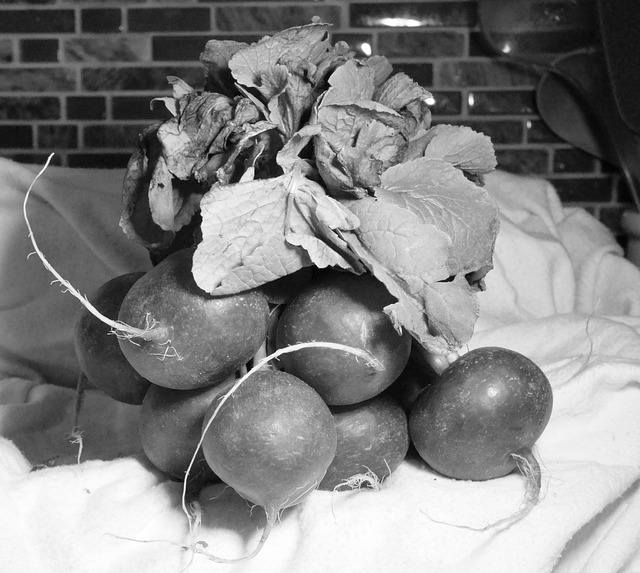 In medieval monastic gardens, the black radish was cultivated both as a vegetable and as a medicinal plant. Hildegard of Bingen recommended radish to relieve coughing and to promote digestion. In this context, Hildegard of Bingen also noted that the frequent use of radishes contributes to healthy weight loss.

With the modern boom in organic cooking and the associated discovery of ancient vegetable varieties, the black radish is experiencing a comeback in Germany.

Spicy and rich in vitamin C

The nutrient profile of the black radish is similar to white and red radishes. The typical spicy flavor comes from the Sulphur-containing mustard oils. Black radish is high in vitamin C, which is important for the construction of connective tissues and immune function. Chemical constituents of the black radish have purifying, mucus releasing, antibacterial, cramp relieving, and soothing effect.

The use of black radish in naturopathy has scientific support for use on digestive disorders and inflammation of the upper respiratory tract. In addition, the black radish has a tradition in folk medicine for coughs (also whooping cough), liver ailments, rheumatism, and gout. Though common in traditional folk healing, treatment of these conditions has not yet been supported by rigorous scientific inquiry.

The active ingredients contained in the radish stimulate intestinal movements and promote the formation of gastric juices. The black radish can also promote bile, thus helping to prevent gallstones.

Black radish is usually harvested and stored after the first winter frost. For cooking, the black radish is normally peeled, but the skin can also be eaten. Due to its healthy, active ingredients and easy preparation, black radish is a great addition to any Hildegard diet. 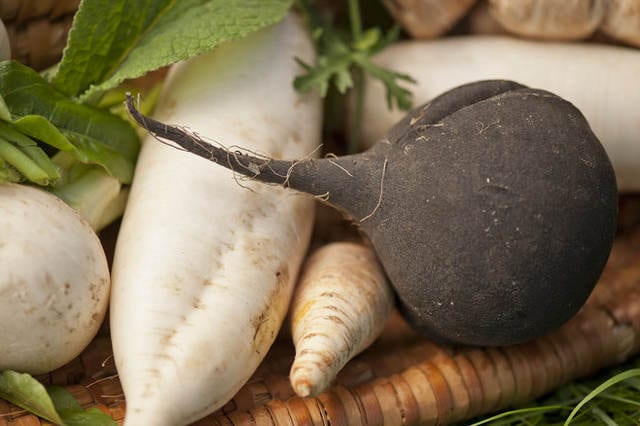 The medicinal properties of the black radish are found in its root. And, in contrast to a summer radish, there is no need to peel the black radish; a thorough cleaning is generally sufficient.  In fact, you should eat the black radish peel because the peels contain active ingredients.

The black radish can easily be cut into fine slices and eaten raw. Add some salt to the vegetables to limit some of the spicy flavor profile. 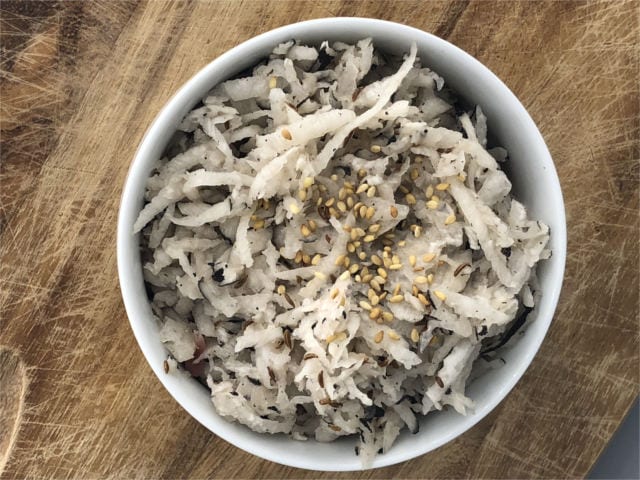 Black radish can also be added to a winter salad. Along with other vegetables, such as yellow beet, parsley roots, and celery. Grate the vegetables into fine strips and allow them to soak in a honey-sweetened marinade.

The black winter radish can also be easily processed into a soup, and can thus have a beneficial effect in treating the symptoms of the common cold by loosening the airways. 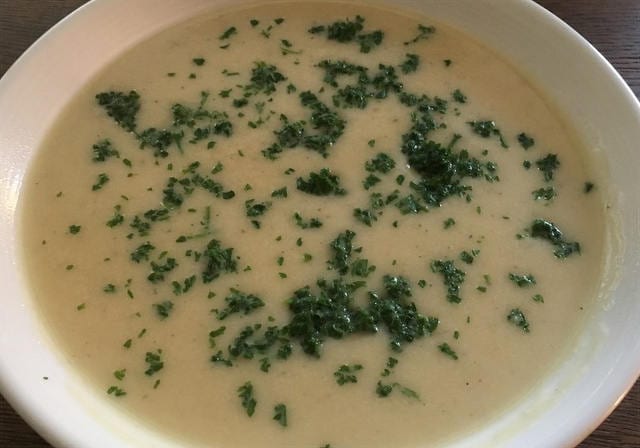 To promote digestion and relieve gastric disorders, drink radish juice daily (daily dose of 50-100ml). Use of radish juice should not exceed 4-weeks (daily intake), as the mustard oils may otherwise irritate the stomach membranes.

A delicious natural cough syrup can be produced from black radish. You will need a little brown sugar and a knitting needle.

First, cut off the top and hollow out the radish with a spoon. Then place the radish in a glass or a small bowl with the tip down, leaving some space between the radish and the bottom of the glass or bowl. Poke a hole in the radish tip the needle and fill the radish with brown sugar. Wait a few hours (or, preferably overnight), allowing the cough syrup to drip into the container.

Radish syrup has a powerful antioxidant effect and helps against coughing, bronchitis, and whooping coughs. For this purpose, the radish juice of the black varieties is most effective. Take a teaspoon of the syrup three to five times per day. The syrup can also be added to hot tea and then cooled.