Like our namesake, Hildegard of Bingen we are big proponents of living a balanced life. We also know that the hurried, modern life can easily lead to habits that take-on the appearance of balance but leave us wanting for rest, sleep, proper nutrition, and even just a sense of general contentment.

Hildegard reminds us that we’re not bound to a single rigid identity for the rest of our lives. No doubt our choices inform our outcomes, but we can take control, and make lasting improvements. Like Hildegard herself, we can embark on our own midlife awakening at any time, to find new energy and spirit for growth.

There is not always fertile ground for creating change. Sometimes, something must give. But just like your closet must be occasionally purged in order to make room for something new, you can create space for change by replacing something old with something new.

Neuroplasticity is the term used to describe the brain’s innate ability to adapt at the physiological level to stimuli. At its core, it is the process by which all permanent learning takes place in your brain.

Learning a musical instrument, a foreign language, or driving a car are all encoded in our brains based on repetitive thoughts, actions, and emotions that create neuro-pathways – actual physical structures in our brains, that incrementally make these functions more efficient over time.

This efficiency is not always a positive thing, but we will get to that later.

Our Eternal Ability to Adapt

The fact that our brains came to be as a function of our environment seems rather obvious.  What makes this adaptive quality so interesting is that it takes the longstanding belief that our brains are “hard wired” and turns it on its head.

Up until recently, the prevailing belief was that at some point in early adulthood our brains become fixed and whatever exists at this point of maturation becomes the rigid framework of our brains. This follows the intuitive belief that at some point after puberty we are stuck with the brains we have.

This notion is easily reinforced by plenty of observable evidence as to the ease at which children acquire new skills relative to adults. Anyone who has attempted to learn a new language in mid-life can attest.

This rigidity, however, is proving to be more about our tendency to habituate behaviors, thoughts, and routines than it is about the brain’s actual physiology. In other words, there is indeed a lot of wiring that seems to be “hard” but the wiring is a function, not a fixture. The wiring can actually change according to the inputs; change the inputs, change the wiring. This is the “plasticity” of the brain.

The power in this idea is not just that our brains are not as “hard wired” as we once thought, but that we can actually control how our brains work. By controlling the inputs, we can re-wire our brains accordingly – and to our advantage.

This is where the efficiency of our brains comes back to haunt us. Neuroplasticity is about function creating form. The brain’s resiliency is based on its ability to adapt its physical structure according to the stimuli it receives. As a result, it becomes more efficient in responding to the stimuli that are repeated.

Neuroplasticity is how we can drive a car without really thinking much about what our hands and feet and eyes and ears are doing. 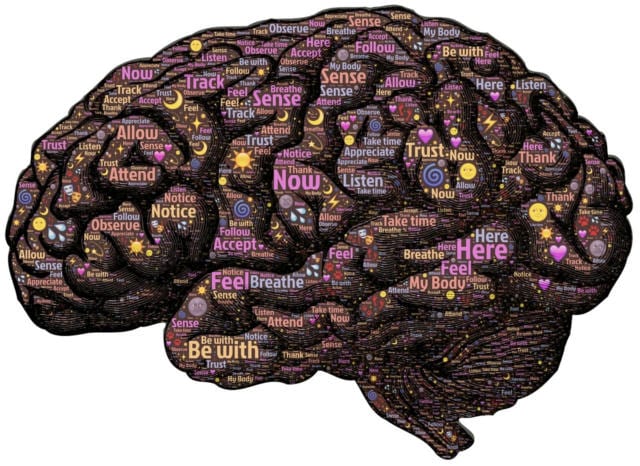 But what happens if we don’t manage the inputs? What will our brains do when this powerful attribute is left to respond to habits that are not to our advantage, even unhealthy or outright dangerous?

While neuroplasticity responds to our inputs, it does not differentiate between what is accretive to a healthy bottom-line and what might drive us into ill health. In his 2007 book, The Brain that Changes Itself, Norman Doidge, M.D., calls this the “plastic paradox”. He describes this power of the brain as a means toward more flexibility but paradoxically also a means toward more rigid behaviors.

“Ironically, some of our most stubborn habits and disorders are products of our plasticity. It is by understanding both the positive and negative effects of plasticity that we can truly understand the extent of human possibility.”- Norman Doidge, M.D. 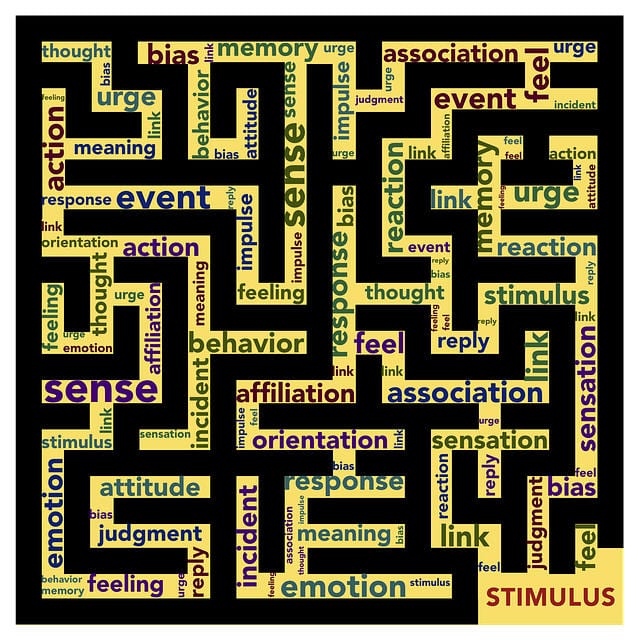 What Dr. Doidge is addressing is the challenge of managing our inputs. The structural changes that happen in our brains can be consciously induced based on our choices and subsequent behaviors, but can also be unconsciously induced through habitual or passive participation in routines based on what our environment presents.

In a modern environment full of stimuli – much of which is specifically designed to capture our unconscious attention, presents many challenges in this regard. It could also explain, at least in part, why so many people suffer from anxiety, depression, and other physical illnesses in a time when life is arguably the easiest and safest it has ever been.

Your brain adapts according to your repetitive behaviors and experiences. Physical changes in your brain as a result of these habitual behaviors become a manifestation of those habits. Changes happen when new neurons are engaged to communicate, which then form new connections with other neurons.

Neurons in your brain are specialized nerve cells that function as transmitters and receivers of impulses. In aggregate, these impulses are the commands that control everything from thoughts and emotions to your very breath and beating heart.

The synapses – or gaps, between neurons are where it all happens. The impulses travel throughout the nervous system but it is at this junction between neurons where the impulses are converted via neuro-chemicals or neurotransmitters into action. The more often these connections are reinforced – through repeating the activities that initiated the impulse, the stronger those specific bonds become.

Most drugs prescribed to improve mood, control anxiety, and increase cognitive focus are designed to influence what happens in the synapses of the neural pathways. The drugs increase the presence of key neurotransmitters, namely serotonin, in the synapses, such that the signal strength of the impulses being communicated is increased, if you will.

The power of your brain to weaken or strengthen these synaptic bonds, or more importantly your power to influence your brain to make such changes, is the foundation of neuroplasticity as a means for creating change in mood, cognitive ability, and the rest of our well-being that flows downstream from these tiny little gaps between the cells in our brains.

What is compelling about neuroplasticity is that it means we can harnesses our brain’s natural abilities to improve the actual wiring that instructs pretty much everything about us. There is potential for not only the acquisition of new skills at any point in our lives, but also for the re-writing of “bad” connections that may very well render pharmacological intervention moot.

Whether your habits are negative, like your sugar addiction, TV watching, smoking, or drinking, or positive like your morning running, nighttime reading, yoga, or meditation practice does not really matter to your brain. The mechanisms will be the same. What matters is whether you do the work to control the inputs or you rely on your default settings. 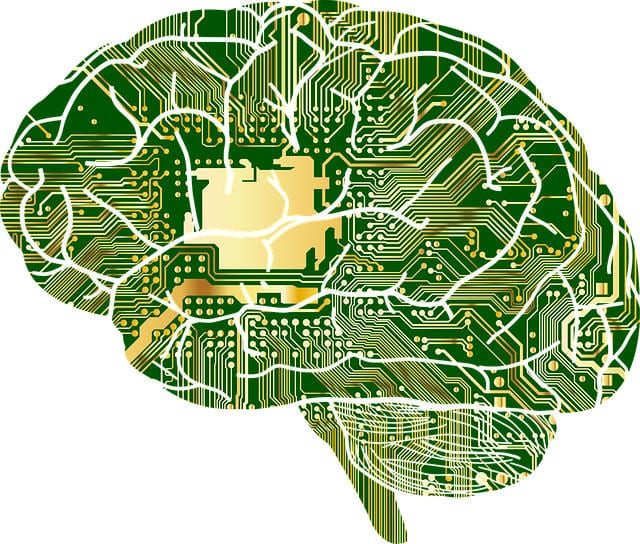 Regardless, our brains are continually changing their very structure and function based on a variety of inputs – be it thoughts, emotions, or behaviors. New habits are just waiting to creep into the wiring. This can work for you or against you.

The Path to Lasting Change

The path to lasting change is to create new structures and functions through repetition of what is desired. The brain plasticity responds to these changing inputs by over-writing or circumventing previously existing neurological connections. Old, neglected patterns atrophy and are either weakened or broken outright. This can be that bit of French you once knew when you were a kid but have long forgotten or it can be those neuro-pathways that once caused you to grab that cigarette without even thinking about it.

Similarly, whether you purposefully instill new patterns or default into them out of unconscious habit, the brain responds pretty much the same way. The rigidity that Dr. Doidge addresses means that changes to these “hard wires” – for good or bad will be met with resistance. The longer they have been in place, the more resistance you will have to endure. That is the bad news

The good news is that you are in charge

You can change your brain. In turn, your re-wired brain can make those changes easier over time; eventually those positive changes will become almost as rigid as those bad habits that originally inhabited those synapses. “Almost” will have to be good enough for now, as it seems that negative patterns are more sticky do to how they are often associated with underlying survival instincts. 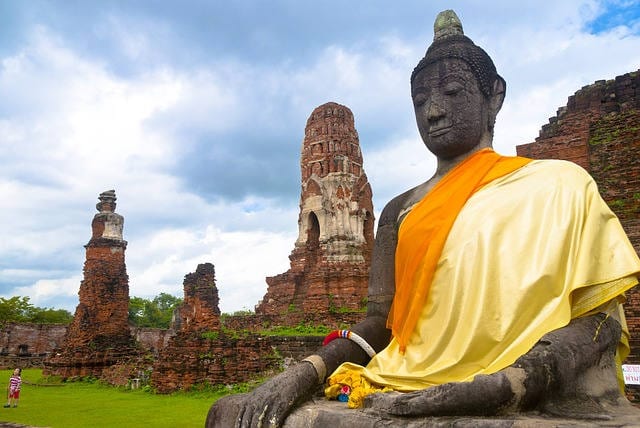 While the cultures and civilizations of the past could not have known the specific mechanisms, there is a constant and recurring notion throughout humanity of the mind-body-spirit connection.

Our intuitive nature is no accident. We are born with certain notions of our connectivity and how our self-awareness can influence these connections – both from within and without. When Hildegard of Bingen wrote of the interconnectedness of man, nature, and the divine, she was acknowledging the power we already have inside us to live a good life.

Her 35 subconscious virtues existed in the “mind of the soul” where our ability to effectively manages stress, resolve conflicts, dispel anxiety, and overcome worry was essential to live a righteous life. Many of her ideas can be associated with our own innate ability to create, which is really just using our god-given neuroplasticity to find and improve ways to express, and to thrive.

The ancient practices of yoga, tai chi, qui quong, meditation and many other variations can also be thought of as the application of neuroplasticity. The process of change, whether it is strength, skill, health, resolve, or simple stillness is accomplished through overcoming resistance through ritual, habit, and discipline. The ancients knew this quite well. They also understood that we are the source of the resistance. What is new is that now we can actually see it happening in the structures of our brains. 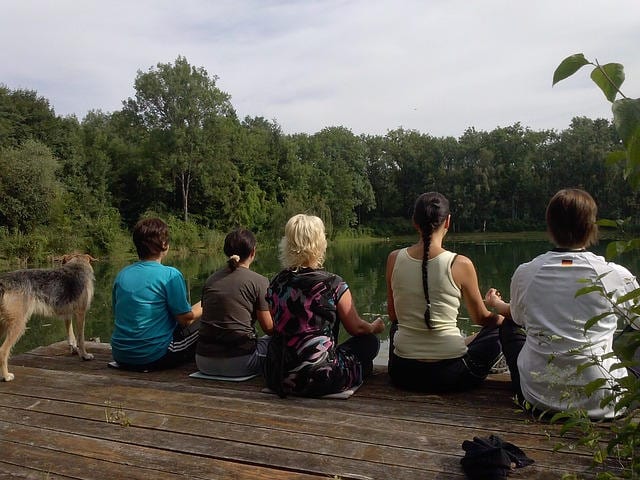 When we do break through the resistance, good things tend to happen. This is also a central tenant of many very old and widespread spiritual belief systems. A Kundalini awakening can be thought of as a culmination of forging new pathways.

Brain Plasticity and Science of Mind

In recent history (midcentury), a philosophy called the Science of Mind, founded by Ernest Holmes draws from both these ancient traditions and modern empirical science to explore the very real connections between how we think and how we live.

The mechanics of brain plasticity are not expressly included but are indeed foundational in the spiritual philosophy of Science of Mind, which seeks to create transformative and lasting change through building a mindful practice around what – and how we think.

One of Holmes’ books, Thoughts are Things, addresses this by calling attention to the power of our thoughts. In many ways it is a guide to changing our thoughts (thus our “wiring”) in order to change our lives for the better.

A similar approach within psychiatry is the practice area of Cognitive Behavioral Therapy (CBT), which focuses on the application of brain plasticity to improve mood and other life outcomes. CBT utilizes incremental behavioral changes to alter the underlying motivations and feelings, ideally until the new (positive) behaviors have overwritten the old (negative).

Whether you practice an ancient technique like meditation or a modern one like CBT, you are already engaging in a kind of  brai plasticity. If you are looking for a new way to create lasting change, consider engaging in a hands-on creative activity like drawing, painting, sculpting, or woodworking to help awaken your creative power.