Are Carbohydrates Bad for You?

The question of “Are Carbohydrates Bad for You?” is complex to answer. Over the past 20 years, carbohydrates and health have entered the crosshairs of our health-industrial complex.  Carbs have devolved into a culprit of ill health and the growing catastrophe of lifestyle diseases such as obesity and diabetes.

A critical view of carbohydrates and health deserves attention.  Ironically, as public criticism of carbs escalates, so too does the proportion of sugar and processed foods in our diets.

This apparent paradox shows just how little is actually known about nutrition, as well as how our preference for convenience and expediency so often puts us at odds with what we do know.

Many health and wellness practitioners have approached the matter of carbohydrates and health with the same fervor that the health industry attacked fat in the ‘70’s and cholesterol in the ‘80’s. In fact, it was the war on fat and cholesterol that created the carbohydrate problem in the first place. 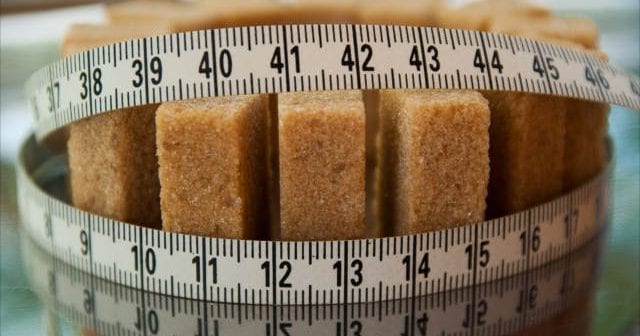 5-10% of your daily calories should come from sugar

A Successful Fight Against Fat

The solution was to encourage consumers to instruct their dietary choices based on a pyramid of foods with a foundation dominated by grains, breads, cereals, and starches, a.k.a. carbohydrates. In tandem, the food industry began to create a market within packaged goods catering to the idea that “low fat” and “non-fat” were healthier. Marketing efforts targeted the low-fat-is-healthier notion and it became fact.

When foods are stripped of their natural fats, they lose flavor, texture, and consistency that we find to be appealing. Thus, producers of these “healthy” foods replaced fats with sugar and other carbohydrate compounds to make them more palatable.

Even worse, our digestive system responds to fat with satiety (feeling full) much more so than with carbohydrates. The result was that consumers ate more overall, ate more often – particularly via snacking, and consumed even more sugar than ever before.

Even though the war on fat proved to be ill-informed and counter-productive in terms of reducing lifestyle diseases, the official doctrine has been slow to respond to both research and observable reality. Fat and cholesterol are still demonized, but now they have a new boogieman.

Are Carbohydrates Bad for you? Blame it All on the Carbs

We now know that the wars on fat and cholesterol were largely unfounded. Fat and cholesterol are not bad, but actually essential for a great many bodily functions. We also know that excessive sugar consumption is major driver of many health problems.

Are carbohydrates bad for you? The answer is more complex.

So the fact that the health gurus are now targeting carbohydrates and health is probably a good thing, as it is not quite as off-the-mark as it was about fat and cholesterol. However, we should also be a bit skeptical based on history and what little we actually know about nutrition science as a whole.

Fallacy of All or Nothing for Carbohydrates and Health

It is likely the case that we need to steer away from the high carbohydrate diet that has come out of the war on fat and the processed foods that dominate the modern diet. But we should exercise caution against framing the problem as a function of consuming one particular category of foods – or thinking that eliminating a certain food group is the panacea to good health, as we erroneously did with fat.

The Trouble with Generalizing Carbohydrates and Health

We first must define the actual problem. The health issues associated with the western diet – or rather what it has devolved into over the past 50 years, are complex and involve a number of factors that are not easily (or wisely) attributed across populations.

Further, the problem is not so easily distilled into one based on this particular food versus that food, or good versus bad, but rather one that spans from the micro to the macro; from individual choice and individual physical dispositions to industrialized foods and reliable information from which those individuals make their choices.

We are obviously confronted with problems associated with poor dietary intake and poor physical regimen. At the core, we have a problem with individual choices relative to diet and lifestyle.

In our efforts to take on these problems we must acknowledge our constraints. Apart from Hildegard’s ancient nutritional treatment, modern nutrition science is very young. We have only just begun to understand what to look for, let alone how the multitude of factors relating to nutrition interacts across time and individual variances.

Think of it this way: in the history of science, disciplines like chemistry were “stuck” in the alchemy phase for hundreds of years before technologies allowed for a breakthrough into a new paradigm. Scientists were cooking with dynamite before they were able to frame the problems within the confines of measurable reality.

Nutrition science is still in its alchemy phase. We know enough to be dangerous, but we are not quite to the point where reliable prescriptive measures can be applied to the population at-large, at least in terms of optimization.

That said, we do know enough to guide our nutritional choices within reasonable expectations of positive health outcomes. And it just so happens that much of this framework follows the notion of moderation and discretio, the same holistic approach espoused by Hildegard from so long ago.

The blunt blades of diet optimization have fallen upon carbohydrates and health. Cut out carbs and you will (fill in the blank). Like most nutrition advice based on incomplete science, this notion is true enough. If you cut out carbs you will likely lose weight, feel better, have more energy, etc. But for how long and what might you be giving up in order to do so?

Bread is still the most commonly consumed food in the world

For many people this may be an actionable approach to managing their diet. But for many others the trade-offs, the energy and focus required and their individual physiologies are not well suited to such constraints.

We also have to consider that if people were naturally inclined to such discipline and focus they would not need such an intervention in the first place.

Even though we technically need sugar to survive, we do not need the amount of sugar we typically consume within the modern diet (certainly not when compared with Hildegard’s medieval diet). And we certainly don’t need to add any sugar to our diets beyond what is naturally present in most whole foods. So cutting back on carbohydrates (especially added sugar) is advisable, as is increasing our awareness of the hidden sugars in our diets.

The easiest way to reduce these hidden sugars and carbohydrates in general is to reduce the amount of processed foods, cereals, and breads we consume. But we needn’t eliminate an entire class of macronutrients just because our sugar intake has gotten out of control.

Justification for Spelt, Grains and Bread

The bulk of our carbohydrates should come from whole vegetables and fruits. Grains and breads represent another pleasant way to take in essential vitamins and minerals, as long as we consume them in moderation.

For those willing and able to move past moderation into the more extreme measures, a more carbohydrate restrictive diet may produce positive results. Any extreme dietary changes, however, are best administered under the guidance of a medical or nutritional practitioner. This is especially the case for those who have a medical condition.

Some nutrition and health practitioners and armchair health experts have been touting the benefits of a diet based on fats and proteins that almost entirely excludes carbohydrates. In many ways they are turning the old FDA food pyramid that had carbohydrates at the foundation upside down. Though they obviously avoid sweets like they are poison.

Luckily our bodies are incredibly adaptive. When we don’t consume enough carbohydrates through our diet, our bodies adapt and create energy from other sources, namely fat. The state of converting fat into various components that can eventually be used for energy is called ketogenesis.

You may have heard of the ketogenic diet. One early, and popular approach was developed by and named after Robert Atkins, aka the Atkins Diet. This ultra-low carbohydrate diet  – and other more modern versions, is based on remaining in a state of ketosis, indefinitely, thereby conditioning your body to utilize fats and proteins for the bulk of energy needs.

The state of ketosis can also be achieved for shorter periods of time when fasting. The many intermittent fasting techniques are designed to activate ketosis through periods of all-out caloric deprivation as opposed to through constraining carbohydrate intake.

Ketosis often leads to weight loss rather quickly – at least initially. Our bodies move into adaptation mode in order to survive and begin to utilize fat stores for energy because dietary sugars are insufficient.

Whether or not maintaining a level of carbohydrate intake low enough to maintain this adaptive state is either realistic or healthy on the whole depends on the individual. 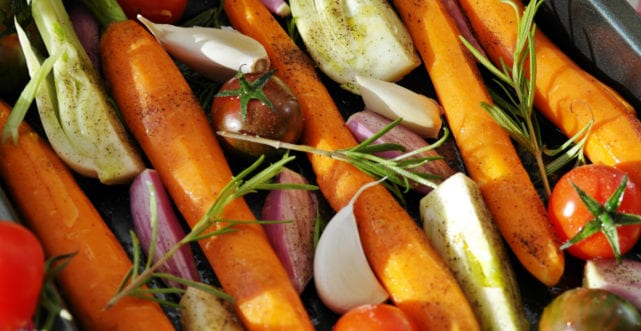 Carbohydrate should come from natural sources

Research is interesting – and encouraging, as it points to many potential health benefits of ultra-low carbohydrate diets, but there is a long way to go before the benefits can be synthesized into something prescriptive for the general public.

Balance Over Binary Treatment of Carbs

Until then, the best solution is not always what is optimal, but rather, what is actionable given a realistic assessment of the situation. Carbohydrates should not be an all-or-nothing proposition. The problem is not necessarily about carbohydrates (or fats), but rather, about nutrition as a whole.

Carbohydrates should not be an all-or-nothing proposition

Contemplating nutrition without considering the context of the individual and the desired lifestyle can fall into the trappings of alchemy. In other words, cutting out carbs can be “good” or it can be like trying to turn lead into gold, depending on the individual, their lifestyle, and their goals. For most people, the likely solution falls somewhere in the middle of the various extremes.

What would Hildegard do?

We often wonder what would Hildegard of Bingen do? Whether she would endorse a Hildegard fast or simply advocate for moderation.

We can avoid falling into the fads of nutritional alchemy by focusing on our macronutrients – fat, protein, and carbohydrates, the fundamental components of our diets. Understanding how they contribute to our overall nutrition while being mindful of caloric intake and, of course, level of physical activity, is still the best way to navigate the shifting trends emerging from nutrition science.