Last Thursday, I was delighted to spend the evening in Salt Lake City’s Plan B Theatre to watch Tim Slover’s critically acclaimed play based on Hildegard of Bingen’s Virtue.  Simply stated, I loved it!  The acting was tremendous, the writing sublime, and the set held everything together with elegance.

The play kicks-off during the time preceding Hildegard’s move to Rupertsberg, when she had just conceived of her second visionary piece, Ordo Virtutum. The story follows Hildegard’s relationship with a young nun of historical importance, Richardis, and we watch as their relationship blossoms. 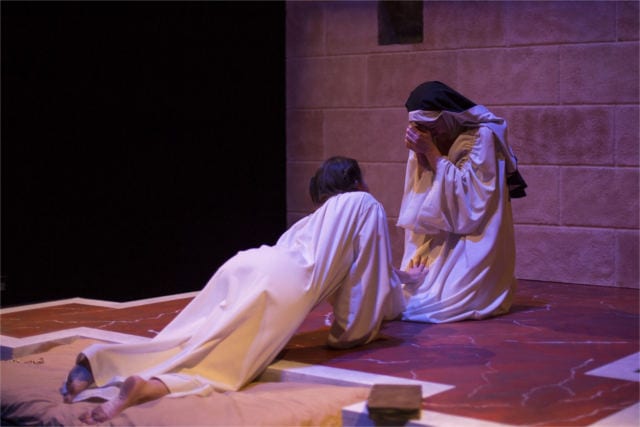 Richardis serves both as Hildegard’s assistant and her muse. We watch her support Hildegard in composing music from her visions; an aspect that had confounded Hildegard’s trusted assistant, Volmar. Virtue shows Richardis as a hero who contemporaneously inspired Hildegard’s creativity, while inspiring tolerance.

The play of Virtues

Ordo Virtutum comes to life for Hildegard through a real life conflict between virtue and vice. Under the scrutiny of social and religious order, Hildegard faces the personal challenge of whether to accept the virtue of her feelings for Richardis. Alternatively, she feels pressure to condemn a relationship that fails the conventional model of love handed down through scripture. 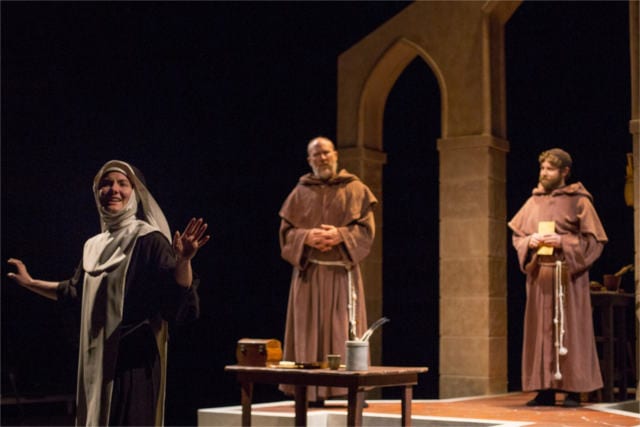 Through this dilemma, Virtue brings Hildegard to life. And in doing so, it offers a contemporary perspective of a medieval nun, filling her with the spirit of a modern woman. As Hildegard and Richardis dispense with the rigid disciplines of Benedictine order, they embrace creativity, through which the central conflict of virtue and vice begins to resolve.

The Bread of Life

Christy Summerhays gracefully shows Hildegard as a human in possession of an independent force, relying on pure intuition as a trusted source of God’s wisdom. We see merit in the notion that humans possess a framework to assemble our day-to-day condition. 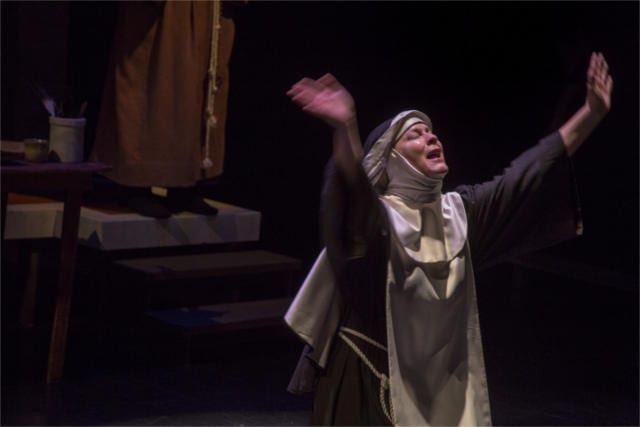 Not surprisingly, nutrition plays an important role in Virtue. Hildegard unapologetically responds to her appetite for bread; we choose to believe it is spelt bread that Hildegard craves. The play ends with Hildegard reminding Richardis that she never allows herself to go hungry.  A subtle reminder that God gives us the desires we need to live.

After the play, I was honored to join Tim Slover, Jerry Rapier (the director) and most of the cast (Christy Summerhays, Emilie Starr, and Jay Perry) for dinner. We had a terrific time discussing Hildegard and the theatre. 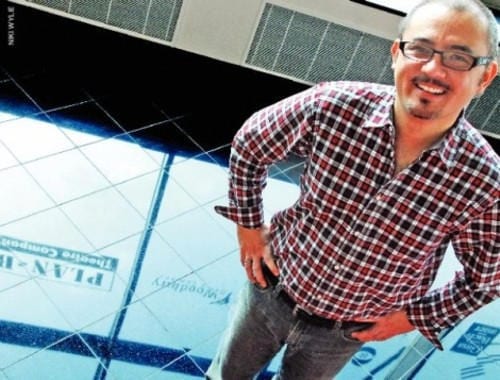 While only 4 actors perform in the play, the cast feels plentiful. Perhaps the director, Jerry Rapier enhanced the depth of life on stage by intentionally seating the audience on both sides of the stage, in a manner similar to collegiate church seating. The darkness surrounding the light on stage perfectly captures the illusion of an abbey full of life. 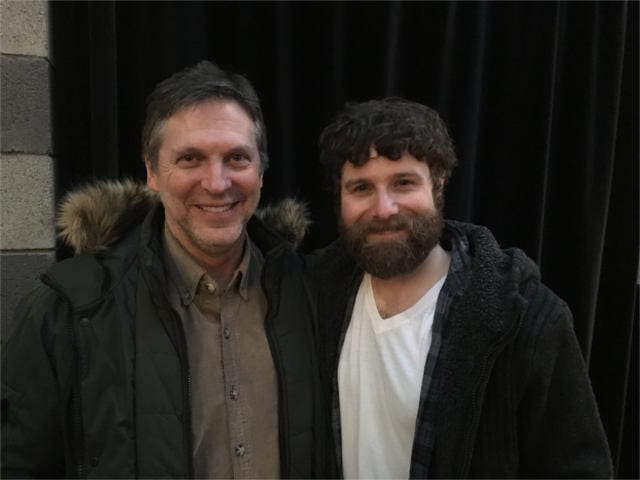 I learned so much from this group of professionals, and came to appreciate the subtleties of theatre that make watching as rewarding as reading a good book. Though he would never admit it, Tim is a true expert of the theatre. After all, he spends his days as a professor of playwriting at the University of Utah.

For more about Plan-B Theater and how Virtue came to be, see our post on Hildegard on Stage.